It's SuperBowl Sunday, so what are a bunch of kayakers to do? That's an easy choice...who cares about the big game when we've got kayaking to do!
Today we're putting in at Cooper's Cove in Sooke. It's cool and cloudy this morning, and there's also a forecast for a bit of a breeze. We were worried it might be too rough to go out of the cove into the Sooke Basin proper because of the breeze, but the winds simply never materialized. The water was flat and inviting, and we took up its offer.
The tide was right in, as we were launching at high tide. We didn't realize that we have so little beach to launch from. So we took it in turns to launch and headed out one at a time. Today we had Jason, Richard, Paula, Bernie, and Louise paddling. 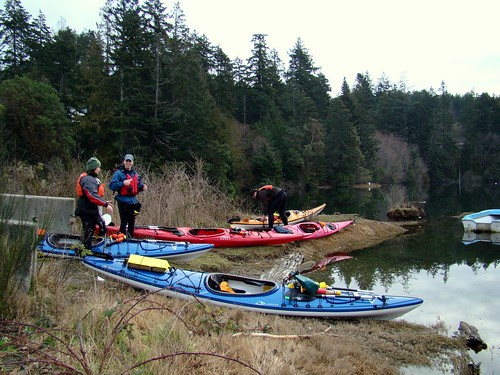 And yours truly, of course. 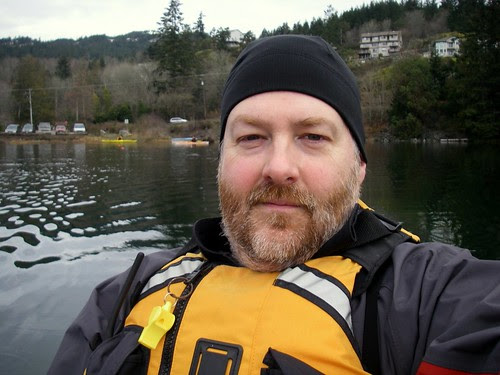 So our little fleet headed out into the cool but otherwise perfect paddling conditions. 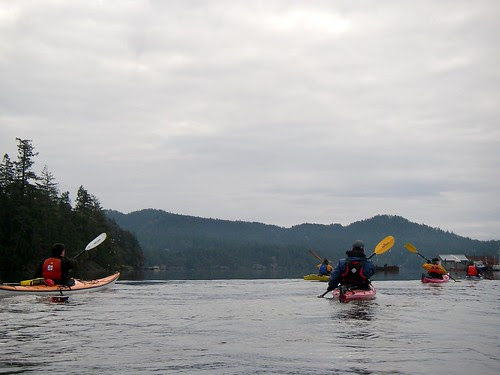 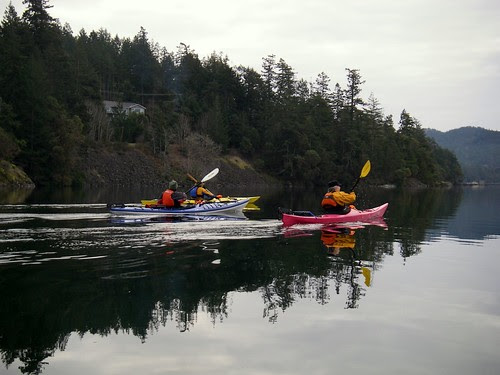 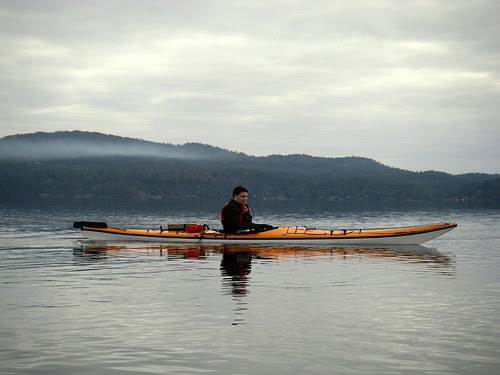 We left the Cove and entered the Sooke Basin. We decided to head west towards where Sooke River enters the basin. None of us had gone this way before, so it would be a new experience. With the tide changing just as we were launching, we would be paddling into the out-going current on our return, but it shouldn't be too bad.
Always remember kids -- practice safe boating. 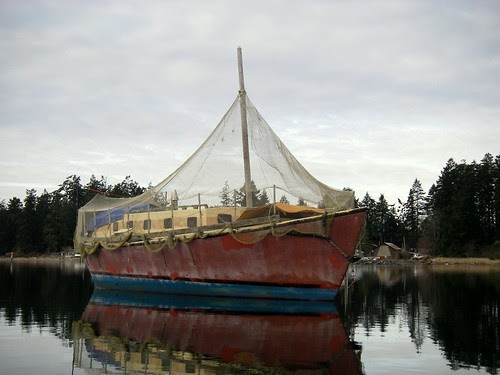 Many people have accused Bernie of losing his marbles. Well, give him some credit -- here he is looking for them. 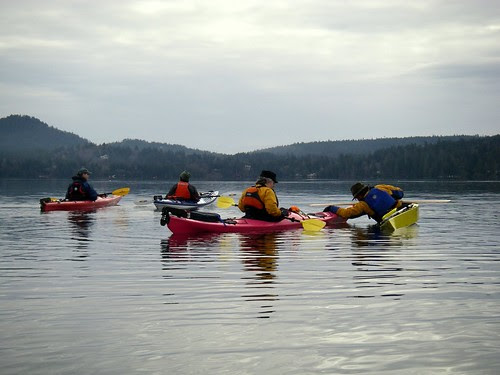 Here's a fishing boat tied up for the winter. You can see just how glassy smooth the water was. It was just about perfect for paddling. 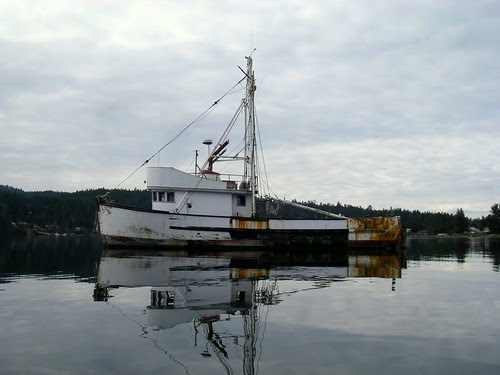 We made it around the point and into the mouth of the Sooke River. There's a highway bridge that you cross over just as you enter the town. While the rest of the gang went to the bridge, I went to check out something that caught my eye.
This seagull had found a gnarled tree branch to perch on. And even though I was a fair bit offshore, it was pretty shallow here which surprised me. 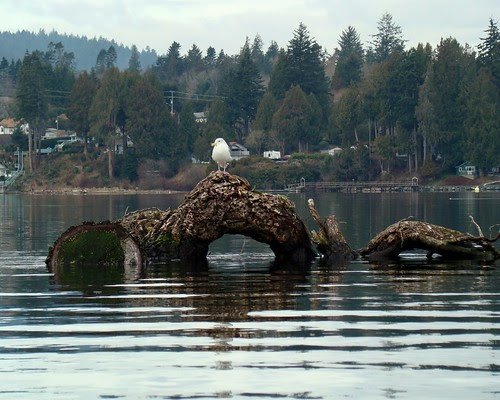 The other seagulls were giving me The Evil Eye. Since I was vastly outnumbered, I thought it best that I retreat. I was barely gliding over the bottom, and this was at high tide.
This stump begged me to take its picture. So I did. 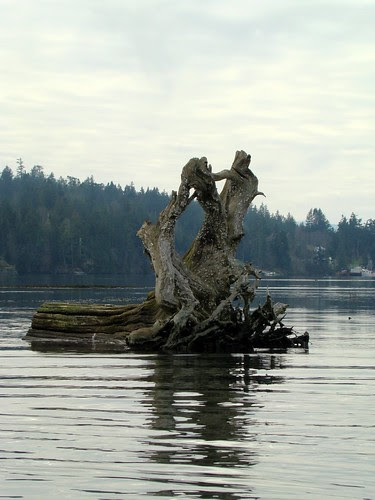 As we turned to head back, we could see all the chimney smoke trapped by thermoclines. There wasn't a hint of breeze today, which is unusual for these parts, so for the moment the smoke wasn't going anywhere.
It was a super paddle on a super Sunday. 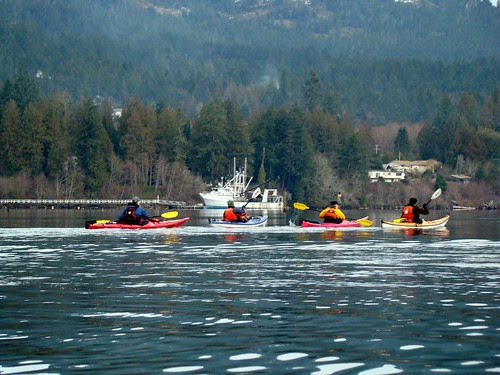