The idea today was a paddle from the Songhees out towards the Outer Harbour, down by the Coast Guard Docks, Fishermans' Wharf and such. It was going to be Louise, Paula, Bernie and myself today. 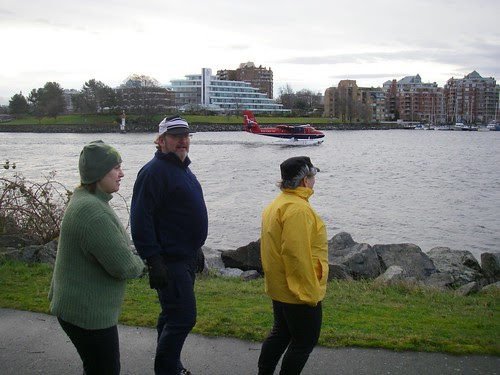 The forecast was for only for winds up to 15 kmh, but we were clearly getting much higher winds than that when we got the Harbour. The wind wasn't too strong for the seaplanes, but it was too strong for us. 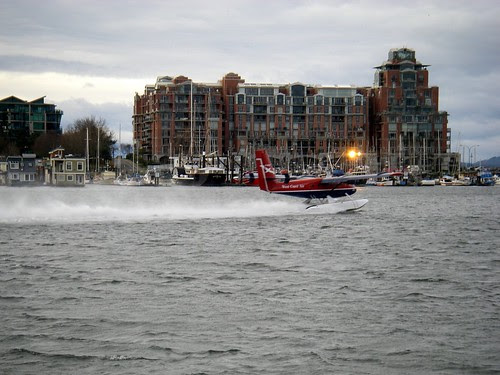 We walked along the shore, and eventually Paula found something that she could steer around the harbour. 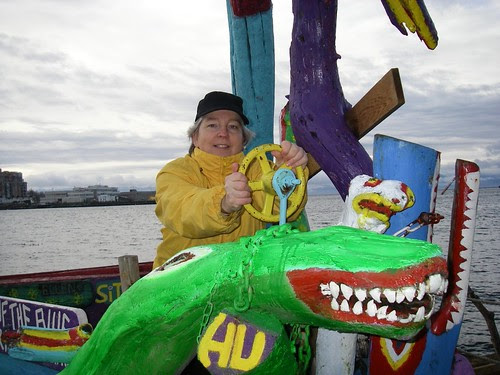 So instead we hit the kayak stores, then wandered through Chinatown, which was getting ready for the Chinese New Year celebrations later today. 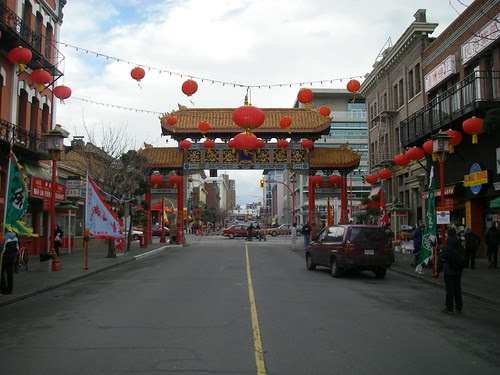 Bernie even bought a new hat to honour the occasion. 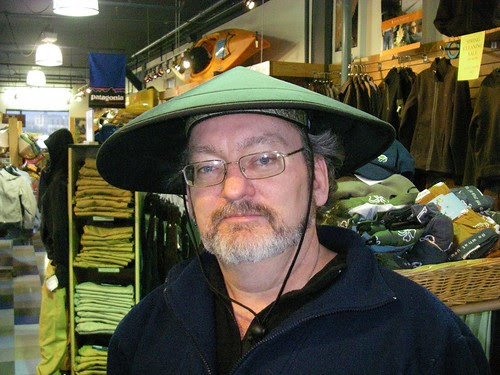