Saturday was supposed to be a decent day for paddling, so we decided for a little paddle off of the home port at Cadboro Bay. 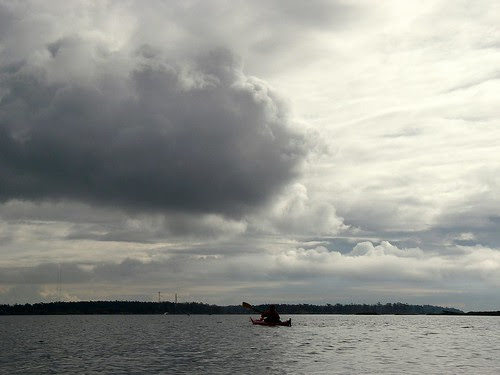 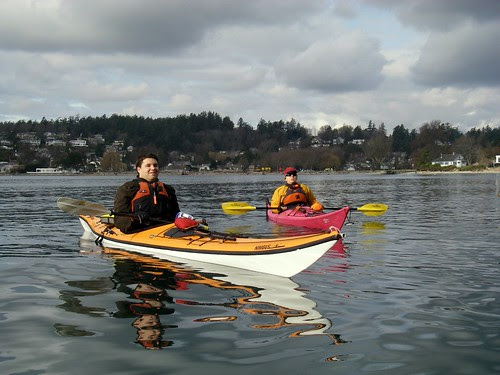 ...and Bernie and myself. 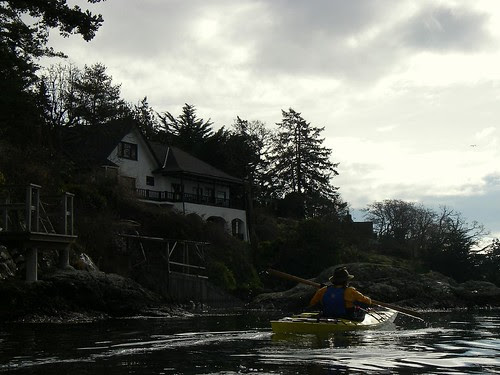 We put in at Gyro Park and headed out down the south side of Ten Mile Point towards Flower Island. It was forecast to be reasonably sunny, but there was the occasional dark cloud around above us and what looked like a front passing south of us, so we were wondering if we would get some squalls coming through.
We decided to head on out and the let weather come. But we were going to stick reasonably close to shore just in case. 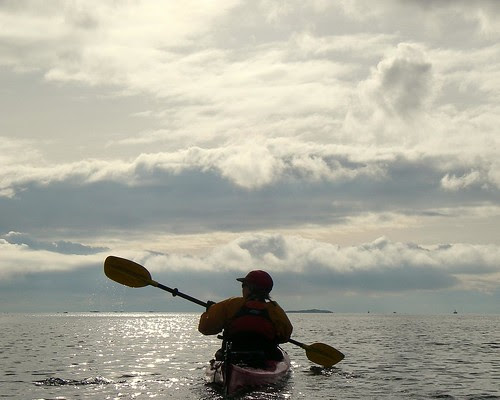 The clouds broke up and we ended up with a mostly sunny paddle. We went out to Flower and Jemmy Jones Islands. Then we headed south off of Cattle Point and ended up at one of the lighthouses off Willows Beach. We debated heading out to the Chain Islands, but we knew that the "freight train" would be running and picking up speed, so we stayed close in. 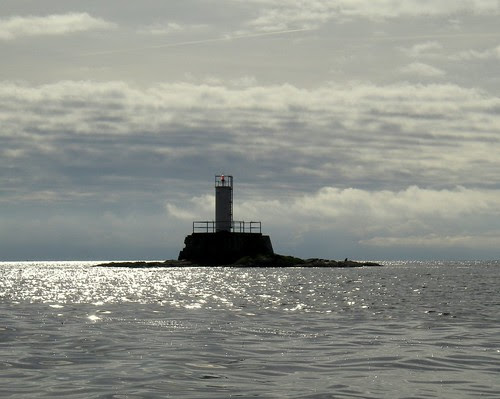 We put in briefly at Mary Tod Island as Bernie needed to make an equipment adjustment. Then he struck a heroic pose. Go west, young kayaker. 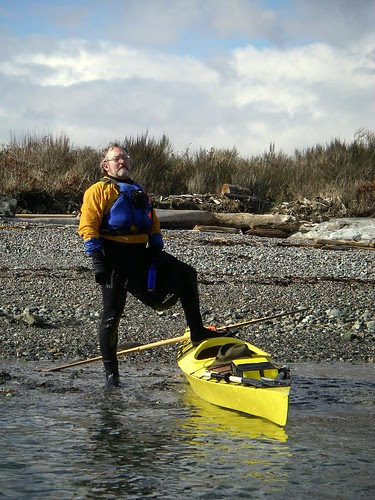 After the brief stop, we headed back around Cattle Point and here we saw some cormorants enjoying their perches. 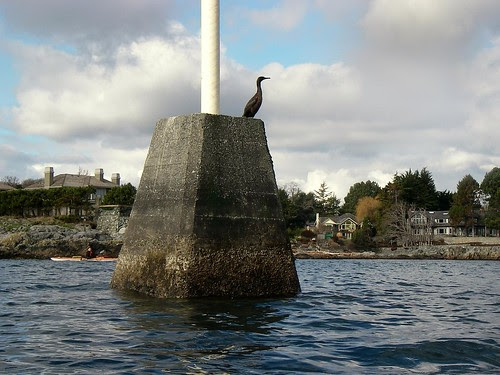 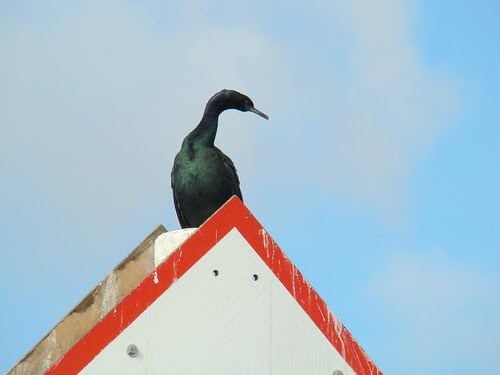 We spent some time noodling in between the rocks and islets. The tide was fairly high (although ebbing) so this gave us a chance to play between some rocks that we don't often get to. That's when Bernie spotted this eagle. 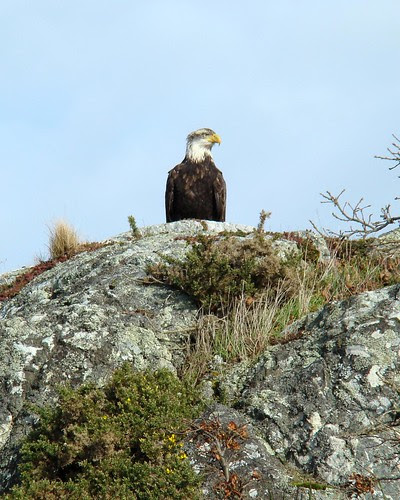 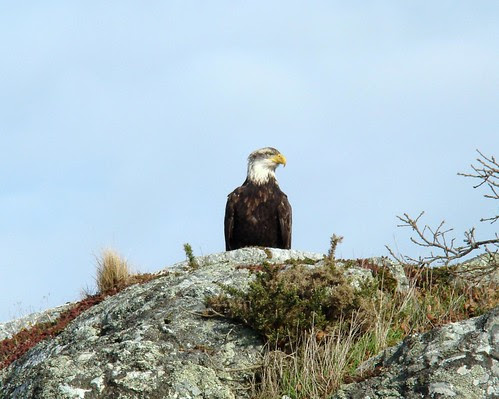 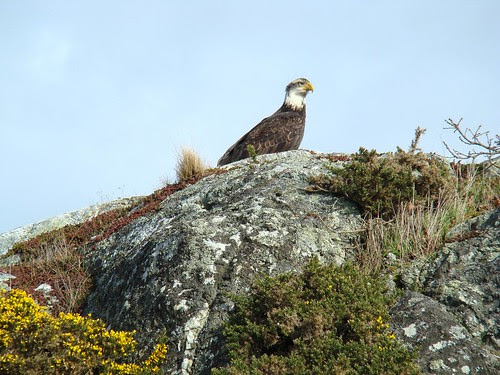 All in all a lovely day on the water. 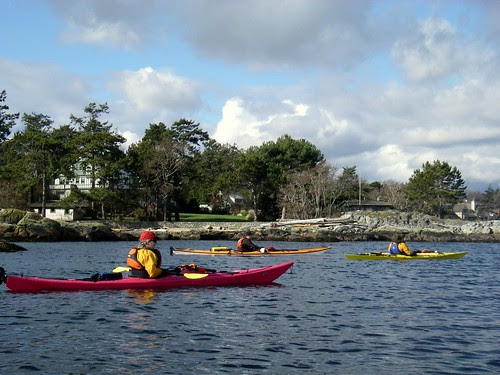 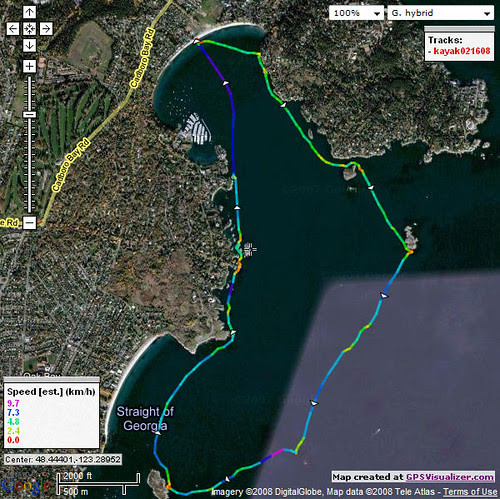 Richard's GPS track of our paddle, originally uploaded by chaffneue.
Posted by John at 3:18 pm