Bluster on the Harbour

Once again, the weather forecast was somewhat misleading. It was forcast to be sunny and clear, but it was cloudy and windy instead. But we were planning to go up the harbour into The Gorge, so we would not be going out into open water. 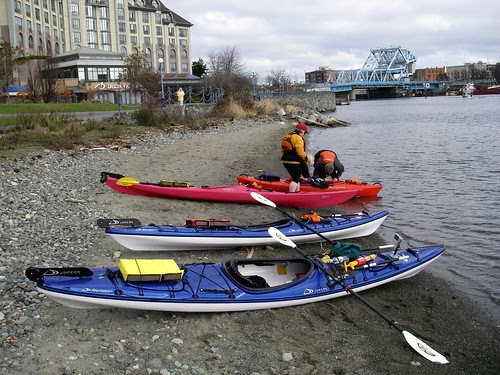 It was Pebbles, Louise, Paula and myself today. 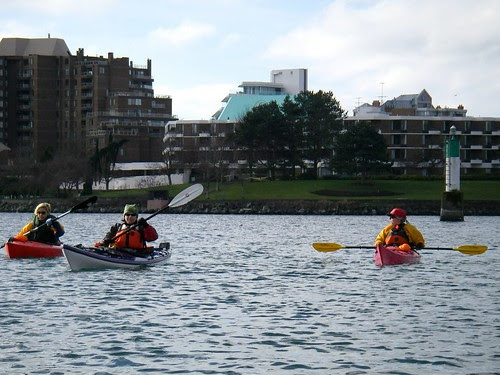 We headed into the wind... 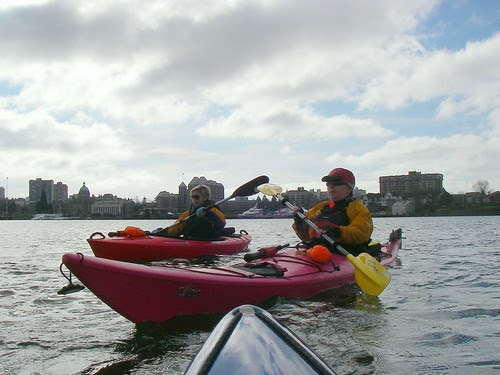 ...and towards Ocean River Sports where Bernie and Marlene were joining us in a rented double. 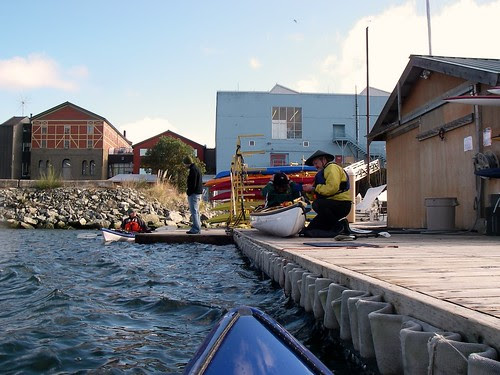 We headed under the Bay Street Bridge and carried on up The Gorge... 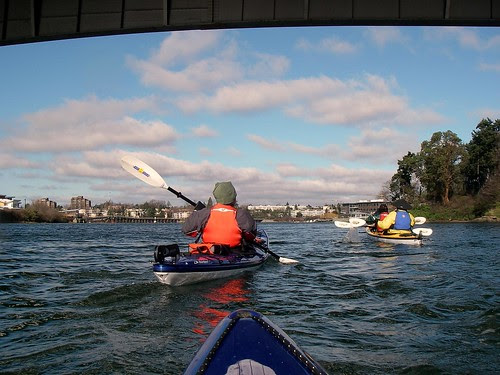 ...and under the Trestle Bridge. 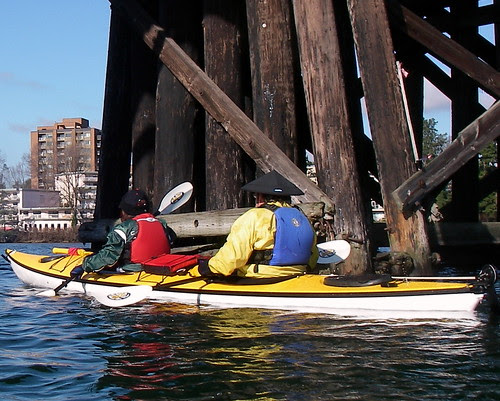 We didn't see much in the way of wildlife today, but we did see something that you don't see on the water every day: a floating leather sofa. The tide was ebbing and the current carried it away, perhaps even out to sea. (Kids, remember that when you're encountering sofas in the wild that they are generally scared of humans and won't bite. In fact, they're just as scared of you as you are of them.) 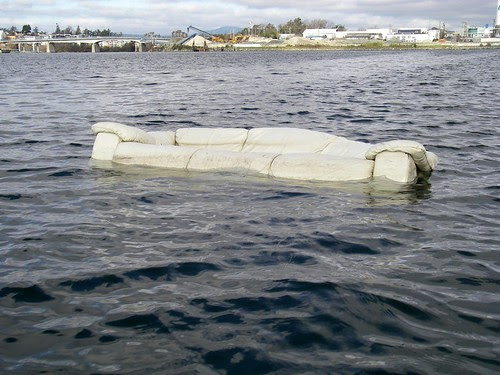 We paddled up Cecelia Ravine, a small creek that runs into The Gorge that we've never explored before. At low tide, this is mostly a mudflat and a good place to spot herons and other birds, but we were here at high tide and there weren't many around. 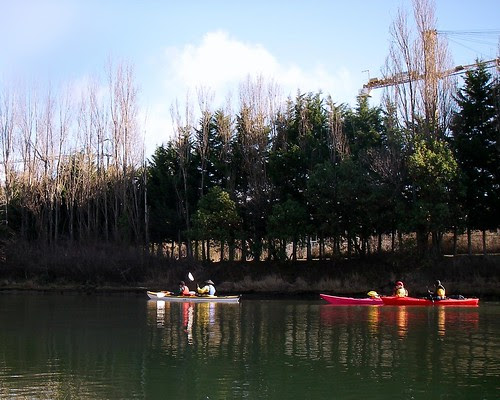 We tried, but we couldn't go up very far. It dead-ended under Gorge Road. 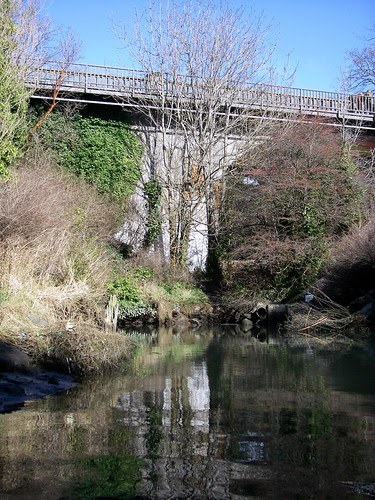 Marlene was having a good time. She very quickly figured the secret to paddling in a double: relax and let Bernie do all the work. 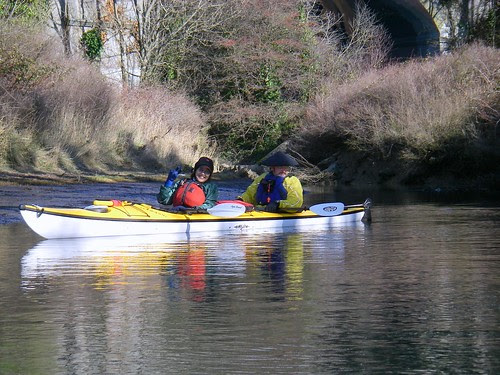 As I said, not much in the way of wildlife today. But we did see this really gnarly tree. 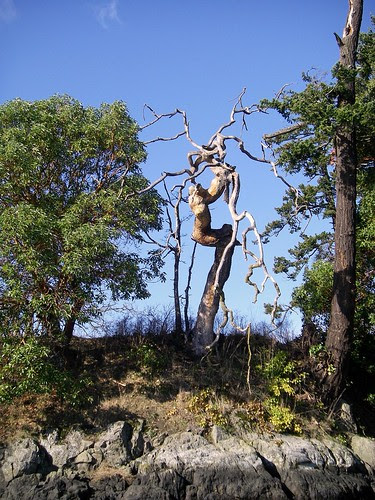 The wind died down and it was time to head back. 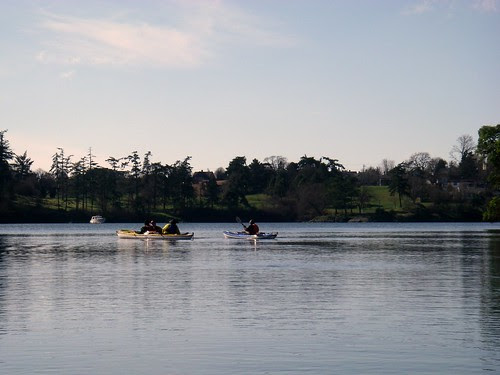 John's pictures are here.
Posted by John at 6:10 pm