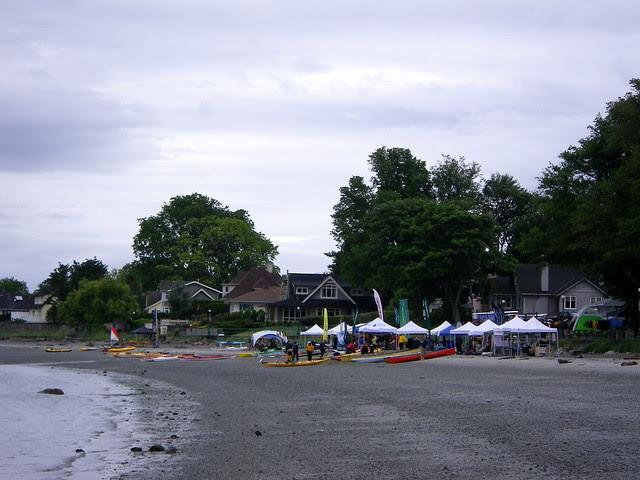 The rain let up just as Louise and I arrived at Willows Beach to enjoy the 2011 MEC Paddlefest Victoria. Overcast skies and a breeze greeted us as we began out tour of the information booths.

Nothing says kayaking like a donkey! Or did we miss a turn and somehow end up at a 4-H event? 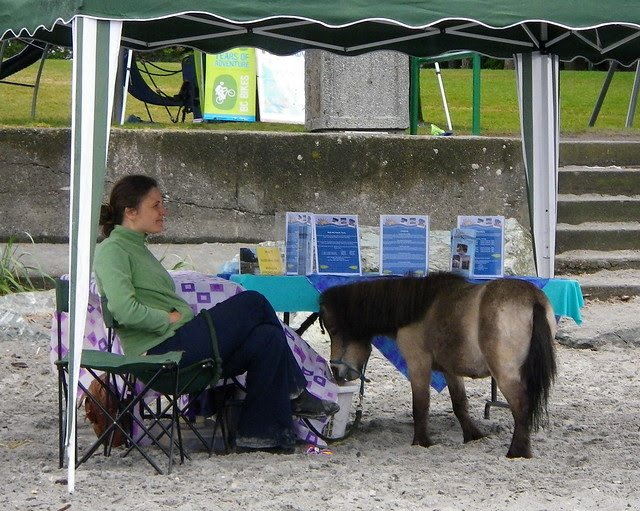 No, it's a paddlefest. We found Paula manning the Straitwatch table. 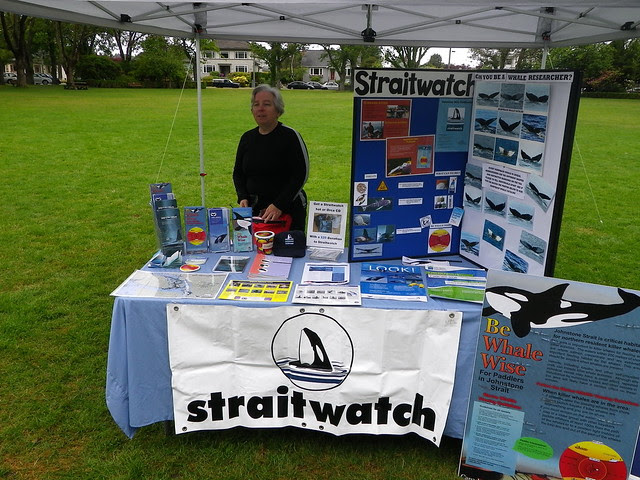 Here we met a local shark researcher investigating the local waters for basking sharks. They are listed as endangered in BC waters as they were hunted to near extinction in these waters in the middle of the last century. In fact, extermination of the basking shark was official (and short-sighted) government policy in the 1950s.

It's not known how many basking sharks are left on the coast of BC -- there might not even be any -- but there has been a sighting or two in the last couple of years, giving hope that at the very least the occasional transiting basking shark might be paying regular visits.
If you've ever seen a basking shark in local waters, the Department of Fisheries and Oceans wants to hear from you.

After that we hit the beach.... 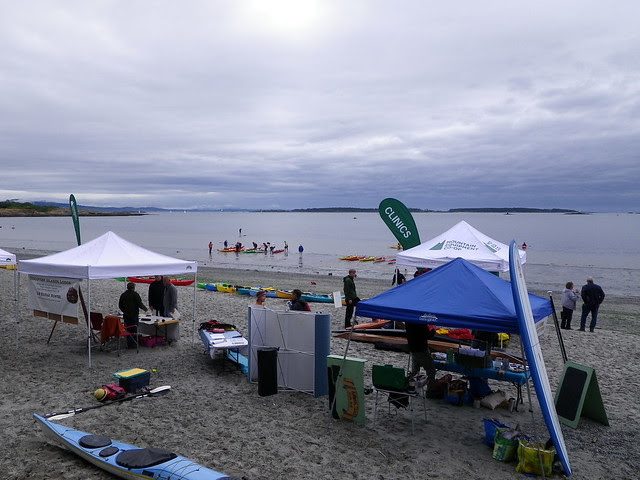 ...and I took an Atlantis Titan for a spin. I also wanted to take out a Current Design Solstice GT Titan but the guy manning the Current Design booth didn't seem very interested in helping me.
However, Tony from Tony's Trailers was keen to show off his kayak trailers for bicycles. 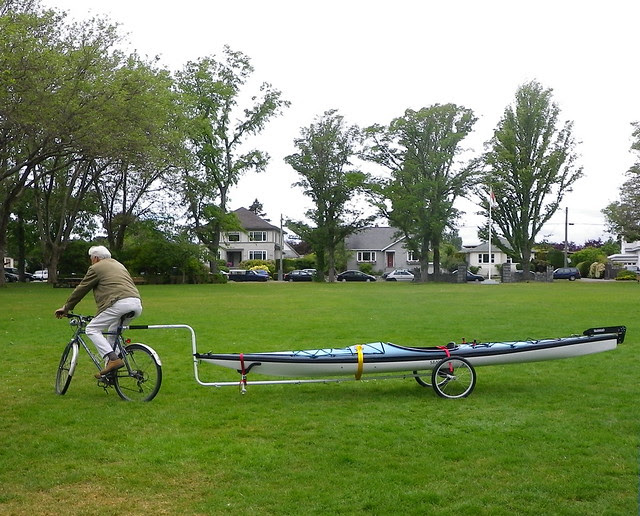 The weather seemed to be keeping the crowds away, but those of us that showed up had a great time! 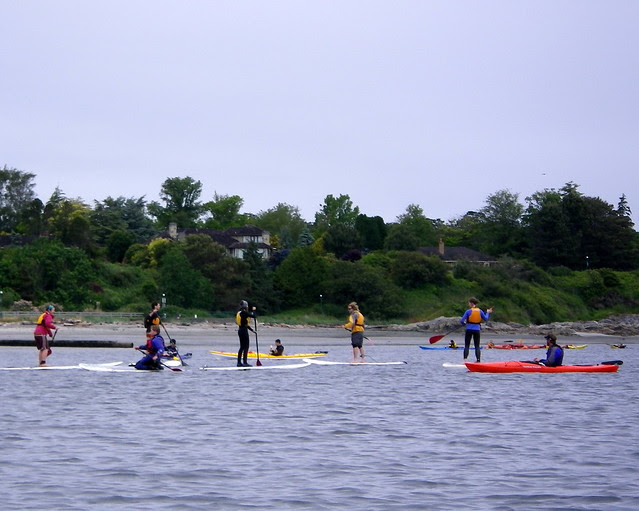 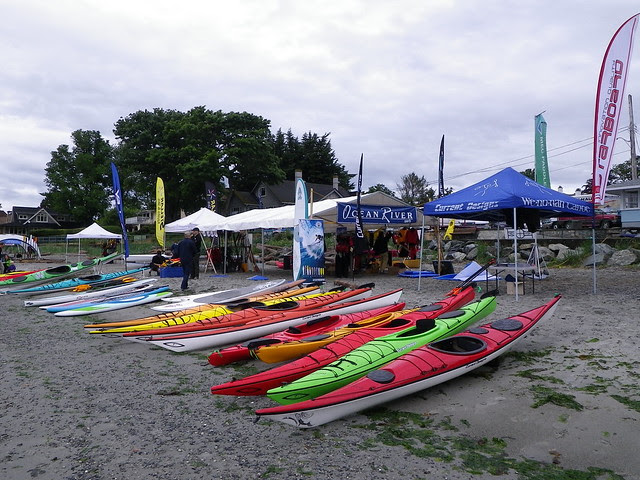