Yesterday was one of those days that was made especially for being outside and doing your thing, whatever your thing is. And Louise's and my thing was to kayak around Albert Head. 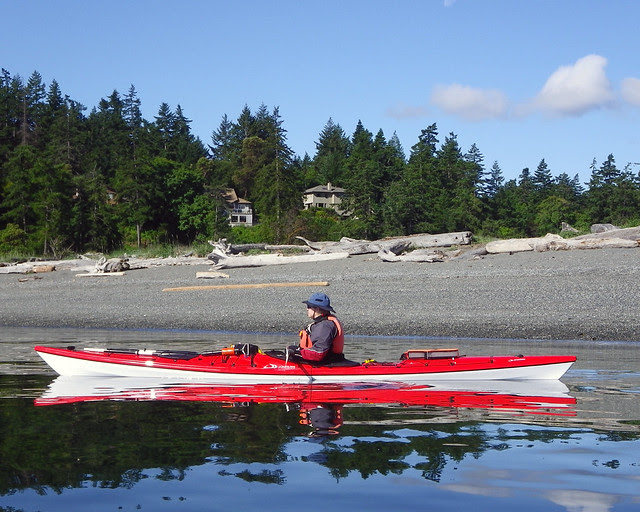 It looks like Spring may finally be here...just in time for Summer to arrive on Tuesday.

As we headed off around Albert Head, a small headland on Vancouver Island just west of Victoria, we passed a couple of families of geese enjoying the bright sunny morning. 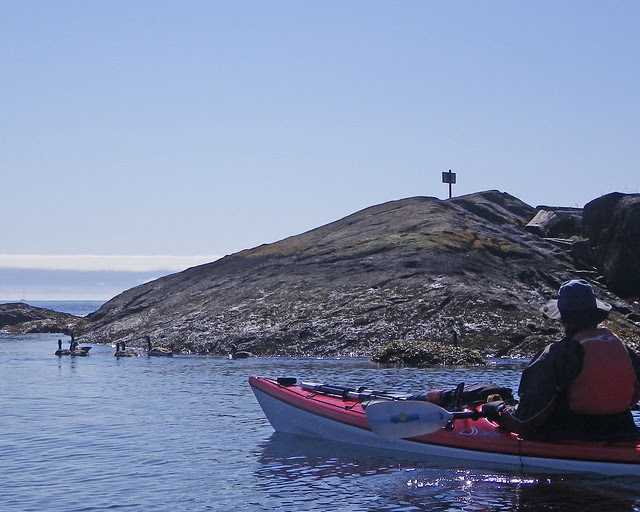 We reached the small short cut that we like to call "The Short Cut." Even with the lowering tide, we could still make it through the channel and cut a couple of minutes off the journey around the point of Albert Head. 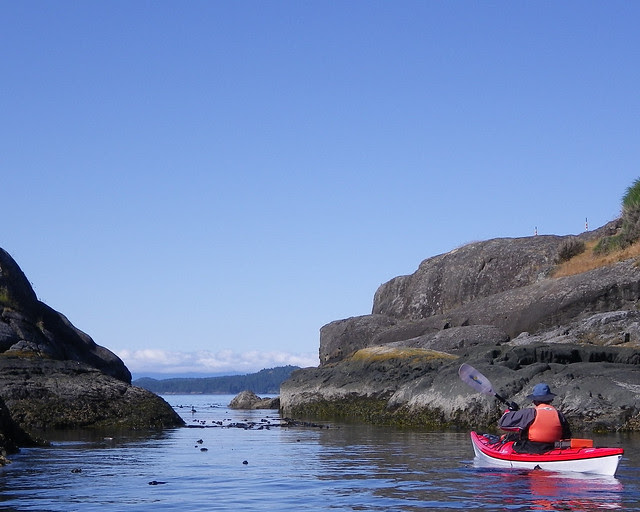 As we paddled along we could here the familiar whirring of a helicopter off in the distance. There is passenger helicopter service from Victoria's harbour, but this seemed to be closer than that. We assumed that there must a helicopter performing some manoeuvres at the nearby military base and moments later, we were proven correct as a chopper flew over us. 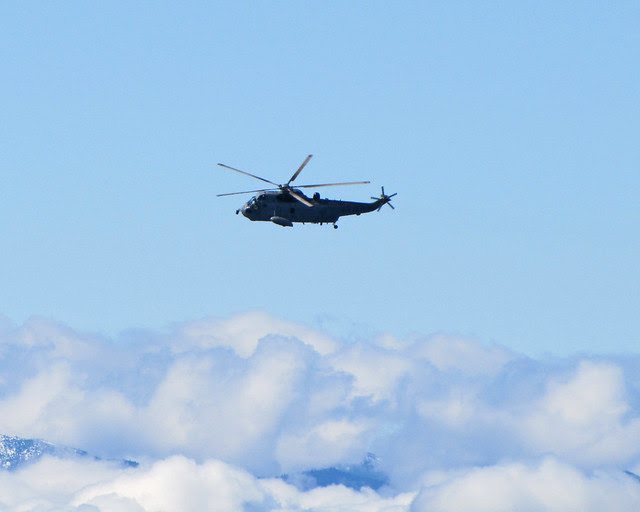 I'm no expert, but I'm guessing this was one of the last of the SH-3 Sea Kings that's being phased out this year.
The seal didn't care what it was -- he just thought it was too noisy. 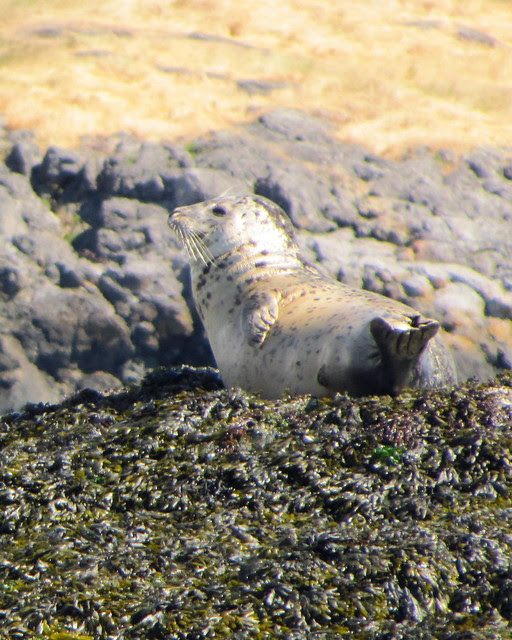 A couple of minutes later it was back, and this time passed at tree-top height over the bathers at Witty's Lagoon. 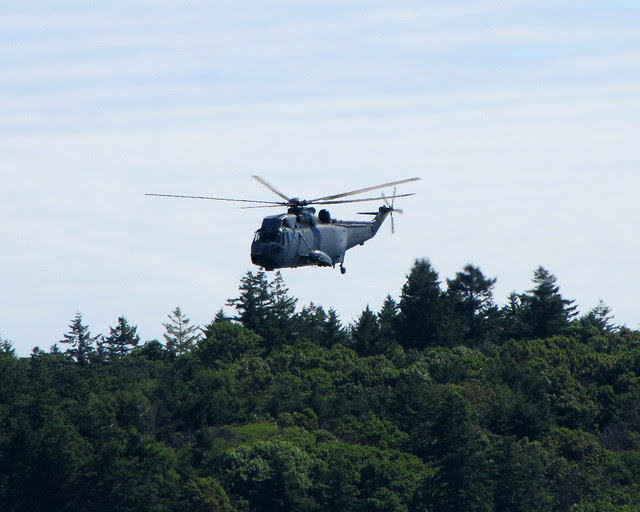 That seemed like more than enough excitement for us so we started back. 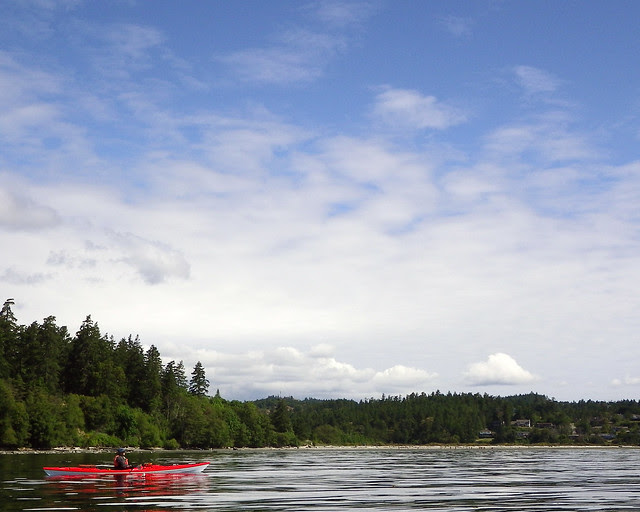 The seals didn't care one way or the other...as long as we were quiet about it. 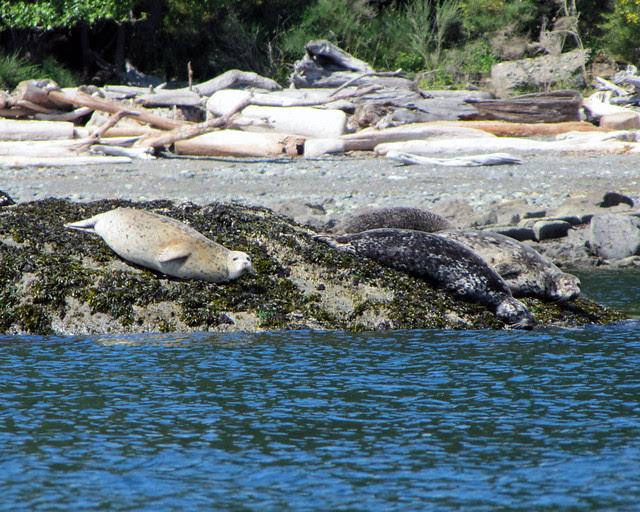 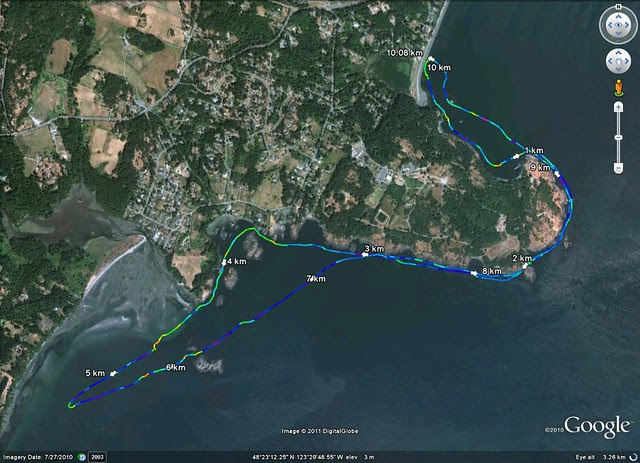