Yesterday, Louise and I met Paula for a quick paddle down in the Inner Harbour. We hadn't paddled here in a while, but if you don't use it, you'll lose it to developers who think it's their universe-given right to exploit public land to make a profit for themselves to the detriment of the people who actually live here. But I digress.

We put in on the western side of the harbour on a little beach in what is known as the Songhees area of town, but 150 years ago this was the hub of the Songhees nation. 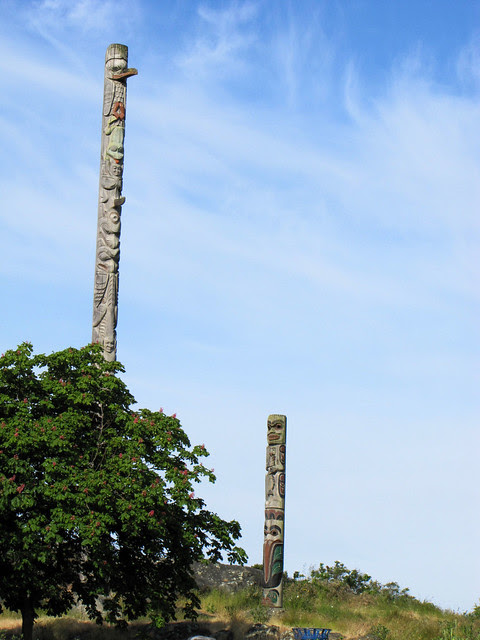 Two modern totems watched us as we prepared to launch.

Louise was very excited to practice the skills she learned at last week's tidal currents course. but the only skill she could remember was "the helicopter." 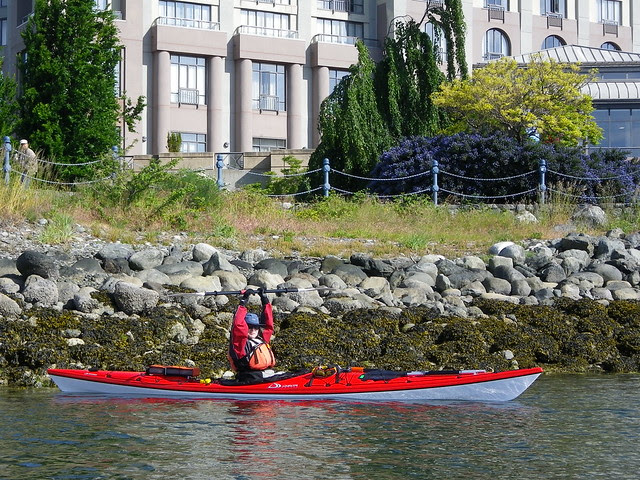 We start by passing under the Johnson Street Bridge, also known as The Blue Bridge, or Big Blue in these parts. 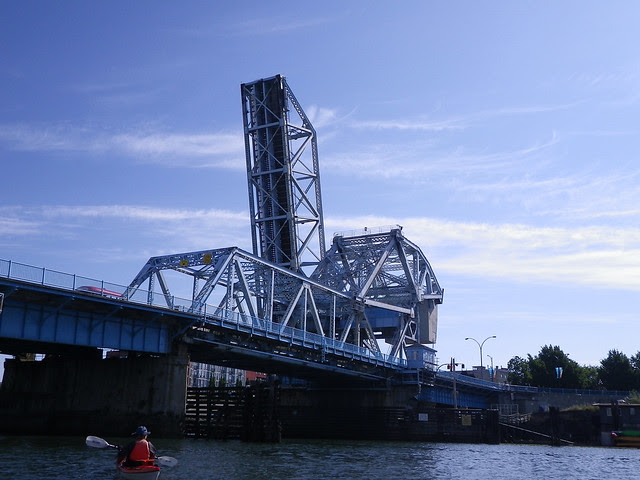 Enjoy this view while you can, folks. The old bridge had seen better days, and it will be replaced over the next couple of years. In fact, demolition of the rail side of the bridge will begin in the fall.
Under the bridge... 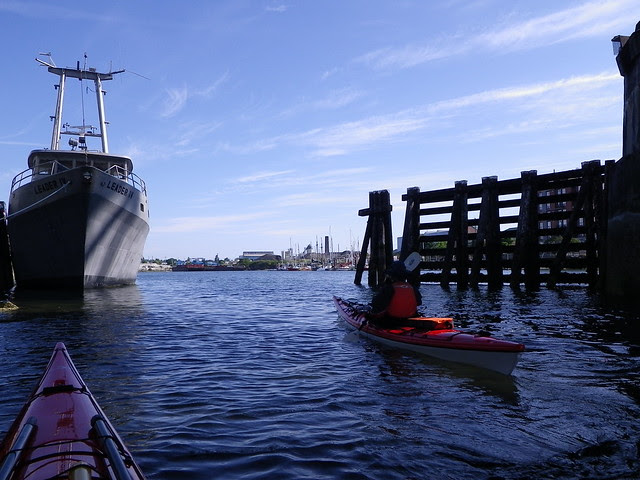 ...and past the industrial working harbour... 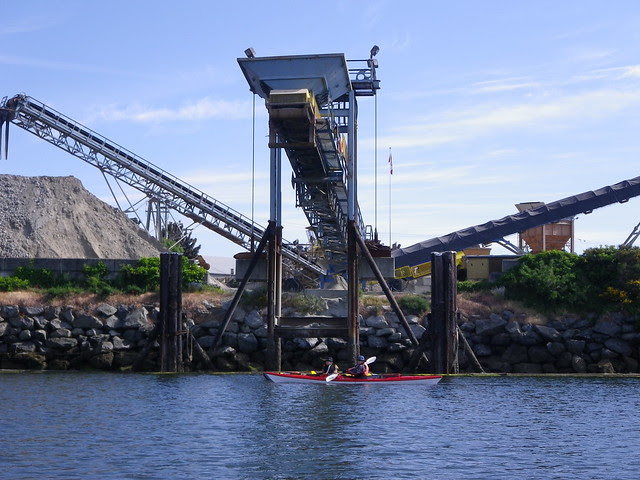 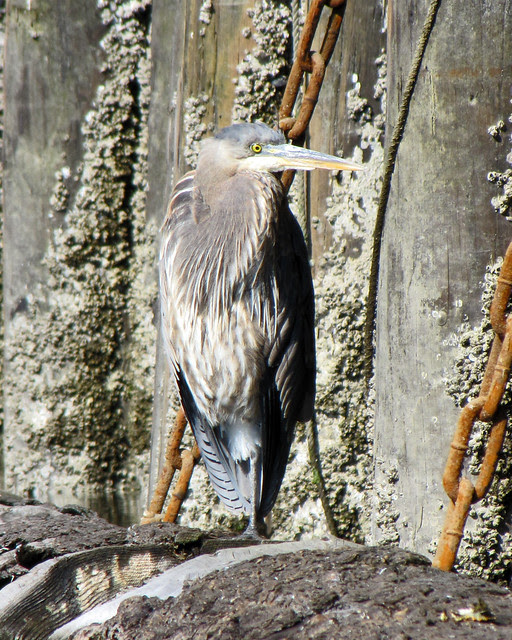 ...and suddenly we're into modern urban housing and retail. 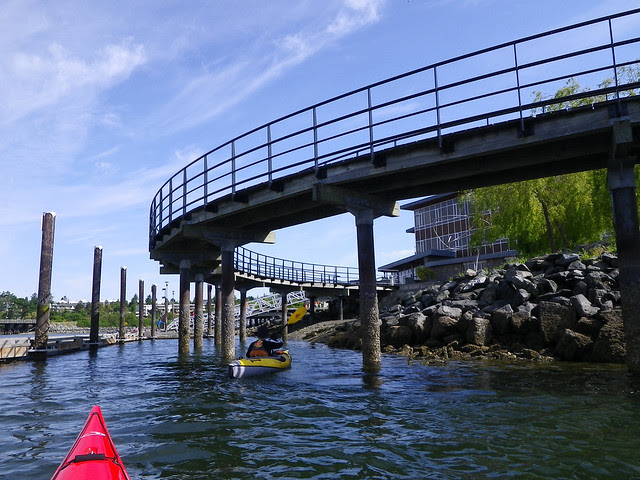 This heron is enjoying a late Sunday brunch. 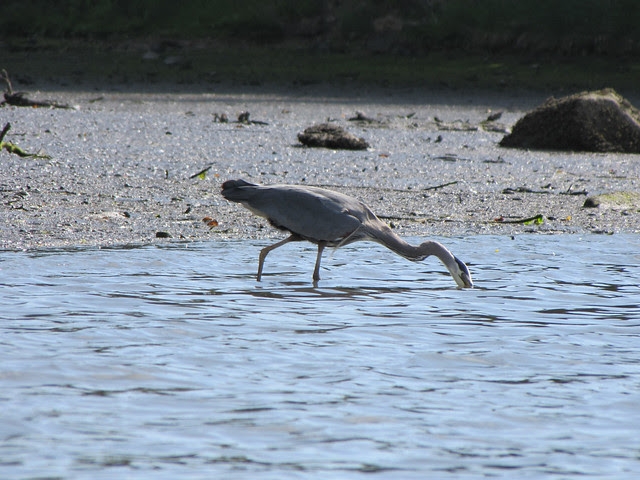 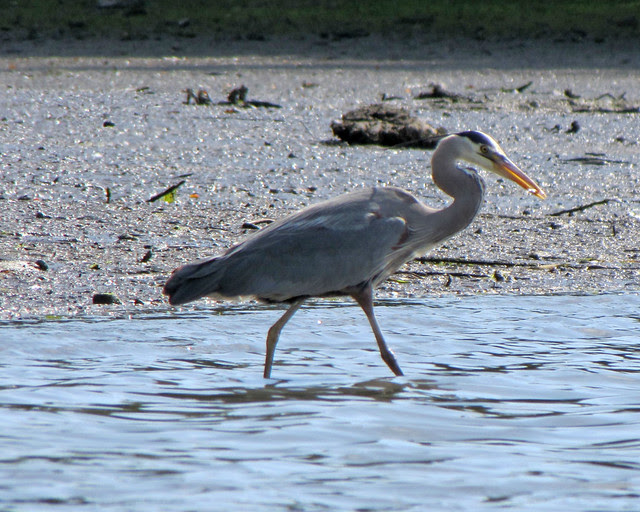 Clearly someone has an opinion on the Stanley Cup finals. 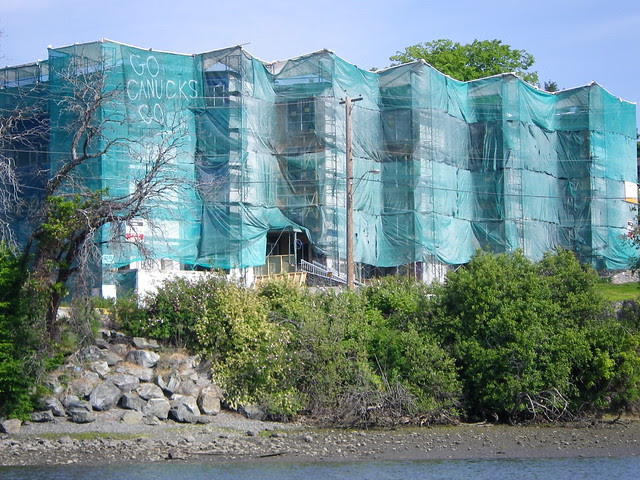 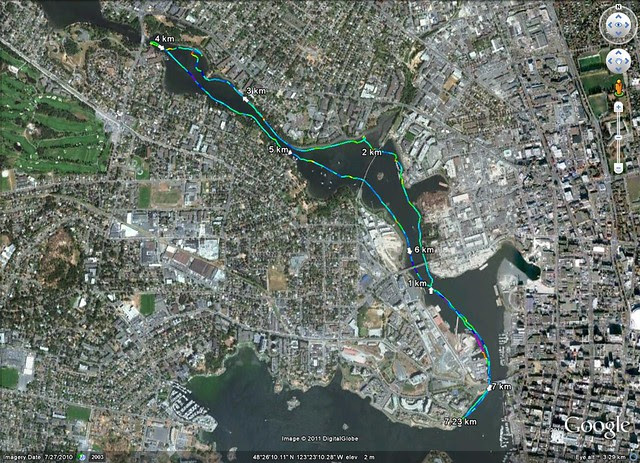