Bright and early Saturday morning, we headed up island towards Ladysmith for Vancouver Island Paddlefest 2008.
Actually, it was only early -- bright was not on the horizon, as the weatherman was predicting clouds and showers. Still, there were going to be so many kayaks on the beach that you wouldn't be able to spit without hitting one. Why you want to do that, I don't know.

Richard, Paula, Bernie, Marlene, Louise and I arrived just after registration opened and we quickly readied ourselves to try out boats. 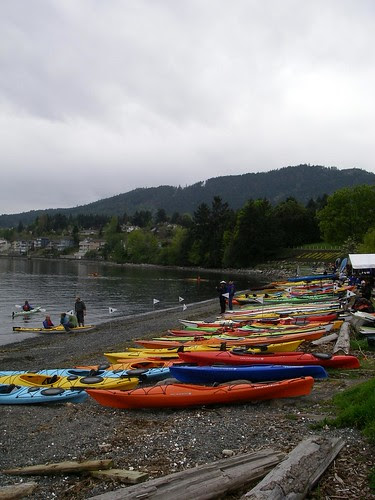 But before we got on the water, others were already test driving. This fellow was out in a wave paddler. It looked like a lot of fun, but it's clearly a flat water ride. 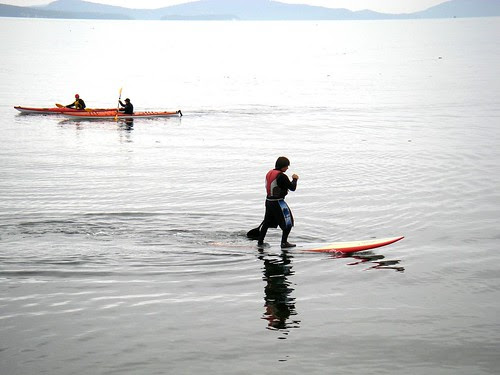 Louise didn't waste any time trying this new 16' Delta kayak. We really dug the black colour. The 16' is still a prototype - there's only two in the world and they were both here. 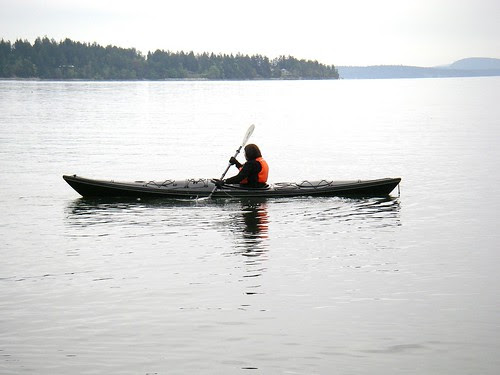 Louise tried the other 16' (a blue one) just to be safe. She really liked this model. She also tried a 17' as well -- she liked them both, but preferred the 16'. I tried them both, but they weren't for me. I can't say anything bad about them, just not right for me. (I prefer the Delta 18' which I tried later.)
Mark, if you're reading this, you need to get those 16' models into stores ASAP -- you have a sale just begging to be made! 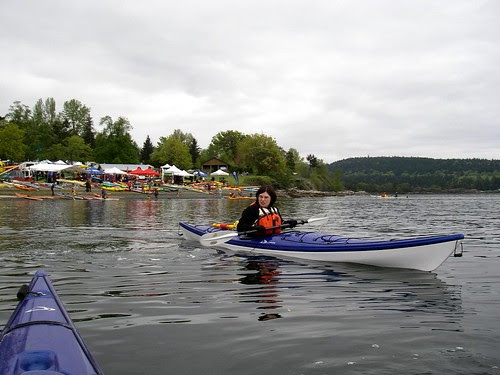 Here, Louise is trying a Current Design Kitsilano. Louise thought this boat was okay, but wasn't really impressed. I tried a Current Design Solstice Titan LV. It has a huge cockpit -- I was swimming in it! And this was the low volume version! I tried sitting in a regular Soltice, but found the cockpit a bit cramped. I may give it another shot at MEC Paddlefest next month. 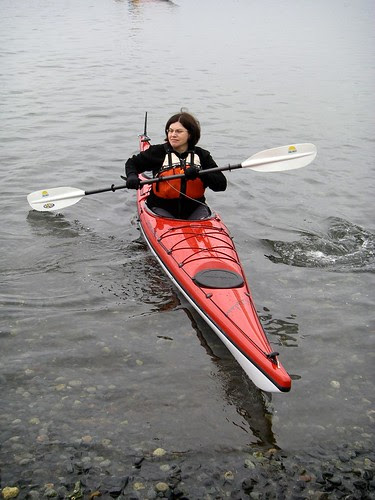 Richard is trying an Atlantis Titan. He didn't care much for this boat, but I liked it a lot. The only problem was that I couldn't get out of it. Getting out of a kayak is the only difficulty I have left over from my shoulder injury, so ease of entry and exit is important to me. This was the sweetest ride of the day for me, but sadly it failed the exit test. 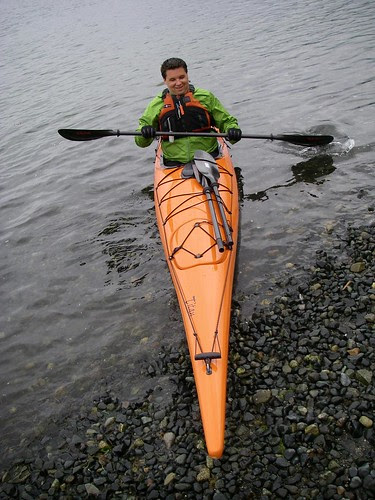 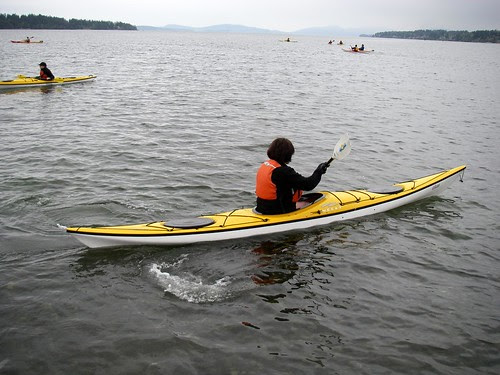 ...then she and Richard took out a couple of Seaward boats: Louise a Chinook, and Richard an Infiniti. Richard liked the Infiniti, saying that it was a very playful and edgy boat, but Louise also tried it and thought it was way too tippy. She much preferred the Chinook, but thought that it was too big for her. I tried the Chinook and thought it was a nice solid ride. 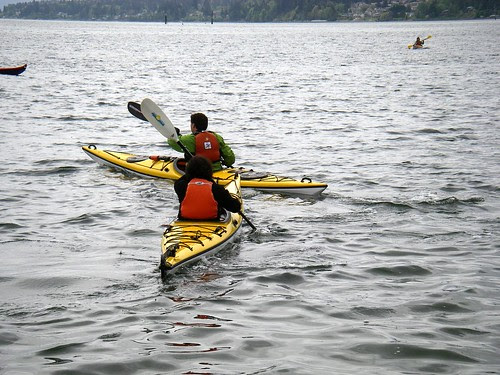 Sail and outrigger kayaks seemed to be popular this year. 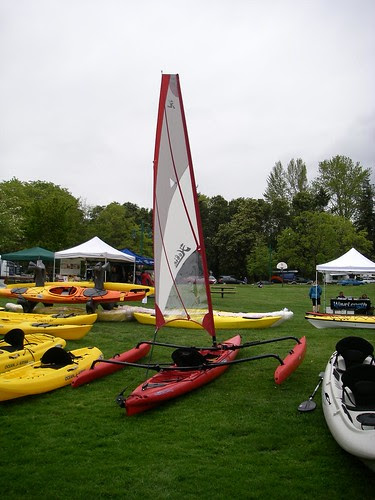 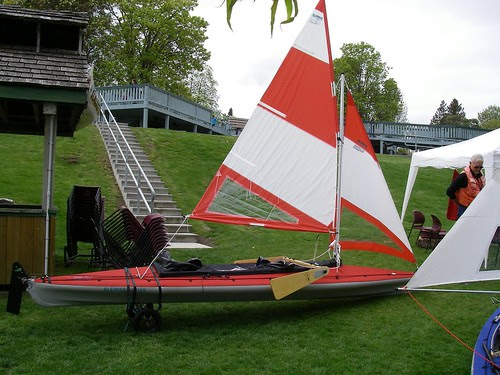 There was also this Velomobile that Nimbus kayaks is working on. This looks pretty cool. 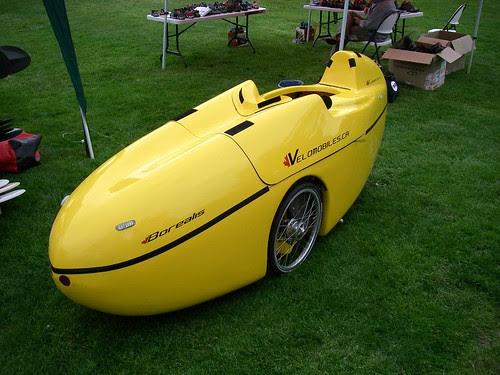 After all that paddling, there was hardly any time for mini-donuts! 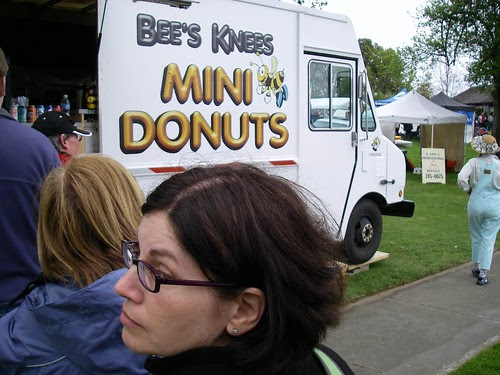