Yes, the rumours are true - finally we got some sunny weather here on the coast. And on the weekend, no less. (I even sun-burned my nose.)
So on this sunny day, Louise, Alison, Richard and myself headed out to do something that none of us had ever done: circumnavigate Coal Island. As Richard noted, it was the blind leading the blind....

As you can see, the tide was really low, which made for a slog in the mud to get to the water and get going, but once we headed out, the water was flat and calm and the weather gods continued to smile on us. We moved out of the bay, and crossed the entrance to the harbour north of where we launched. After that we faced two small channels to cross before getting to Coal Island, and we decided to explore the first channel instead of making a direct crossing. This was a good choice as we paddled around some beautiful islands and shoreline before crossing over to Coal. 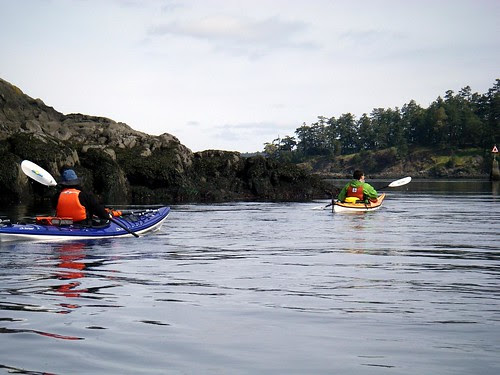 Everyone was enjoying the lovely weather - even this seagull on the pole.... 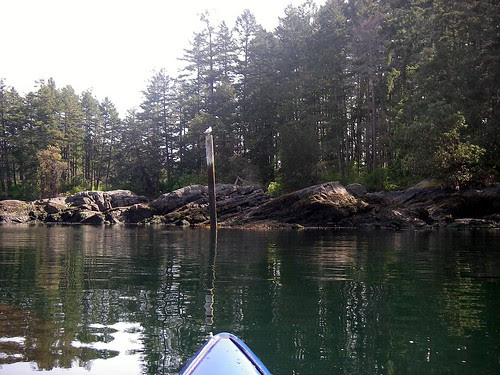 ...and these seals on a rock. We also saw what we think was an otter or a beaver climb up onto the island from the water.
We figured that we should have been facing a flooding current -- that's what the current charts indicated -- but here it was on the ebb. In fact, the currents always seemed to be going in a direction we weren't expecting them to. It was not such an issue on a calm like today, but something to remember if we're here on days that are a little rougher. 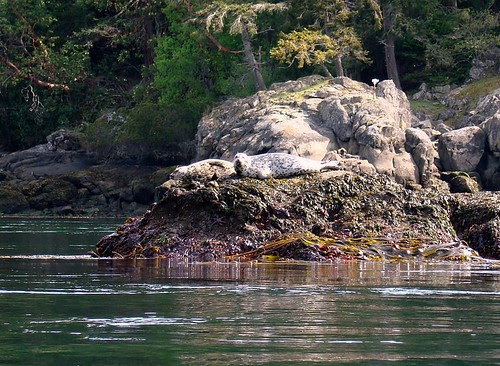 We made it to the far tip of Coal Island when something came across in front of us. Suddenly Richard's kayak didn't seem so big anymore.
Since the big ferries from Vancouver travel along the north side Coal Island on their approach to the Swartz Bay Terminal, we knew that we had about an hour to make our way across that side of the island without having to worry about the next one. 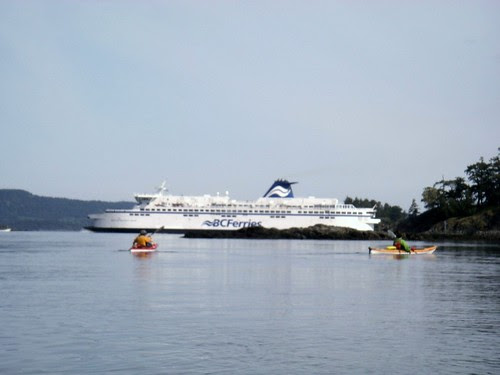 The north side of Coal was beautiful, the water was clear. We saw some eagles fly by here, but no pictures, alas. 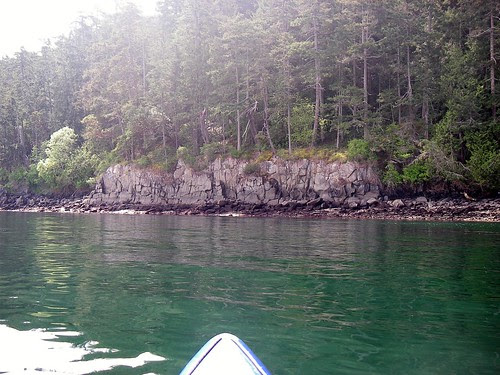 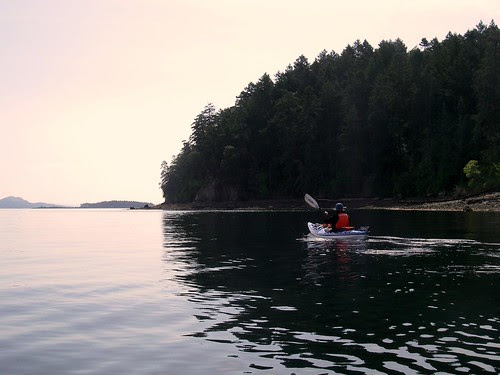 As we rounded the next point and started back, we spotted an eagle landing in a tree. I paddled in for a closer look and saw that it was perched in a nest. There were actually two eagles in there (I could only ever got one in a shot), and it sounded like some baby eagles were in the nest, too. 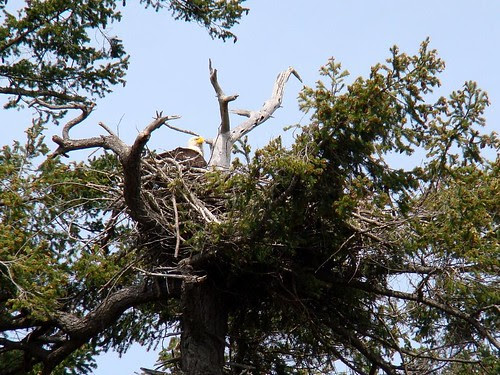 Then we saw a number of strange rock formations. It looked like someone had either built rock walls extending in to the ocean, or someone had dug back from the shore to expose these walls. It could very well have been a natural formation, but the "walls" and the "cuts" just seemed a bit too regular to be natural. This particular wall has had a bite taken out of it. 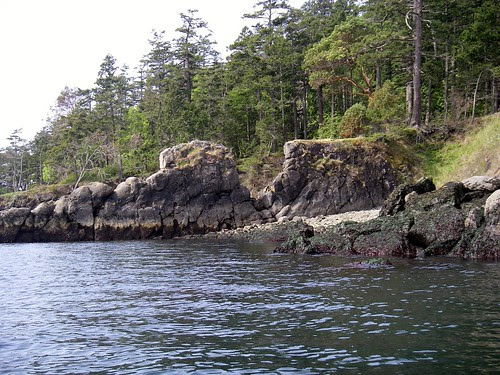 We decided to take the scenic route back and visit The Little Group.... 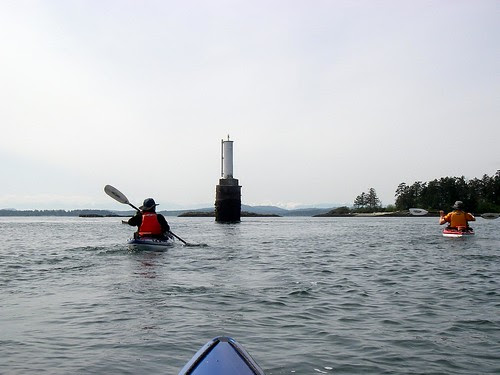 ...where the seals were hanging out. 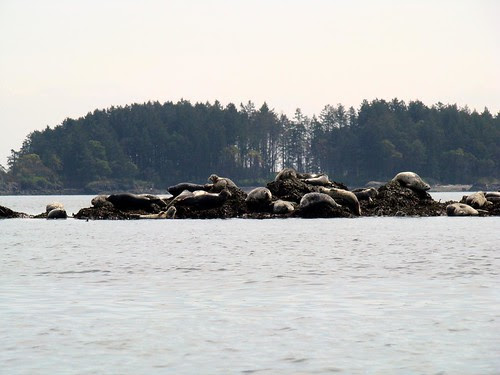 What a great paddle! 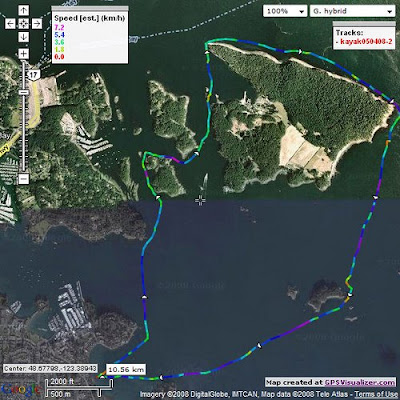