A Tale of Mystery and Imagination

Louise and I enjoyed a great paddle today. We put in at Albert Head, and saw a bunch of baby seals on a rock, a playful otter that swam by us for a visit, a pair of swans nesting, and a seagull take dead aim for Louise's boat (and miss it by that much, Chief). And this was just the first five minutes.
As we rounded Albert Head, we saw a dead seal up on a rock. (I thought he was dead, Louise thought that it might have farted.)
We saw an eagle snatch up some brunch, possibly a seagull chick or egg by the way the seagulls were chasing it. As we approached Witty's, we saw tons more seals, and they weren't shy about swimming up to our kayaks.
On the way back, we saw another eagle sitting on a rock. It wasn't going to move and we paddled close by him. We also saw the dead seal again who was valiantly succeeding in his struggle to remain dead.
Then as we loaded our boats for the drive home we saw a red-breasted tit-warbler sapsucker... or something like that. I don't know, it looked a crow but with red shoulder patches. (I got arrested once for tit-warbling, but that's another story.)
No doubt you are asking yourself, "That's all well and good, John, but where are your usually fantastic pictures of these wonderful scenes?"
And a good question it is.
And the answer is that somehow John forgot all three of his cameras at home. 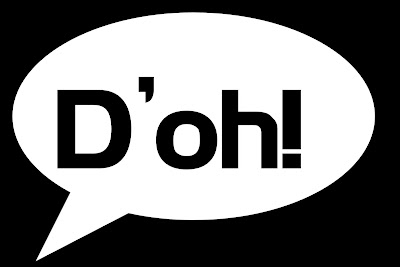 John's pictures are not here.
Posted by John at 7:01 pm