While Richard was out paddling around Portland Island, Louise and I were playing host to her nephew Matt and his girlfriend Kaitlyn up here visiting from Salt Lake City. We rented a pair of doubles and took them around the Inner Harbour and the Gorge. They had never kayaked before, and any chance for us to send someone over to the dark side.... 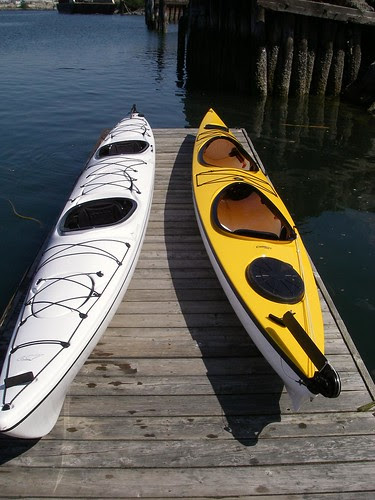 We rented these from Ocean River. We had the Delta TwentyT in white on the left, and the Eddyline Whisper in yellow on the right.

Louise headed out with Matt in the Delta. Already you can see that Matt has mastered the fine art of paddling tandem -- let the person in front do all the work. 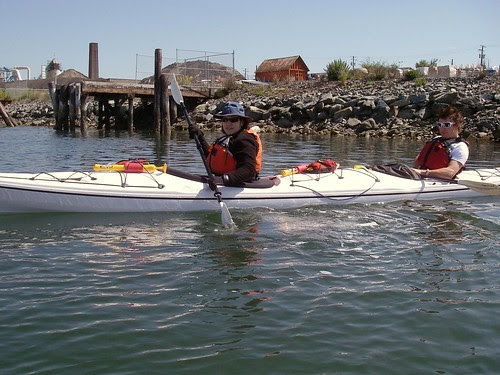 Kaitlyn and I headed out in the Whisper. It's 18' long, so it's shorter than the Delta and we kept banging our paddles together, but it had a nice roomy cockpit which made getting in and out of it pretty easy. Kaitlyn picked up the paddling technique very quickly. The only drawback was that I took a lot of pictures of the back of Kaitlyn's head. 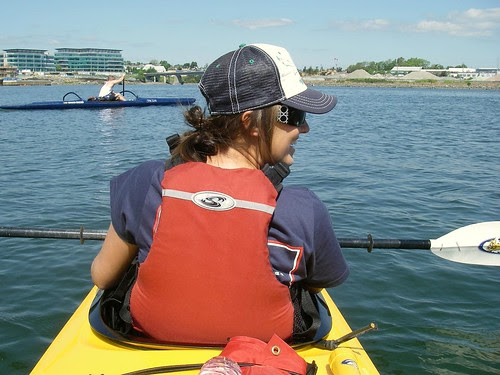 It was a busy and beautiful day on the water. There were some rowing races on The Gorge, and the Harbour Ferries were doing brisk business as well. 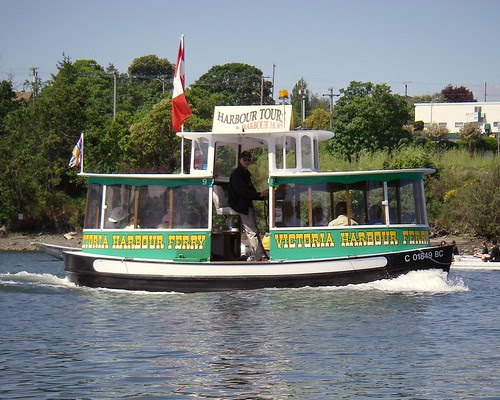 But not all the wildlife was chased away by the boats. 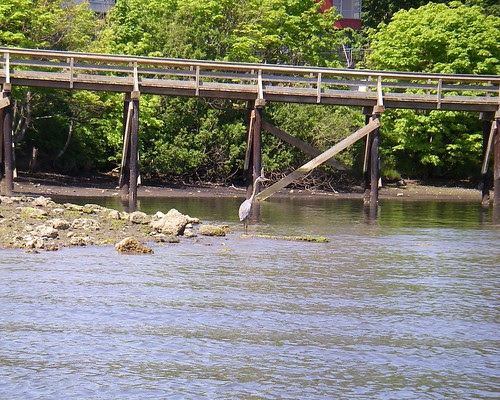 We passed the power rowers and went up The Gorge past the Selkirk Trestle... 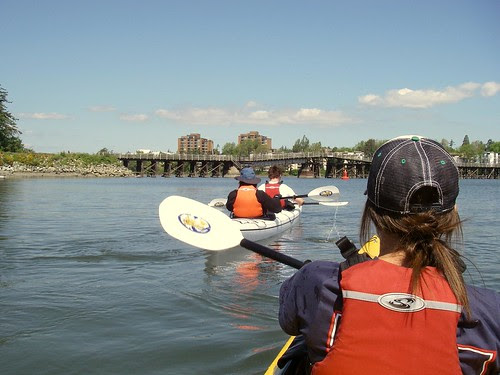 ...and up to Tillicum Bridge. In fact, the tide conditions were right for us to be able to scoot under it before heading back to the harbour. 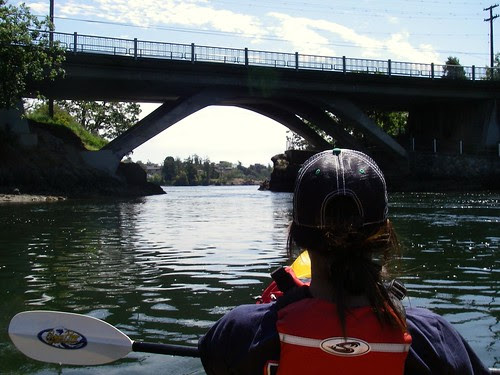 On the way back, a pair of herons flew past us. I managed to get a shot of one of them. He looks like he's walking on the tips of his wings, but he's flying. Really! I swear! 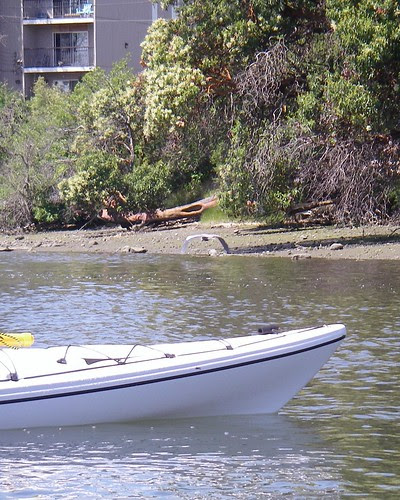 There are some winos who sometimes pass the time in the bushes along here. This guy must be their mascot. 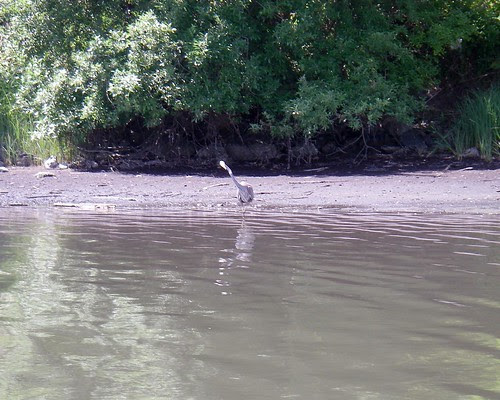 We continued into the harbour, past the seaplanes and towards The Legislature. You can see that Louise decided it was her turn to rest and she has changed places with Matt. That's a trick they don't teach you in kayaking courses! 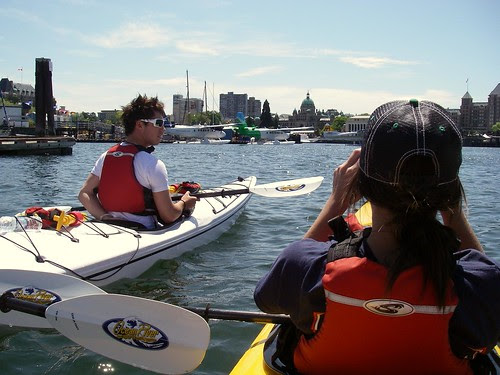 Speaking of seaplanes, we had to make sure that they didn't come in on top of us. 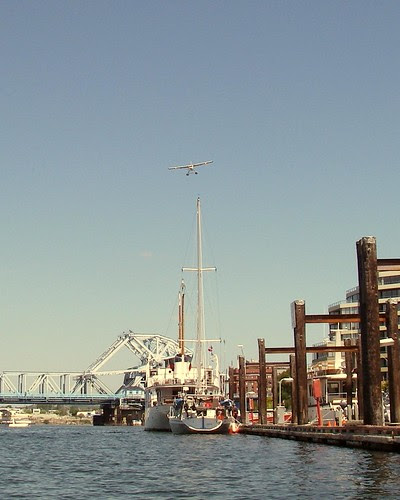 We continued toward Fisherman's Wharf and the houseboats... 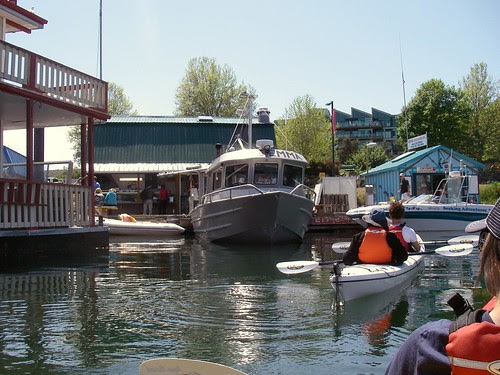 ...finally ending with a look out at the great big sea. 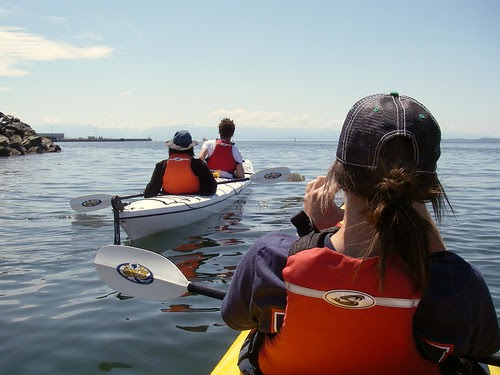 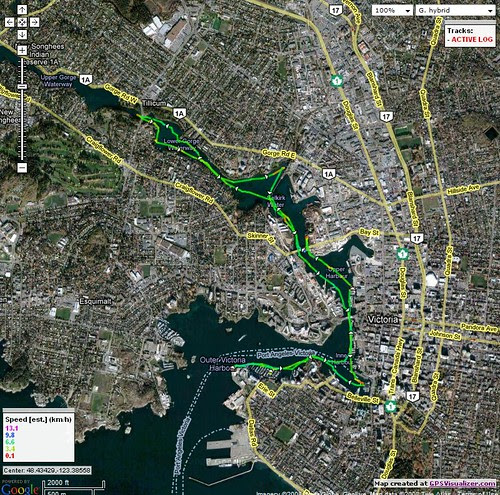