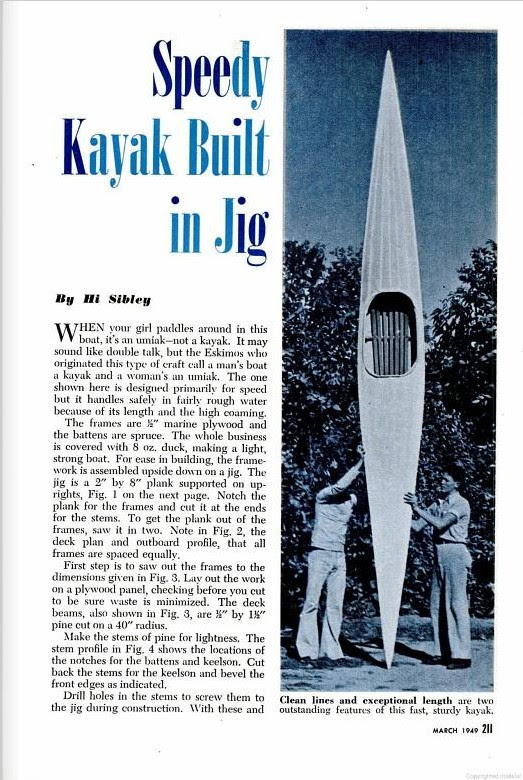 According to the March 1949 issue of Popular Science, this is an umiak, the women's version of the kayak. And while one hates to take issue with the venerable PopSci, Wikipedia describes an umiak as a large open boat used by both the Inuit and the Yupik, usually around 10 metres long, but with some known to have been 18 metres long and carrying as many as 30 people. And they were used by both sexes. So no, PopSci, I think what you've got here is just a kayak. 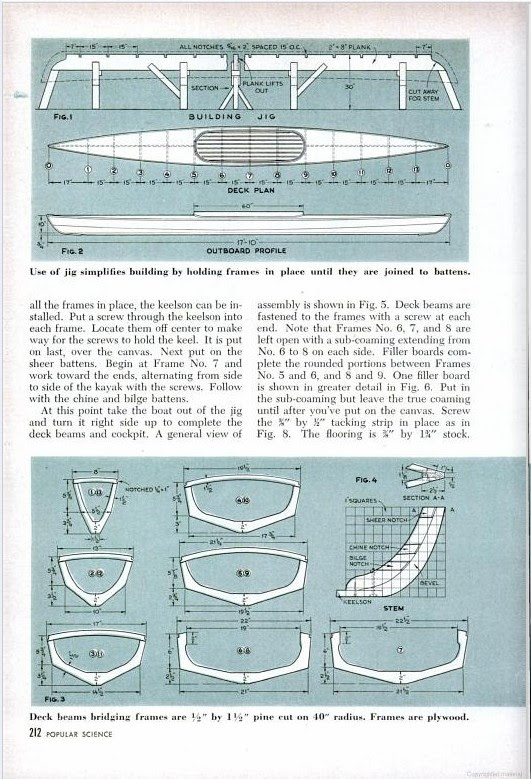 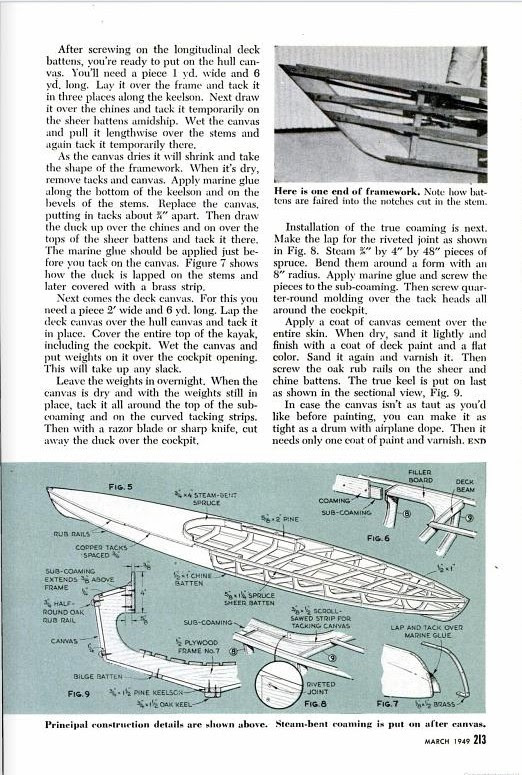