So let's be clear about this. I don't do hot. And as we head into the last weekend of August, we've experiencing our first real long stretch of summer weather, and after weeks of complaining about it being too cool and too cloudy, now it's too bright and too hot. I'm thinking of changing my names to Goldilocks. On this hot Sunday we had no real desire to wrap ourselves up in a drysuit or neoprene, or to be broiled outside during the forecast blaze of midday, so we went for an early morning quickie up the Gorge. Of course, before we began, we had our traditional pre-paddle round of charades. Today's topic was music albums, and Paula and Louise did their best impression of Devo's New Traditionalists cover. 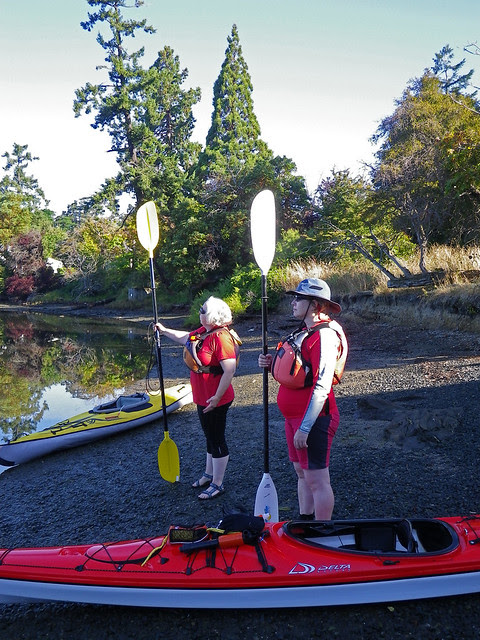 Paula, in her Advanced Elements inflatable joined Louise and I in our Deltas and we headed out into the windless morning. 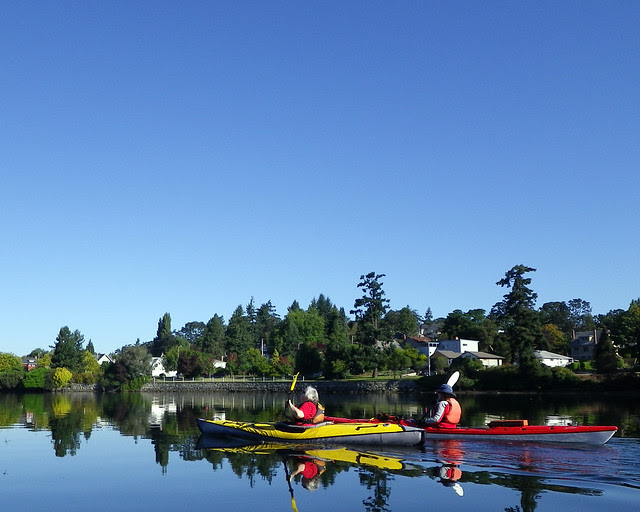 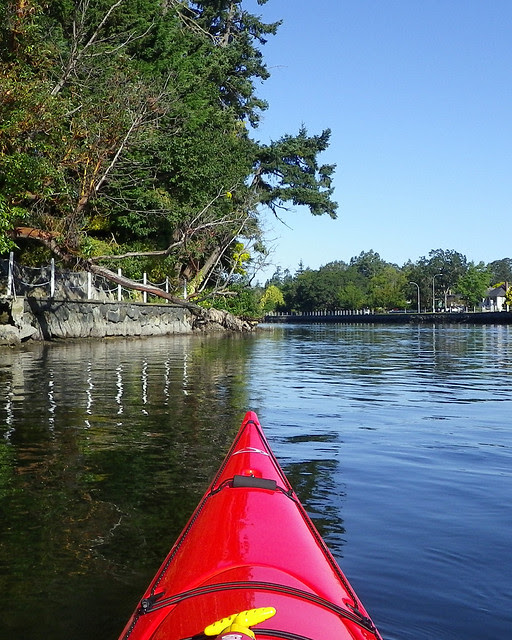 It wasn't long until we kayaked by this seagull who clearly was having trouble eating his breakfast. 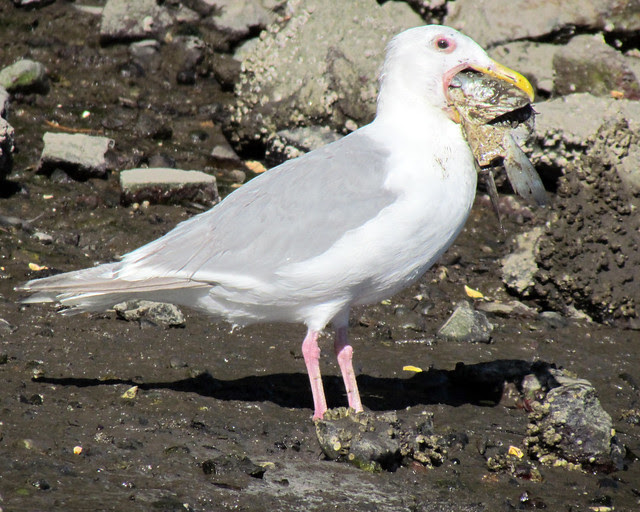 That fish head is bigger than his head! Clearly this violate the B.Kliban rule.
From there, we meandered in to Portage Inlet.... 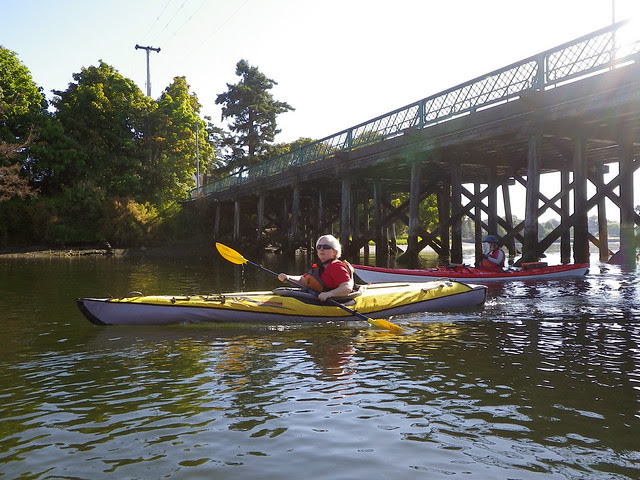 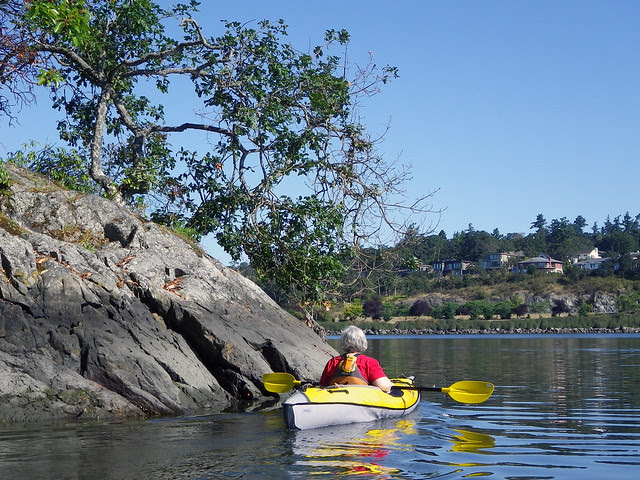 ...but we were soon reminded that even under such benign conditions and so close to home, you're still on the water, and medical emergencies, even minor ones, suddenly become a whole extra level of difficult. One of Louise's eyes started burning, and she couldn't keep it open. 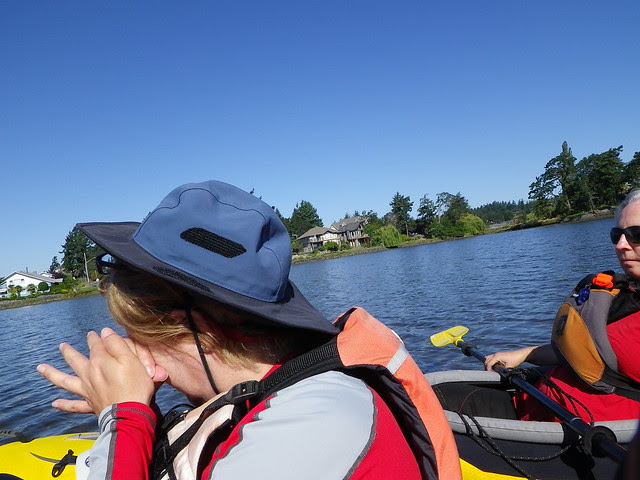 Paula and I came along side and we helped flush her eye. Fortunately we had plenty of water with us. We suspect that a ball of sweat rolled down her face and took some sunscreen along for the ride into her eye. She didn't seem to have anything in it, and it was only slightly red. A few washings and she was able to continue, but we decided to head back.

As we headed back, we saw the local swans. We didn't get to see the baby swans this year, so we're not sure how many babies they started with, but at least one made it near-adulthood, and that's a good thing. 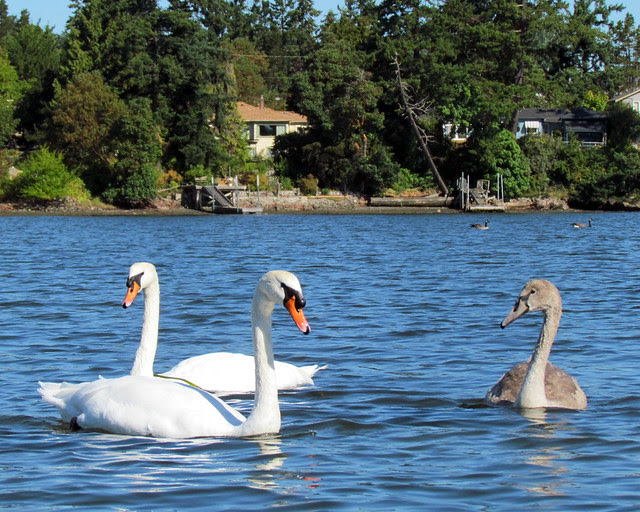 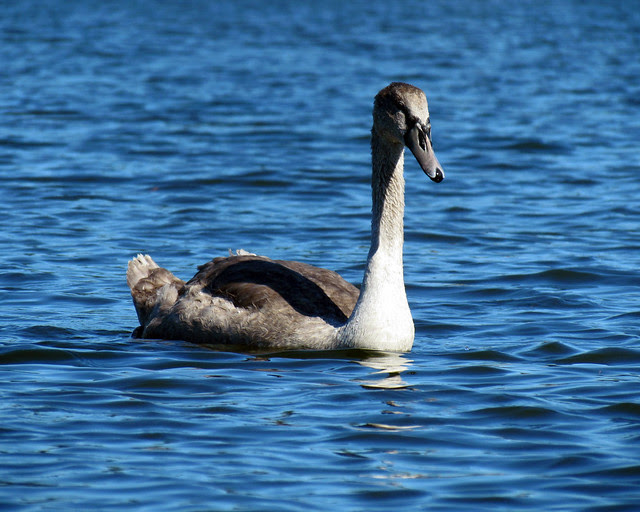 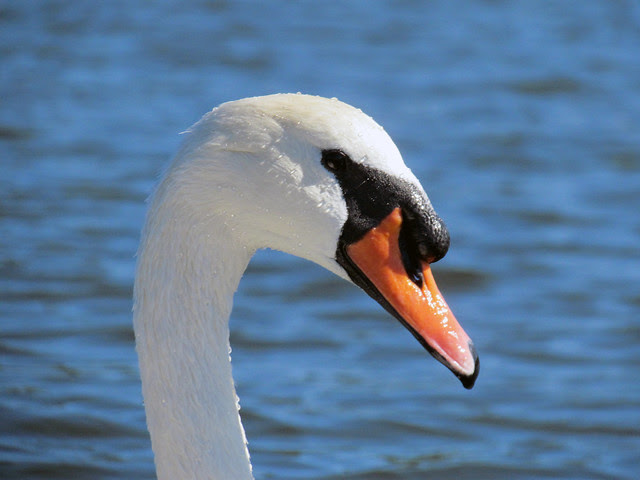 We ran one final gauntlet of geese and we were done. 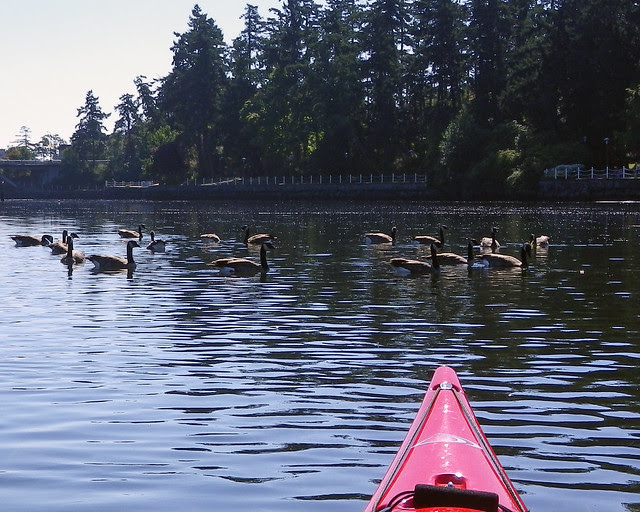 It has come to my attention that Louise somehow escaped her formative years without being exposed to the song Fish Heads by Barnes and Barnes, and thus had no pop-cultural reference for the blog post title. Just a blank stare that seemed to say, "What kind of crazy are you now?" I get that a lot.
It seems inconceivable to me that someone as literate and well-educated as Louise could have gone this far in life without hearing this song. Clearly, those noisy right-wingers must be correct about the state of our education system!
To rectify that, here's Barnes and Barnes' website. And for all you trivia masters out there, one half of Barnes and Barnes is actor Bill Mumy who played Will Robinson on the original Lost in Space and Lennier on Babylon 5! Who says you don't learn anything in the blogisphere!
At least I didn't have to explain who Devo is. 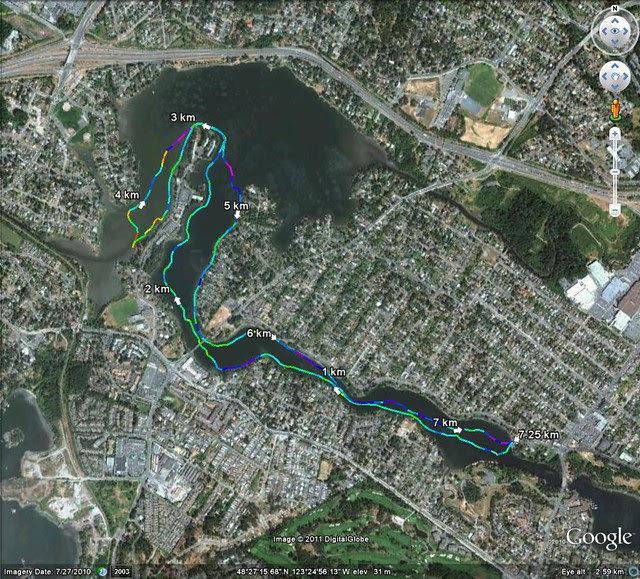