With it half over, it looks like summer has finally arrived.The last ten days or so might be the first long stretch of the year where we've had seasonal temperatures. By "seasonal temperatures" I mean a daytime high that reaches the normal expected average high for the day, and by "of the year" I mean since January 1. And sadly, I don't believe that to be an exaggeration.
Louise and I decided to check out a put-in I'd never heard about until discovering it on Mike Jackson's blog. However, a certain member of the family seemed intent on stopping us from leaving the house on this sunny day. Or maybe he was trying to save me from a fashion faux pas. Or faux paw in his case. "You really want want to go out of the house wearing this? You'll look like a giant melon. You'll thank me later." 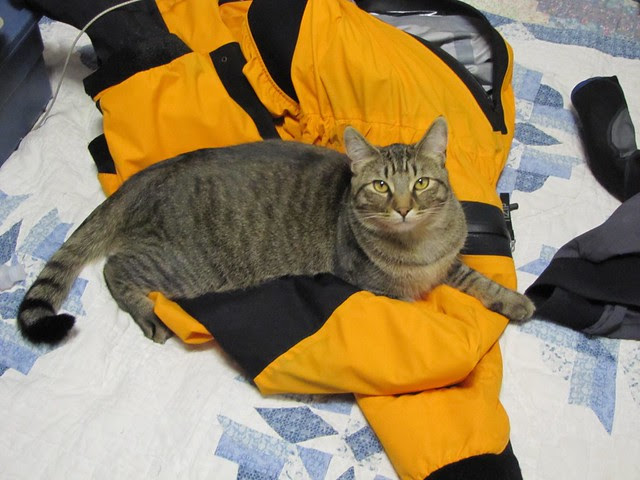 The launch point was at the northern tip of the Saanich Peninsula, at the end of Land's End Road, aptly named because at the end of the road, there ain't no more land. From here north, you're into the Gulf Islands (that's Salt Spring Island on the right in the photo below, just a short hop of about 2.5 km away), but if you paddle south, you're entering Saanich Inlet.

We didn't get off to a good start. Many pleasure boats cruise these waters and a big one roared by just as we were launching. At the start of every paddle Louise's stomach needs a few moments to became acclimated to being on the ocean, a few moments that she didn't get this time as the pleasure craft's large wake caught us just as we were heading out.
We waited a few minutes for her stomach to settle, then proceeded south. 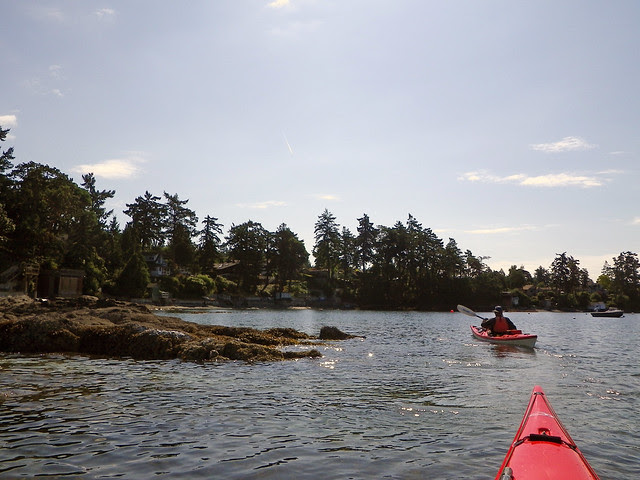 We were in the area of multi-million dollar homes. You can tell because all the homes are huge and are miles apart. Apparently rich people don't like living too close to other rich people. 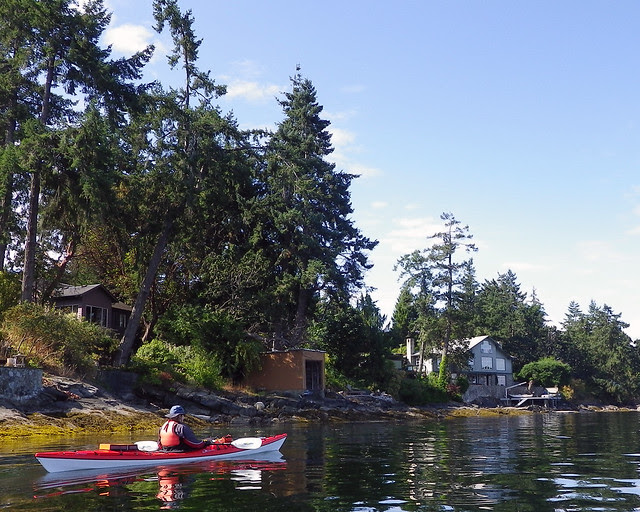 The oystercatchers don't really care where they live as long as there is something to eat. 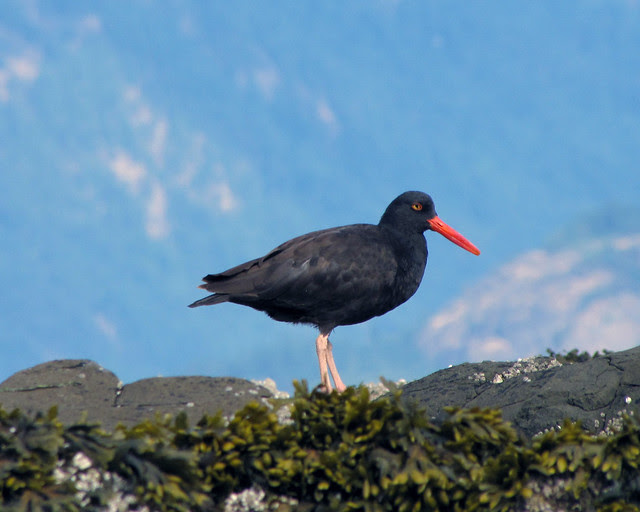 Speaking of something to eat, we saw a seagull trying to choke down a starfish. Not a great picture -- the seagull was determined to stay out of focus. 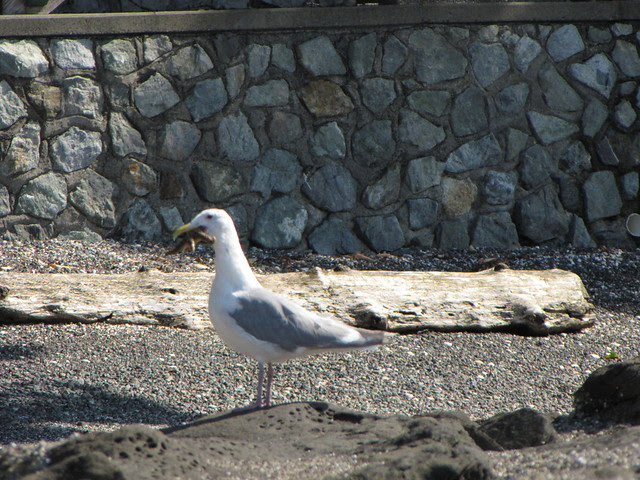 We meandered through coves and bays as we made our way south, paddling a piece of local coastline that we'd never travelled before thus enabling us to cross off a few more kilometres on our quest to paddle the Slowest Circumnavigation of Vancouver Island. 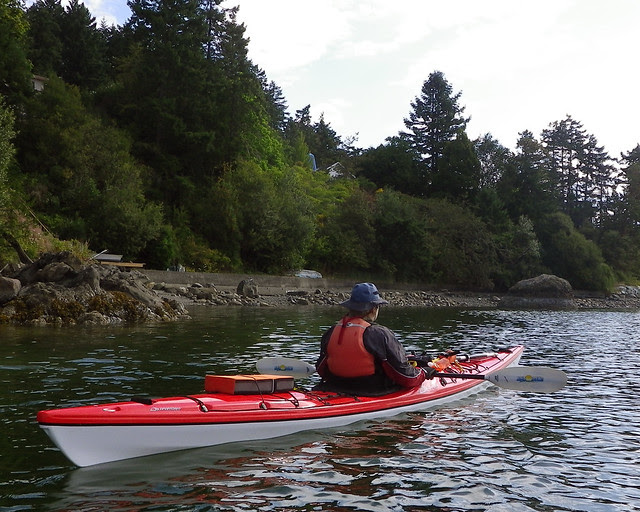 We even paddled near the flight path to the airport. 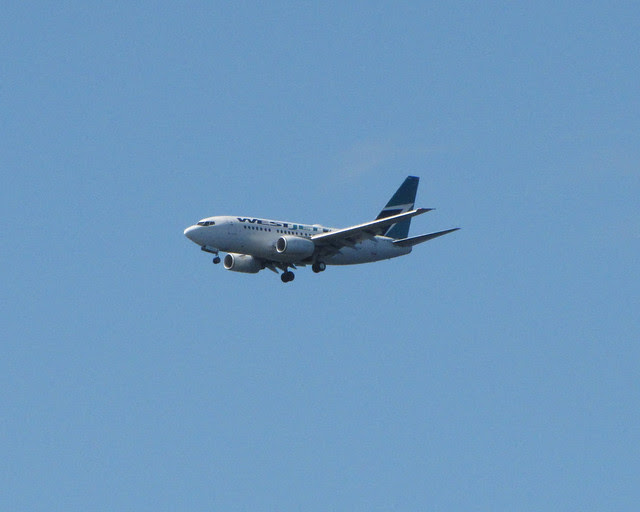 WestJet wasn't doing the only flying today. We followed an eagle for a while as he fluttered from tree to tree. (Yeah, "fluttered" is utterly the wrong word to use for an eagle, but I'm tired, and it's late. "Fluttered" is the best you're going to get.) 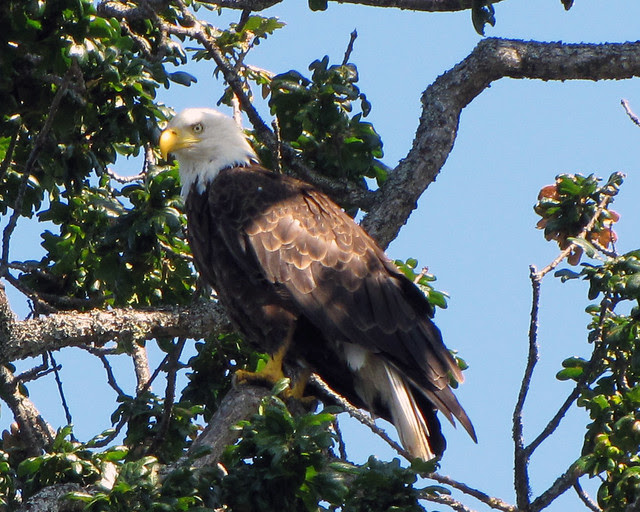 A shaky start but all in all a lovely day. 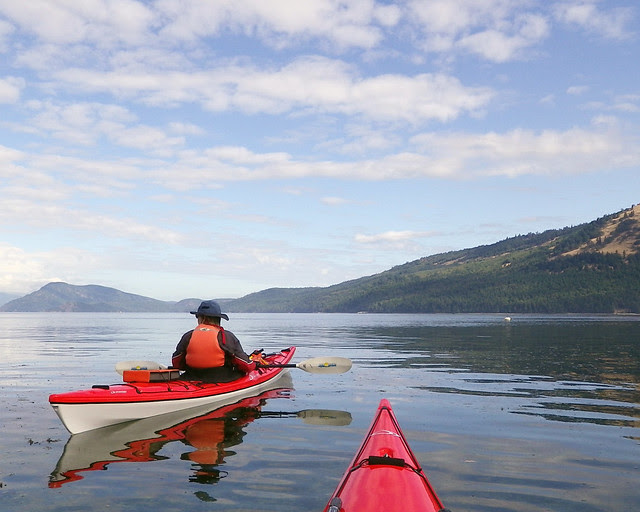 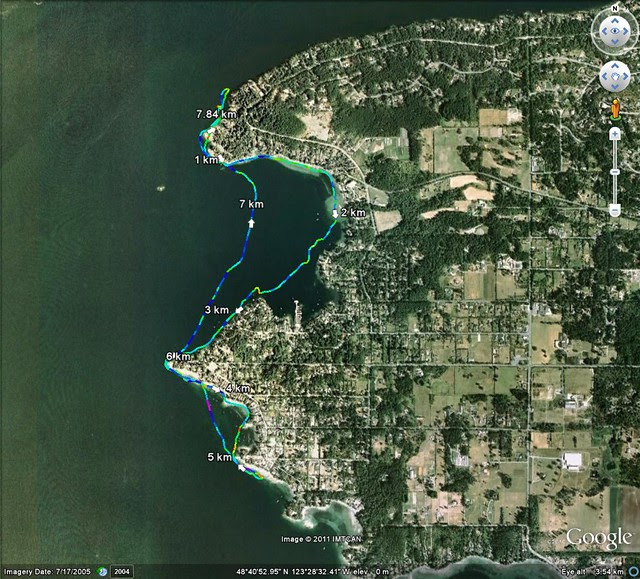