Today, on another sunny summer's day, Louise and I decided to be spontaneous and change our plans and paddle at Elk Lake, a place that we haven't paddled at in an astonishing four years. In fact the last time we paddled here was my first paddle back after breaking and dislocating my arm and shoulder in a bicycle riding accident. Where does all the time go? Too many places to paddle, not enough time.
It's also a fitting place to paddle, as my paddling career (such as it is) started right here: 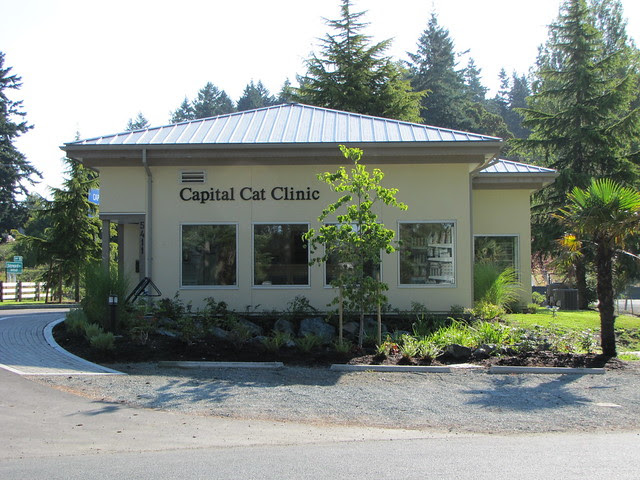 Well, not at the Cat Clinic obviously, but on this spot across form the beach where the Cat Clinic stands now once stood a shop that rented kayaks and other assorted water sports accessories, and it was about six years ago that Paula and Bernie bought a used Pamlico play boat from the shop and on this beach that they let me have a try in it. And I've been broke ever since, but loving every minute of it.

Elk Lake is local shorthand; it's actually two connected lakes and parks, Elk Lake, the larger to the north, and Beaver Lake to the south. We were launching from Hamster Beach on Elk Lake. Hamster Beach is named because the beach was once overrun by hamsters. This caused an influx of feral cats to the area, prompting the building of the Cat Clinic-- excuse me, but-- no, I'm busy...I'm writing the blog right now-- just telling the story of Hamster Beach...what?...really? Oh.
Sorry about that. I've just been informed that the name of the beach is Hamsterly Beach, and that my story about the hamsters wasn't very funny anyway. Some people have no sense of humour. Who makes adverbs out of nouns anyway? Hamsterly. Humph.
Anyway, we put in at Hamsterly Beach.... 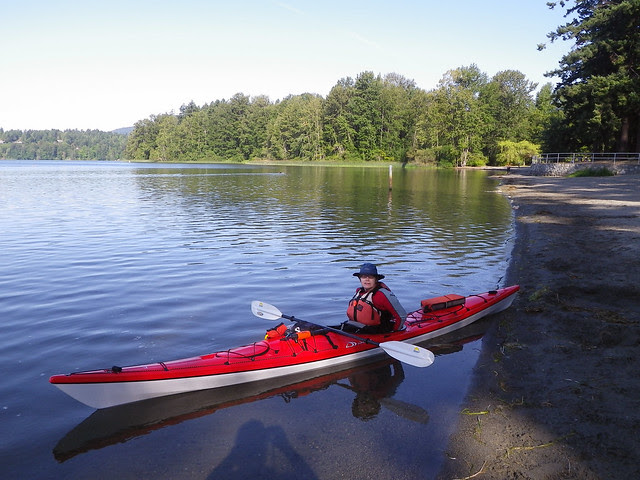 ...and carefully avoided the rowers from the nearby rowing centre. 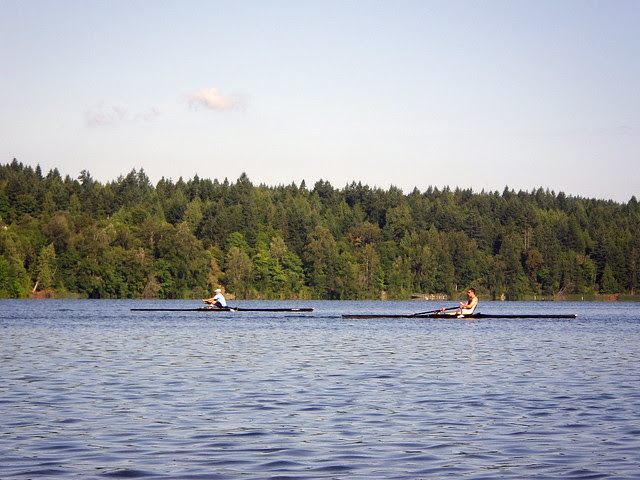 Sunny and warm, water like glass. We decided to go around the shores of both lakes. 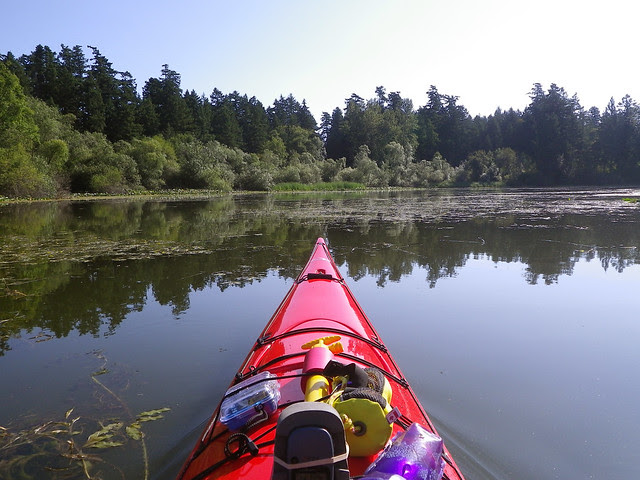 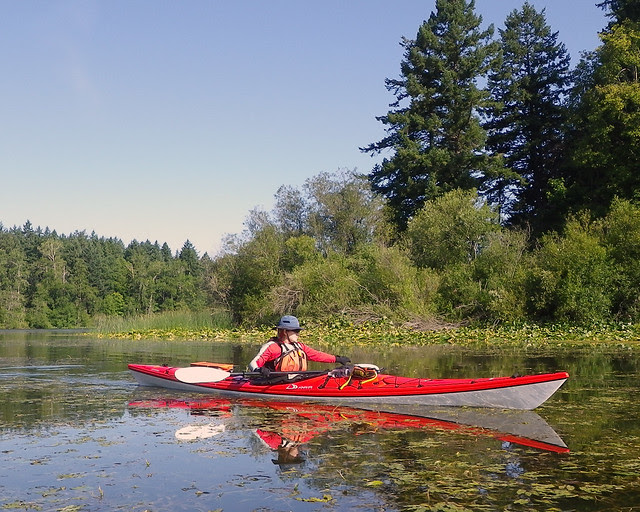 We saw an eagle perched high in a tree surveying its domain, and a fish jump nearly two metres out of the water. How strange that was! Straight up like a mackerel missile, although it was probably a trout or a bass. We meandered around the south end of Beaver Lake. And then we saw turtles. 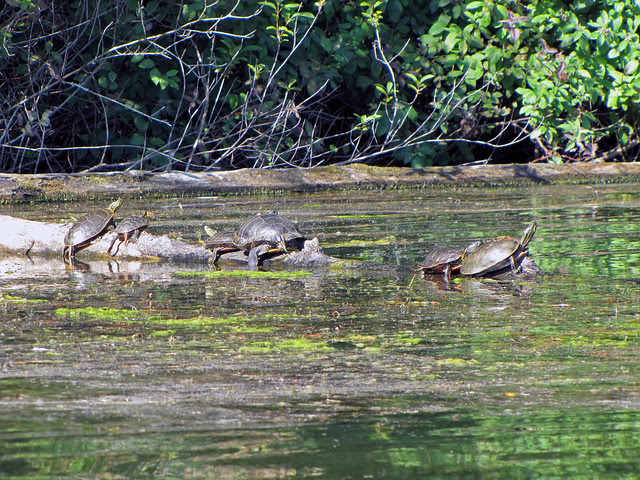 There were seven on this log, although one had scampered back into the water by the time I got my camera out. 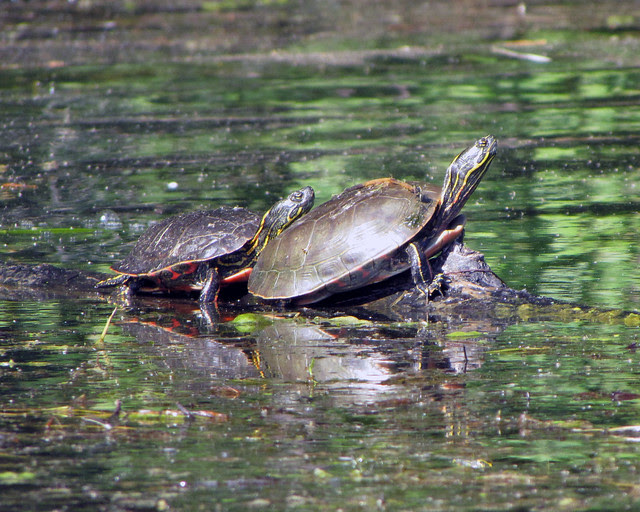 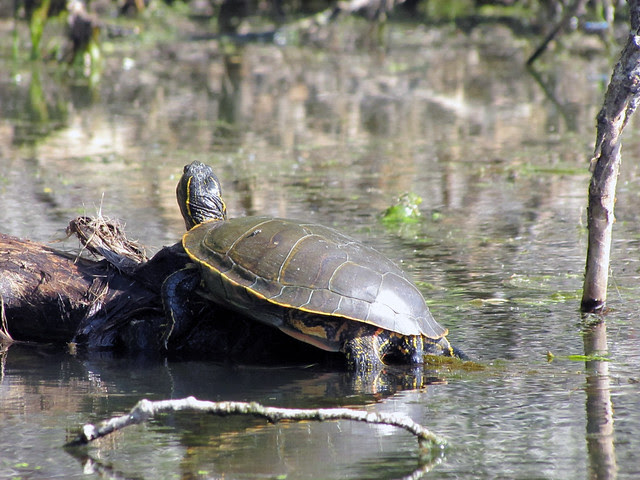 As we rounded the north end of Elk Lake, we saw a heron in stealth mode in the reeds. 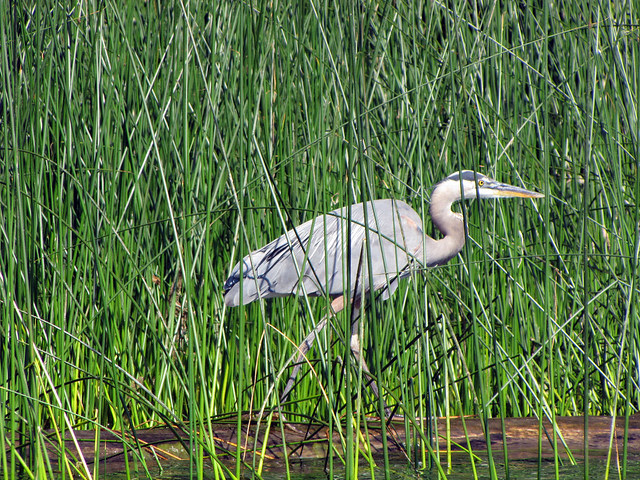 It was such a good idea that even the ducks were trying it. 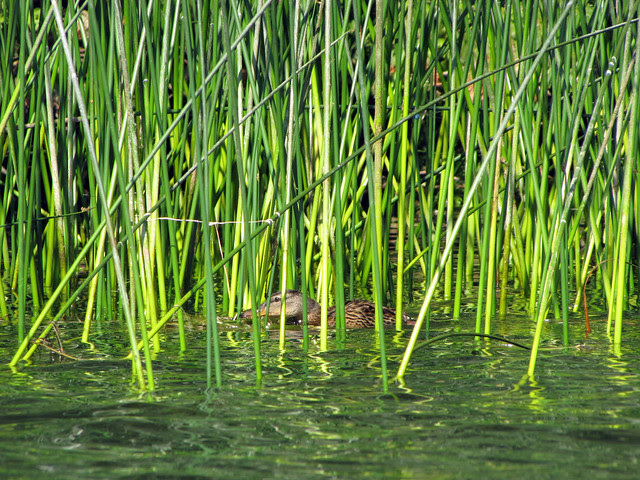 The end of the paddle drew near. Where does the time go? 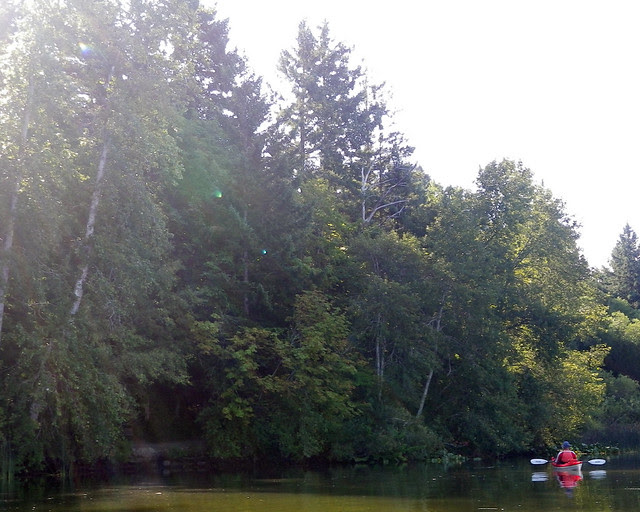 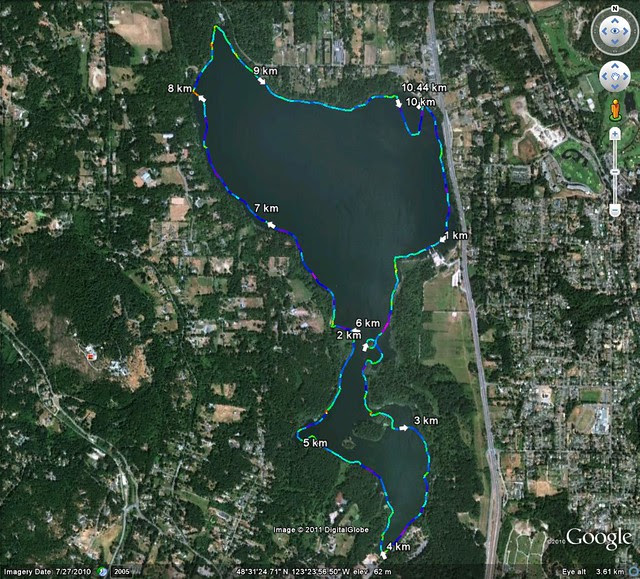