Son of Mega-Yacht Marina Proposed for Victoria Harbour Episode Two: Attack of the Zones (as in Zoning Bylaws... okay, yeah, an unwiedly post title, I admit it...) 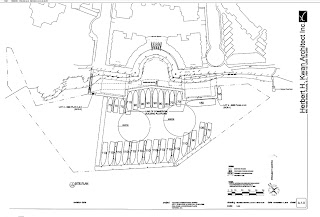 ....but we couldn't end the year without having another post about the mega-yacht marina proposed for Victoria's Inner Harbour, could we?

The new marina proposal is now before Transport Canada and the deadline for submitting comments to them is December 27, 2010. While the new design is signicantly smaller than the previous version, the Save Victoria Harbour coalition stills finds much at fault. Their website says, "Although the footprint of the marina has been reduced, other than viewscapes, none of the serious safety and operational issues associated with the marina have been eliminated. The meagre information provided so far indicates that the layout may not conform to the zoning restrictions. The layout violates the intent, if not the letter of the new zoning...The profile shown raises even more safety worries for paddlers and, in fact, the plans do not appear to satisfy the conditions of the Navigable Waters Act permit which was granted earlier this year."
After a year of protests by kayakers, other paddlers, and other interested groups, Victoria city council to voted to amend zoning bylaws regarding the proposed site earlier this year. However, the developer has vowed to carry forward with his plan, despite the pollution and congestion it will cause in the harbour.
Help stop the marina, click here. 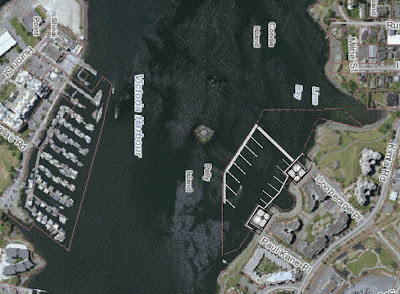