Logging to Begin Next Year on Flores Island? WTF?? 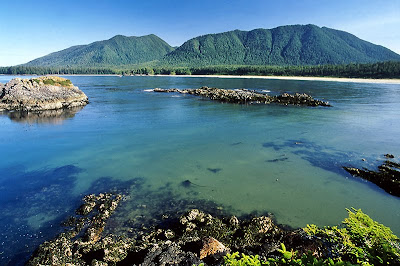 Spotted this post today over at Active Sea Kayaking concerning the jewel of the old-growth forest of Clayoquot Sound. Nick at Active Sea Kayaking rightly says of Flores Island,  "If you are a paddler on Vancouver Island and you have not been there yet, trust me you will. And that day will be one of the most beautiful of your life…. "
But according to the Friends of Clayquot Sound, logging companies are doing some prep work in advance of possible logging operations in the pristine forests of Flores Island beginning next year. According to their website:


"One or more intact (unlogged) old-growth valleys on Flores Island are being surveyed, and road-building and logging could begin early next year. Flores is Clayoquot Sound's largest island and is 96% intact.
"This is a hugely significant development. For the first time Iisaak Forest Resources is deliberately breaking its 1999 Memorandum of Understanding (MOU) with a coalition of conservation groups. The MOU states that the unlogged watersheds of Clayoquot Sound, including Flores Island, would be off limits to logging. At the time, the MOU was billed as a peace treaty in the "war in the woods" — a peace that has held for 11 years.
"With the world climate and biodiversity crises, every untouched valley is increasingly precious. Write or email the minister now and ask that no road or cut permits be issued for any intact areas in Clayoquot Sound's globally rare, ancient temperate rainforest."

Want to take some action to help stop this? Sign an online petition, or send an email to the provincial and federal ministers responsible.
Posted by John at 12:25 pm