I'm starting to think that maybe, just maybe, Spring may might be here. Or perhaps I should say that instead of the Spring we had last year that lasted until October, perhaps this year we're having a Spring that may actually at some point soon morph into Summer. 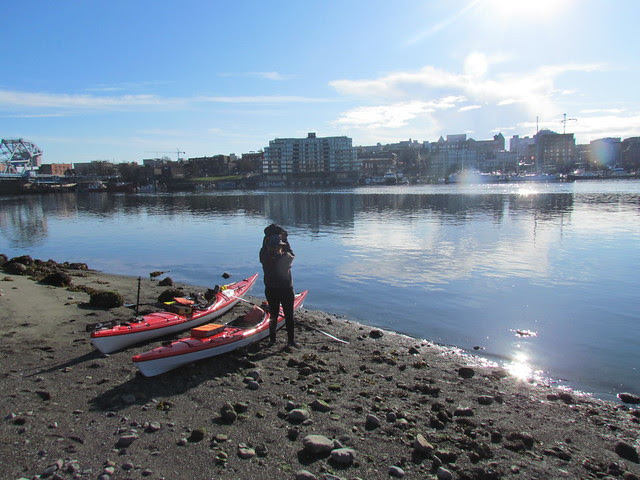 This morning Louise and I headed downtown for a paddle through the Inner Harbour and up the lower Gorge. After all, any Friday in a kayak is a good Friday. 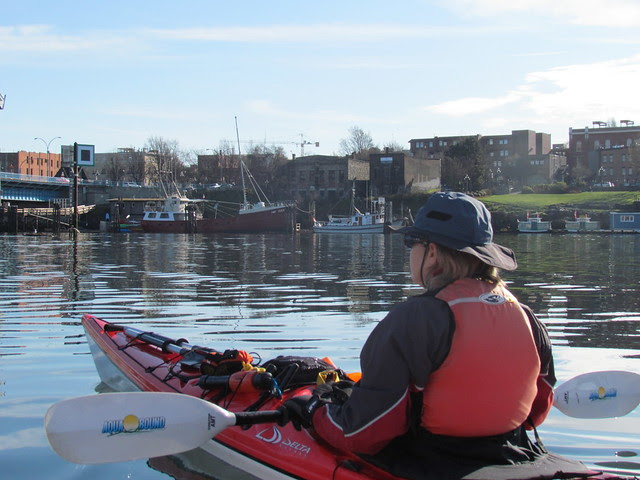 After putting on the beach at the Songhees, pretty much the first thing you see is the Johnson Street Bridge which, as sharp-eyed readers may note, as undergone some modification since the last time we paddled here. The venerable old Blue Bridge, built in 1924, is slowly being torn down so that its replacement can be built. The rail portion of the bridge has already been removed. 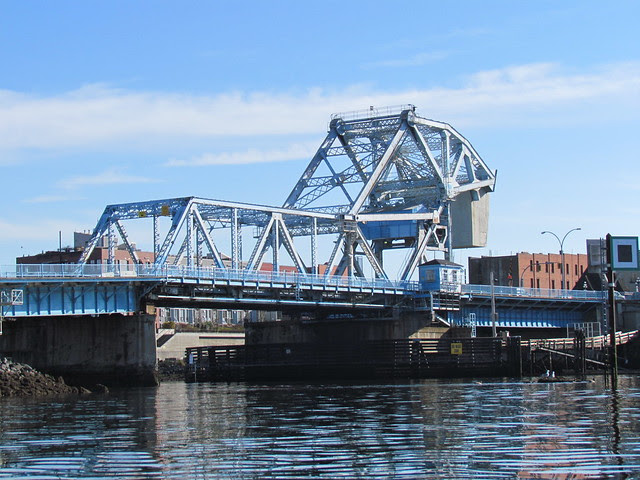 Past the bridge a cormorant watched over us.... 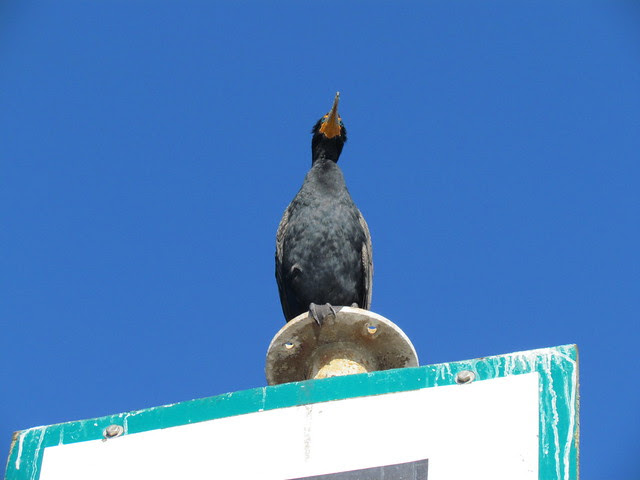 ...and then we saw the rail portion of the bridge, high and dry and ready to be disassembled for scrap. 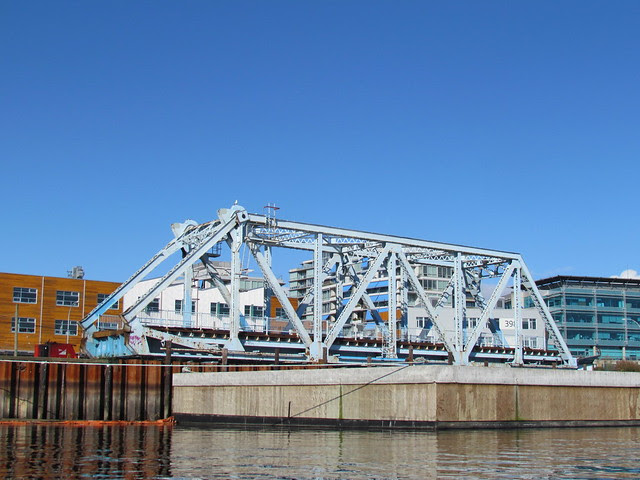 We passed under the Bay Street Bridge.... 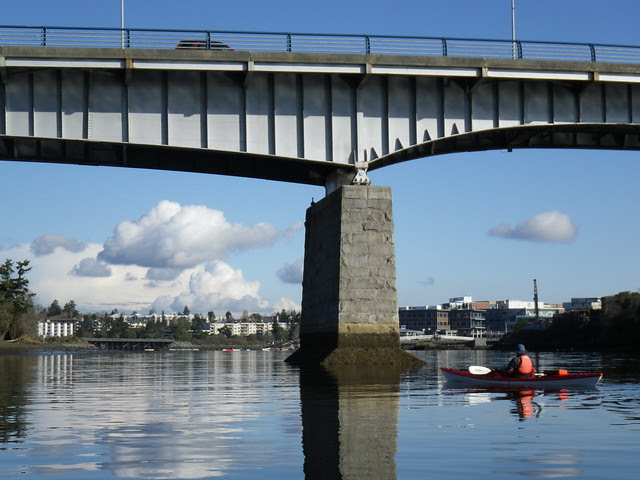 ...and while we're talking about historical bridges, the original bridge on this site, the Port Ellice bridge collapsed in 1896 when an overloaded street car broke through and crashed into the waters beneath.The street car was made to hold only 60 people, yet contained 153 when it hit the water. 55 people died in what is still to this day the worst street car accident in North American history. 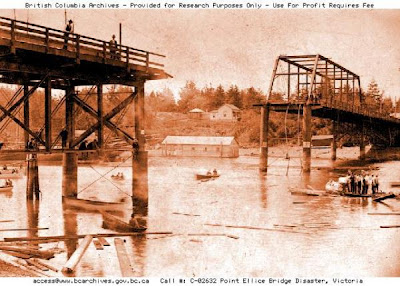 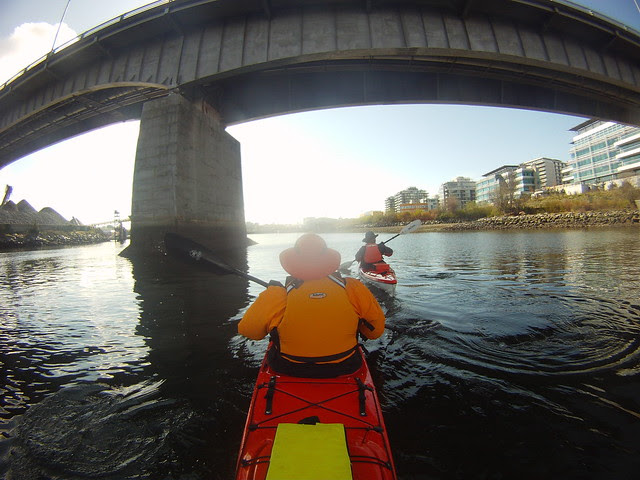 And on that happy note, we continued up the Gorge, then returned, but as we approached the Blue Bridge a second time.... ...we saw the car ferry MV Coho preparing the leave the harbour. The ferry leaves the dock and backs down the harbour towards the bridge until it has enough room to swing itself around and transit out the harbour entrance. It's a heck of a manoeuvre, says the man who can barely parallel park his car, and we enjoyed watching it, although it's a bit disconcerting watching something that big with propellers coming towards you. :) 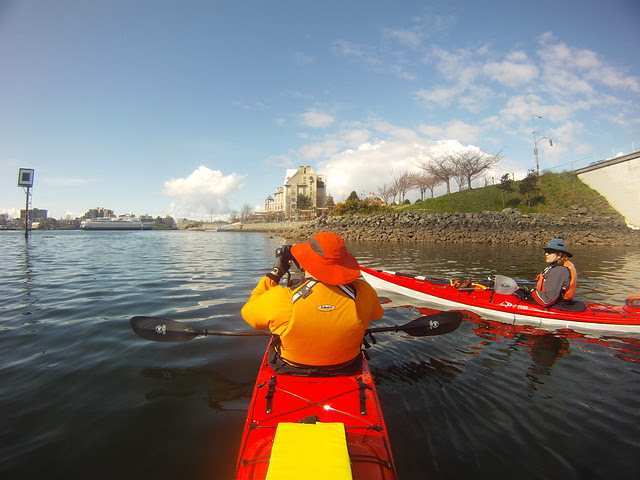 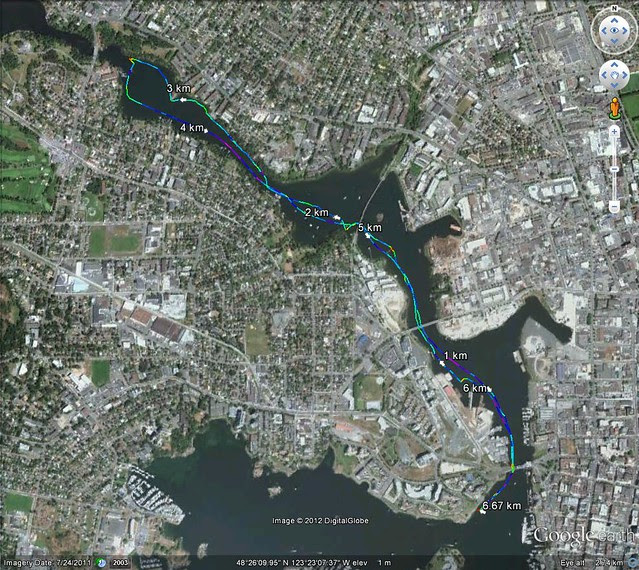