No, not the holy river in India. The town on SaltSpring Island. In a masterpiece of coordinating weather and transportation, technology and nature, I was able to enjoy kayaking in Ganges Harbour. The weather report called for sunny skies in the afternoon, and a wind warning, but I left the house just after 7:00am planning to have a good day even if weather didn't let me get on the water. The clouds were enough to keep the day from getting hot, but not enough to rain. Score!


It's been months since I was last able to visit SaltSpring, and then I was only able to putter around Fulford Harbour. Nice, but I'd done it before. This time, I was able to hop on the little community bus and catch a ride to Ganges. Some 14 km from Fulford, the trip to town is too far to walk while trundling the Expedition, a 43-pound kayak, bagged up with a PFD, two paddles, 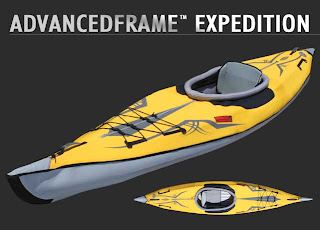 a big air pump and a small emergency pump, a water pump & throw bag, and a small dunk bag. I had no trouble getting the gear onto the regular transit buses in Victoria (especially when a fella helped me lift it onto the #70) or onto the ferry at Swartz Bay. But since I was the last person onto the ferry, my kayak on its luggage roller got trapped at the stern behind some tightly-parked cars. When the other foot passengers walked off and got on the community bus, I was stuck until the cars had cleared. The bus was gone by then, but no problem. It was nice to poke around in Fulford for a while.

Waiting for the bus gave me time to go into Rock Salt (lovely little bistro) and eat some of their excellent chocolate mousse. This isn't the only cafe or restaurant in the village, but it's the one I like best. And they'll fill your water bottle without charging you an arm & a leg! And around the corner, past the post office, is the best place to find sundresses and scarves.

After shopping a little and walking around, I read a local magazine till the bus came. The kayak case was almost too big to wrestle onto the bus, but with a little help I got it onto the front seat where it rode in splendour, stared at by all the bus passengers. The bus driver Don was very helpful, and even suggested that I use the boat ramp next to Centennial Park in Ganges' small "downtown" area. The ramp was perfect for my purposes. I hustled onto the water, not wanting to linger on the ramp. Wet tracks showed that this ramp was in use already that morning.

Just outside the breakwater is Grace Island, with a shell beach that's exposed at low tide. So neat to look at the tons of crumbling shell and realize that people have been eating clams and oysters here since before the Pyramids were built in Egypt!

There's a lot of traffic in Ganges Harbour... cormorants, seals, and ravens as well as the kind of traffic that treats kayaks like speedbumps. I'm used to sailboats and motorboats of various kinds, but the Harbour Air floatplane certainly had the right-of-way as far as I was concerned. I got out of the heavy traffic channel quickly, and popped over to Goat Island.

Here my cell phone came in good use. Nice to be able to let Bernie know that I did get to SaltSpring like I'd hoped, and that I planned to be on the 3:40 ferry back from Fulford Harbour. Plus, I took a photo of the lacey sandstone rock, weathered by the waves. All through this conversation and drifting, a great blue heron kept on fishing from a rock on the other edge of a tiny cove. Go heron!

Here's a link that my SPOT device sent out with an OK message, when I pushed the button at the other end of Goat Island, the south end, at exactly 48.8483 latitude, -123.47523 longitude. The message is supposed to be reassuring to friends & family that I am OK on the water. But it also seems to serve as a bit of crowing with delight, "I'm on the water! And letting you know about it, even if you're at work or home with a cold!"

I looked across a channel at Deadman Island, knowing there was just time to nip across and back before beginning a leisurely return along Goat Island back towards the shore. But then, a seal popped up and stared at me. I paused to send the OK message on my SPOT. The seal popped up again and stared even harder. Y'know, this was really the seal's place. I didn't have to go past it to see that other island for a moment. I'll go see it some other time. Better to head back early when I'm paddling alone. It was nice to take my time looking at the wave-worn shore and the arbutus trees, and another float plane roaring past.

My cell phone rang at Grace Island, on my way back to shore. Bernie checked in, and made sure that I knew about the wind warning. The gusts had just hit at Victoria, and he knew it wouldn't be long till the weather front made it north to Ganges Harbour. I reassured him that I was ten minutes from the boat ramp. Technology is our friend at moments like this! And for sure, half an hour later while I was onshore packing up the Expedition in a leisurely way, the wind started to pick up.

With everything packed, I trundled the roller along to the Visitors Info Centre where the buses all stop. Got out my knitting and did a few more rows on the latest project. Wrestled onto the bus, rolled onto the ferry, and enjoyed a day that had turned sunny & bright when the wind came howling in. Cruise ships don't come any better than this, lounging on the upper deck with people getting windburned brown and seals below surfing in the waves. What a day!
Posted by Paula Johanson at 11:59 am