Another gorgeous we(s)t coast day! We put in the top end of The Gorge and headed under the bridge and into Portage Inlet. Just the four of us today (Paula, Bernie, Louise and me) and we started out under a nearly full moon. (Look carefully -- you can see it.) 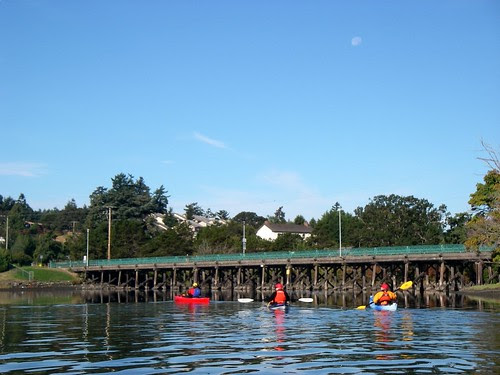 Only a few minutes in and already Bernie's found something strange.
No, it's not jello (we think). Bernie saw it floating by below the surface and snagged it. We think it's some sort of egg sack. 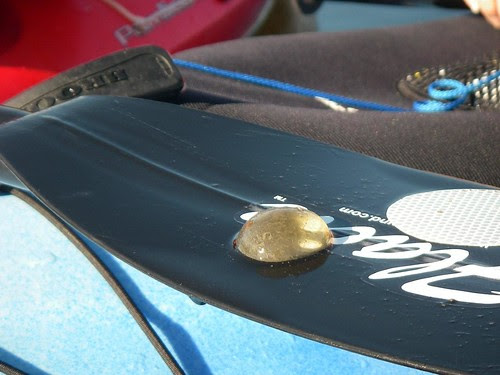 As we went up one of the arms of the Inlet, Bernie and Louise found more of these things on the bottom, like it was a giant sack farm. This arm of the Inlet was really shallow, so it was very easy to see the bottom. 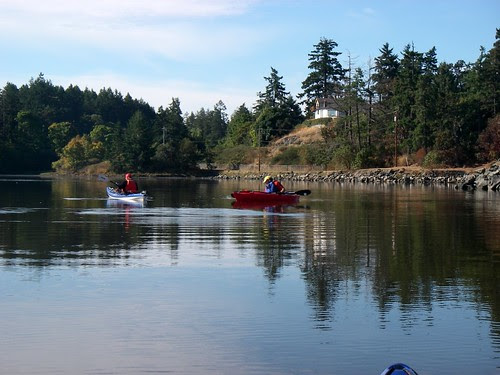 Here's some more of those sacks on the bottom. 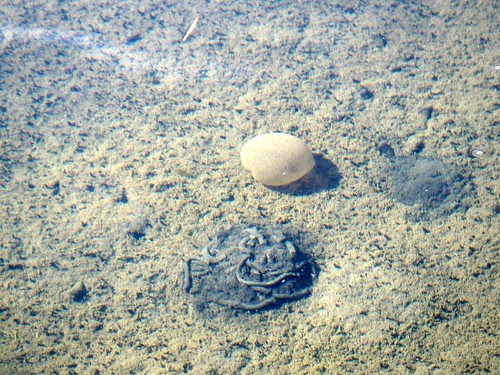 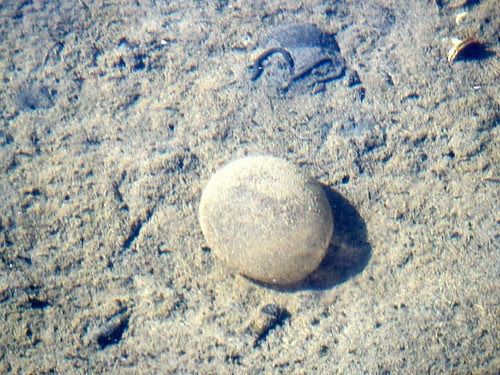 And another.Some, like this one, were transparent. And you can see that they are attached to the bottom, and it looks like the ground is blowing them up like bubble gum. We don't think that that is what's really happening -- that would just be too freaky! 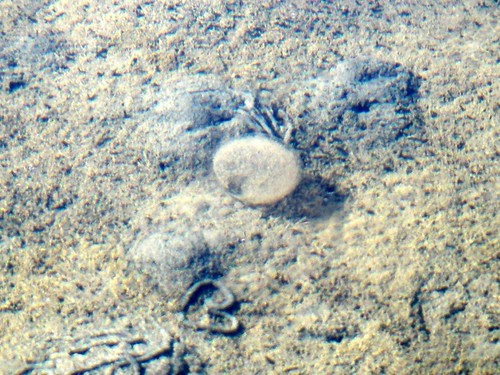 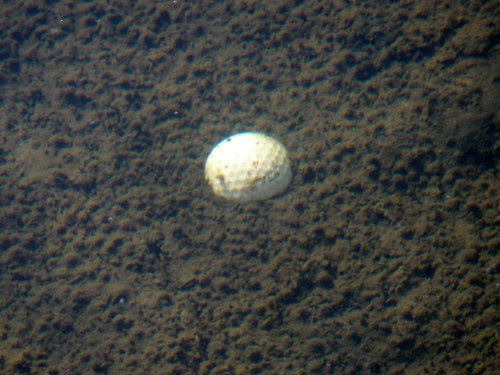 Yes, someone's been driving golf balls into the inlet, and we suspect that it's from the area behind Paula. (If so, it proves that whoever is doing it is no Tiger Woods.) Paula decided to liberate a golf ball. You can see that she's trying to scoop it up with her paddle. 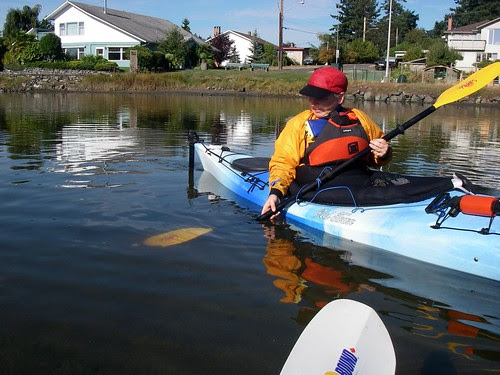 That idea didn't work, but the water was so shallow that she was able to reach in and grab one. 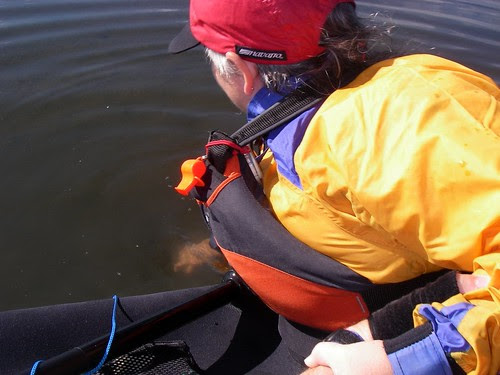 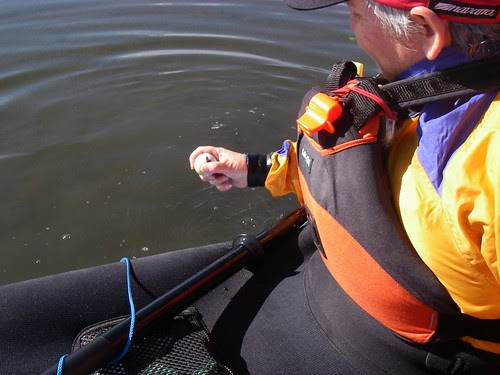 After paddling around the Inlet, we headed towards Colquitz Creek. We passed a heron up in the tree. 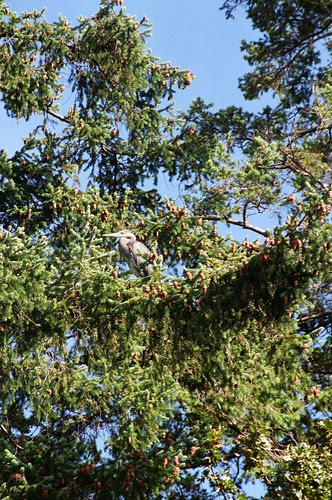 Now we're up the creek. 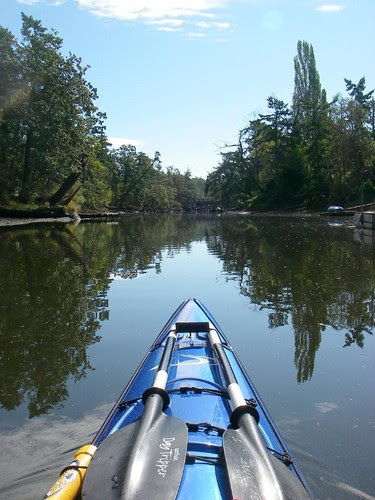 We found some gooses. Er, I mean geeses. Geesi? Goosarinis? Well, you know what I mean. 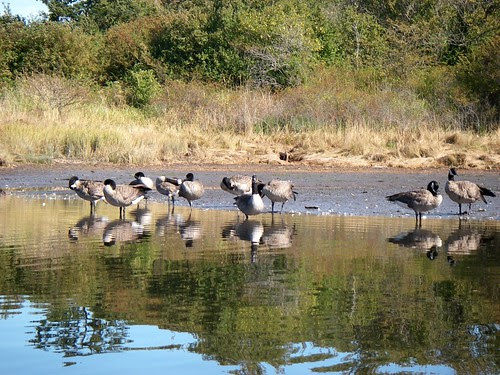 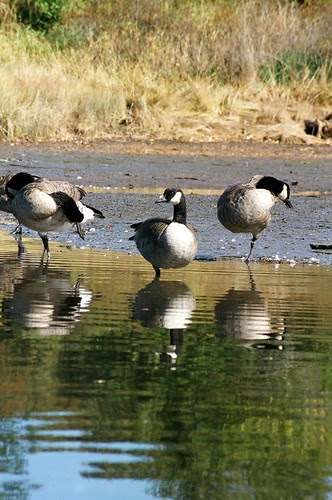 And who did we find up the creek? None other than Karl and Stephanie, who yet again put in a couple of minutes after us and went the other way. 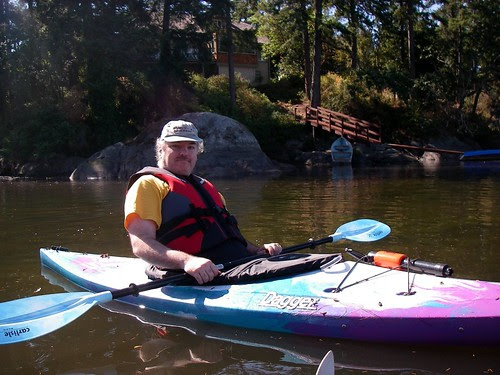 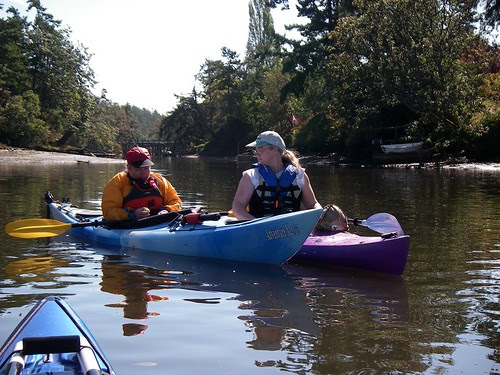 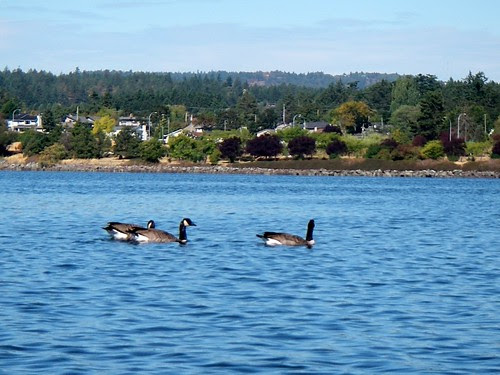 And no paddle trip would be complete with a posing heron. 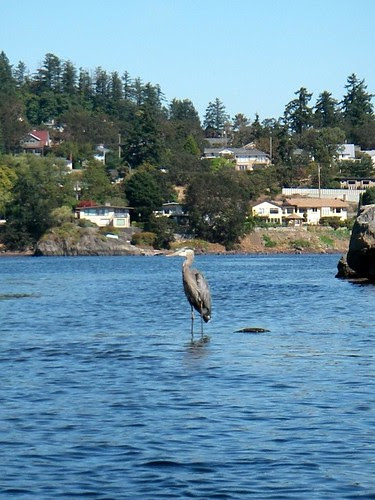 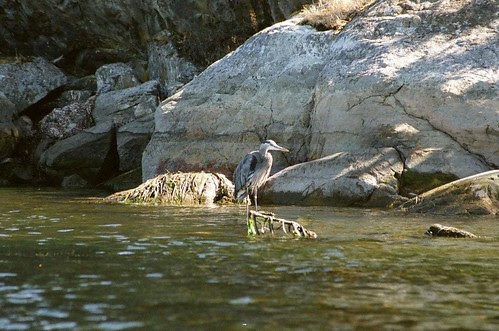 After the paddle, it was time for lunch. We headed to Barb's Fish and Chips. Bernie had figured out he was getting golf balls for dinner so he decided he'd better fill up ahead of time. 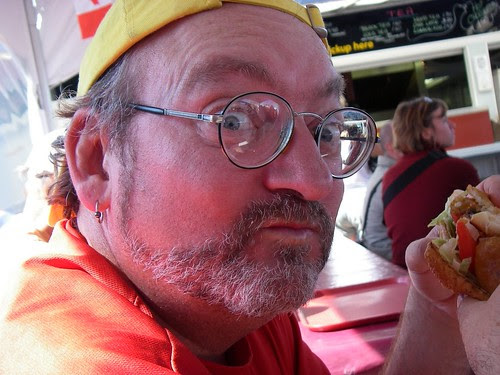 Hey, what's that under the water? 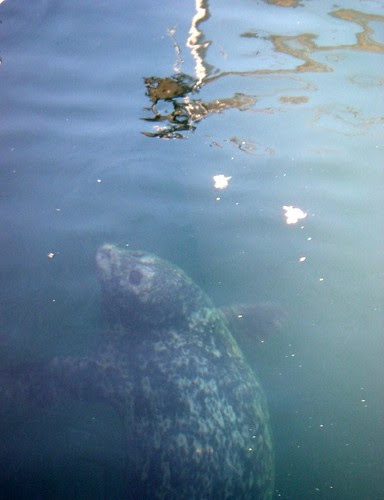 It's a seal in the harbour! That must be why they call them harbour seals! 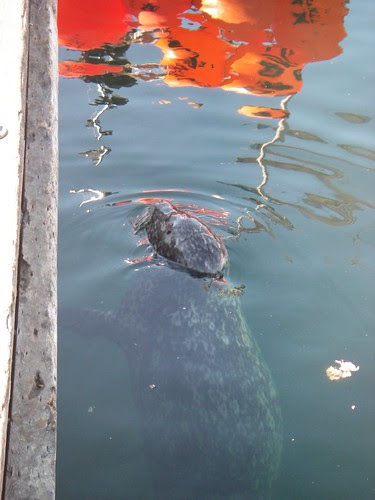 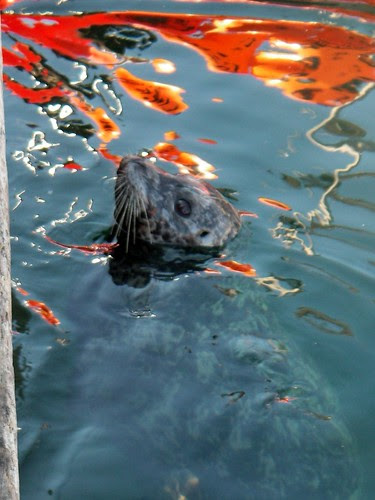 Here's looking at you! 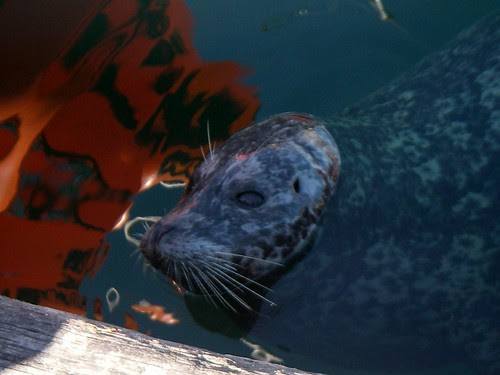 My pictures are here.
Posted by John at 5:20 pm