Following Up On Turtles

Last week's blog post concerning our turtle sightings at Thetis Lake prompted some email from Todd of the Habitat Acquisition Trust. Not being a turtle expert, I misidentified the turtles as the local (and endangered) Western Painted turtles, and Todd was kind enough to correct my mistake (and I've corrected the original post). 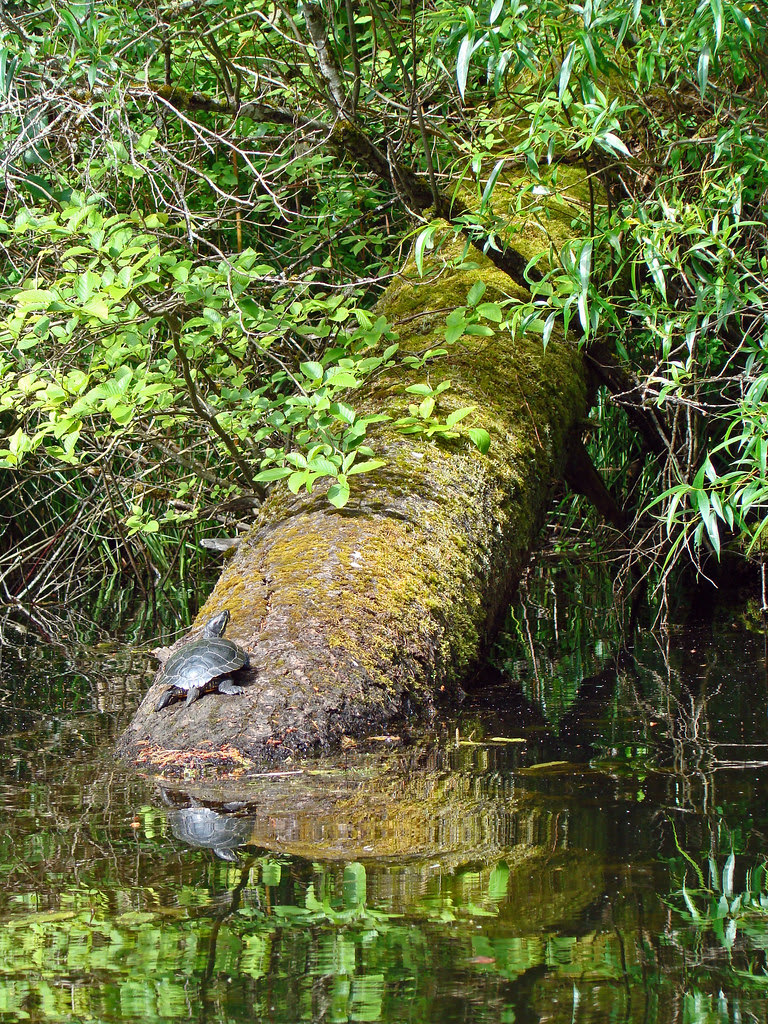 The Habitat Acquisition Trust is a local non-profit regional land trust dedicated to helping people understand and care for natural environments in the Victoria area through land acquistion, and local lobbying efforts.
One of their projects is the monitoring of the Western Painted Turtle. Todd said, "We are asking for reports on the Endangered Western Painted Turtle from anywhere on Vancouver Island, the Fraser Valley, and the Sunshine Coast as part of our work through the federal Habitat Stewardship Program (Environment Canada). Our public outreach and research is designed to create more knowledge of the species' population distribution, behaviour, and other characteristics so that we can help to protect the remaining populations here."
In previous years, the Habitat Acquistion Trust has surveyed local inland waters looking for the painted turtle, and just last month reported that two new painted turtle habitats may have been found.
So what species of turtle did we see? Todd identified them as red sliders (with maybe a pennisula cooter thrown in for good measure). The turtles we saw were most likely released pet turtles, and releasing pets into the wild is usually a definite no-no. (Just ask UVic with their current rabbit issues.)
I asked Todd if released pet turtles could pose environmental concerns. "We are studying the interactions among native and introduced turtles," he replied, "but we don't have a clear understanding of actual consequences. It seems apparent that sliders can outcompete the natives for basking space which is often a limiting factor. Pet turtles could also introduce parasites or disease to our native amphibians, turtles, and reptiles."
If you spot a turtle in local waters, the HAT would love to hear fom you. Email hatmail@hat.bc.ca. Not sure what kind of turtle you've seen? They've thought of that, too. Here's a local turtle indentification chart (opens as a .pdf). 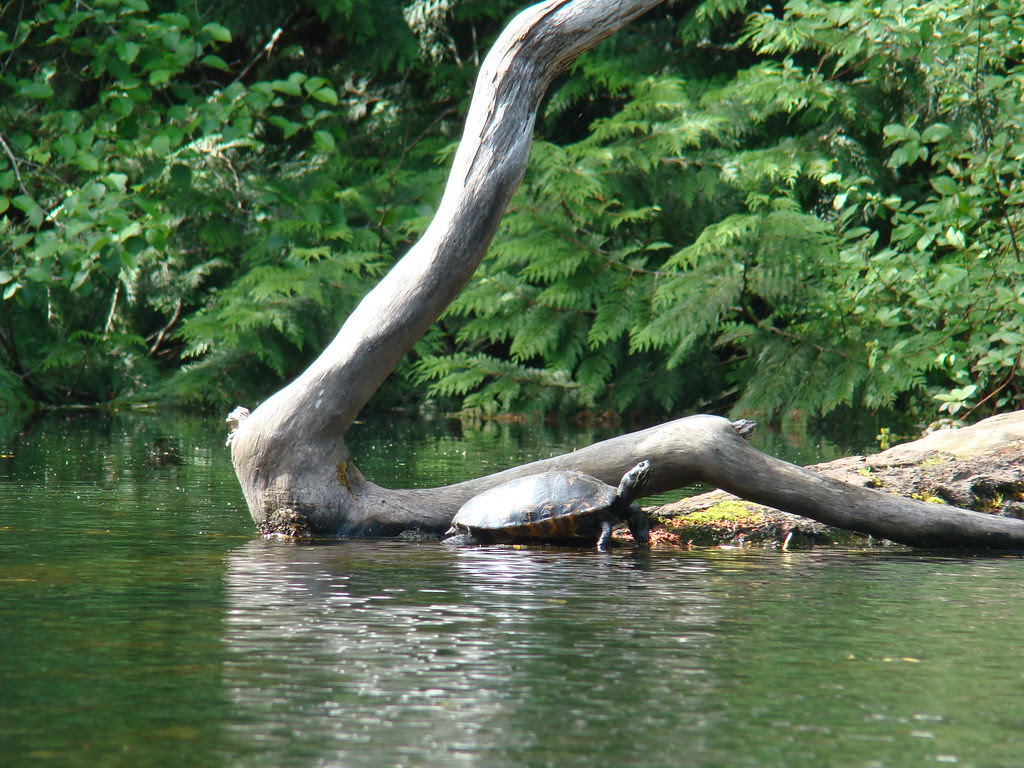