We were an eclectic group yesterday for our evening paddle on the Gorge, that's for sure. Louise and I were in our Deltas, Paula in her Advanced Elements Expedition and Khaled was in his Pelican. 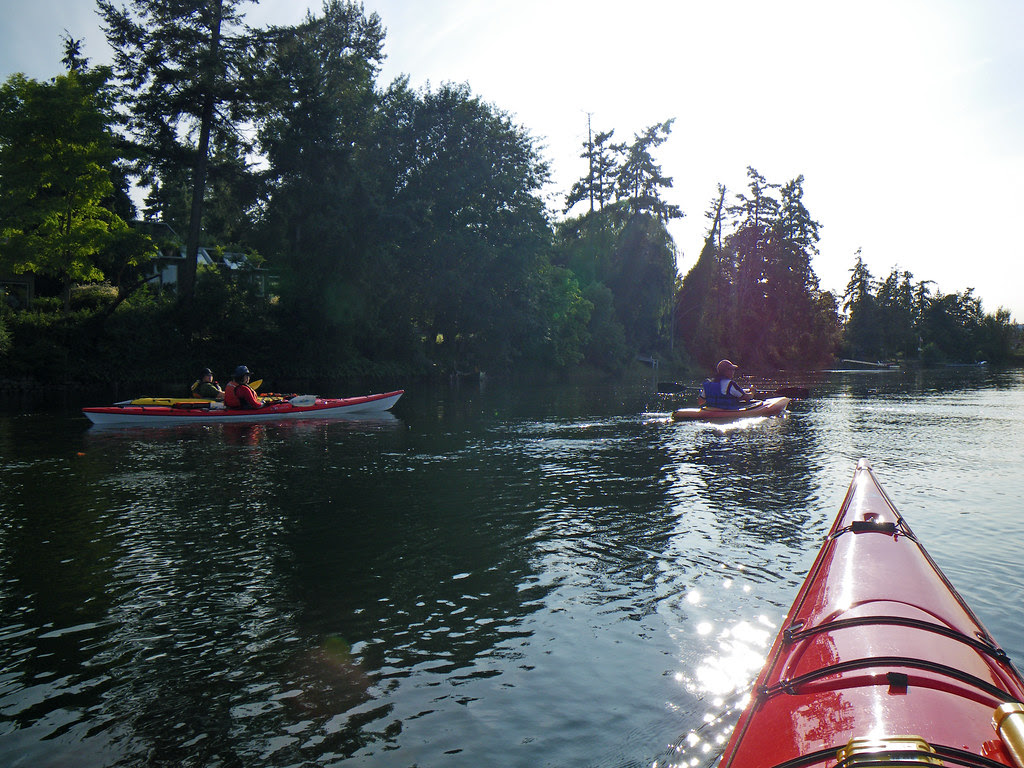 And Brian? Brian was in this: 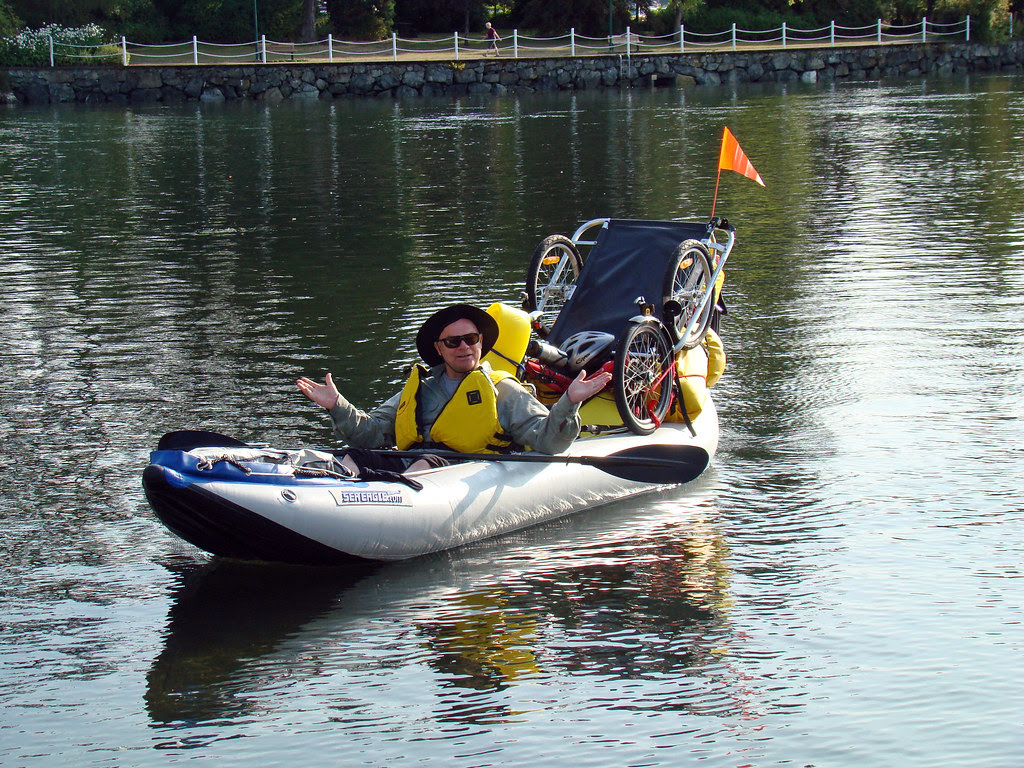 It's a Sea Eagle inflatable kayak. And on the back end, he's lashed down his recumbent trike, his kayak bags, and the trailer for his kayak. Although bulky, his trike is fairly light and his kayak is rated for nearly 400 kg of cargo. But what if it rolls over? Brian has attached some PFDs to the trike and he says when it rolls over, it practically rights itself.
It made for an interesting sight on the water. 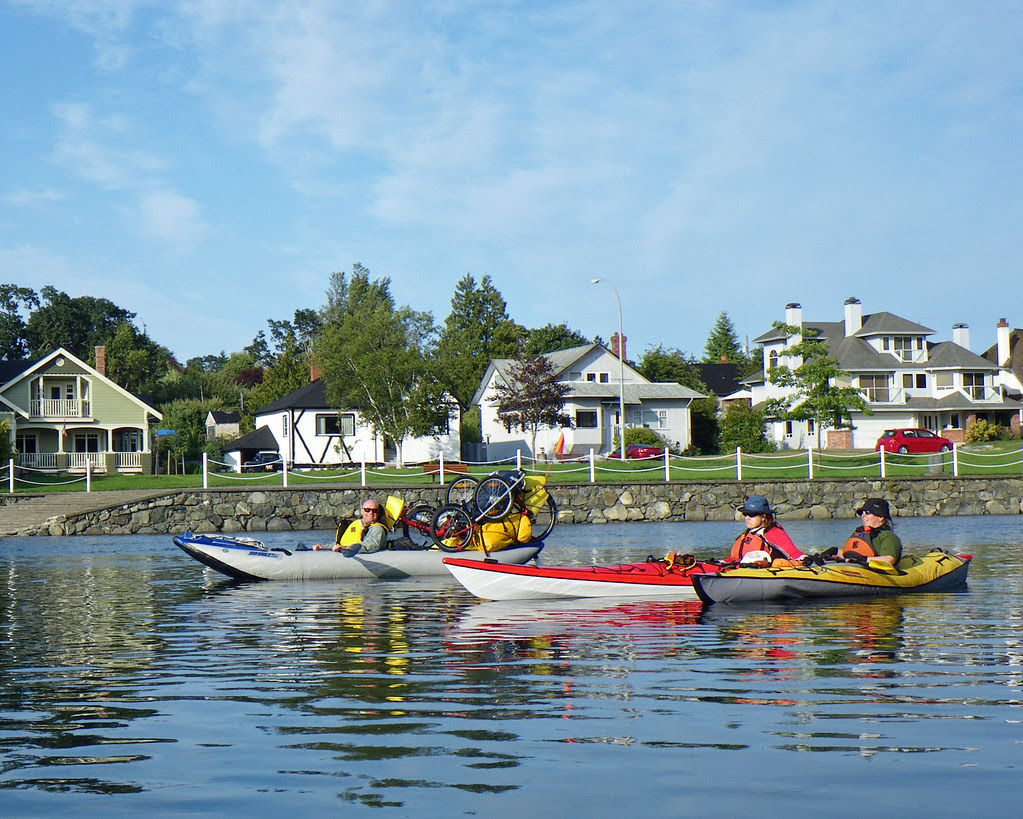 There was hardly any wildlife to speak of yesterday. No eagles, no seagulls, hardly any geese. We wondered if they were hunkering down in anticipation of bad weather. Thunderstorms, a rarity in these parts, were expected later. 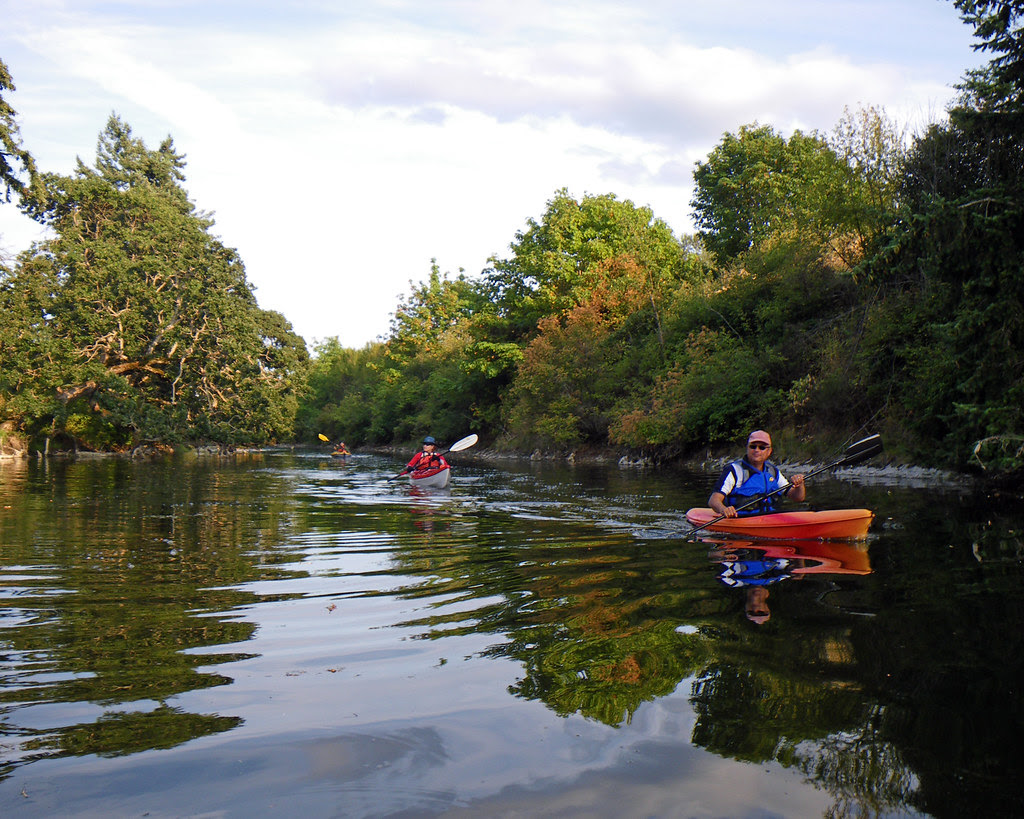 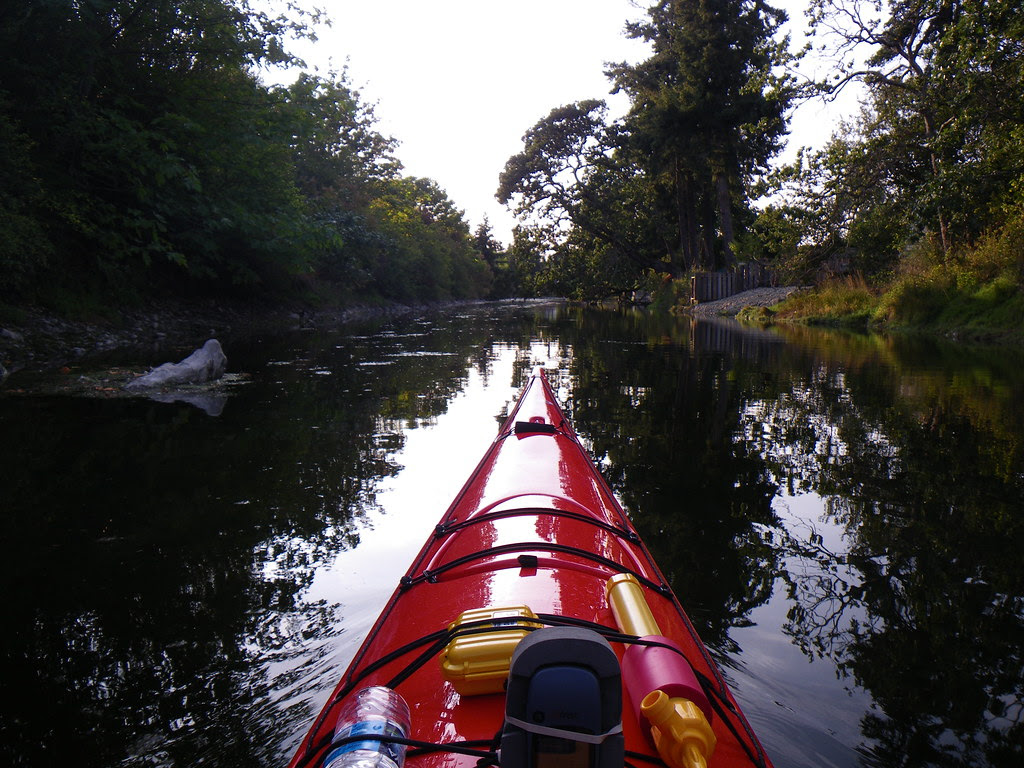 We meandered up Craigflower Creek. The tide was high enough that we hoped to get to the tunnel under Highway 1. But we had to get around the fallen log. I tried to get around it, but my boat is just too big. The last time we were here, I was in a 14' boat and was able to squeeze around, but at 18' my new ride is just too long. Louise in her 17' didn't even try.
I backed out of the way and Paula said, "Khaled, this is your moment to shine." They were able to move around the tree and the rest of us waited for them while they paddled through the tunnel. I (and you) will just have to be content with the photos I took of the tunnel from our previous visit. 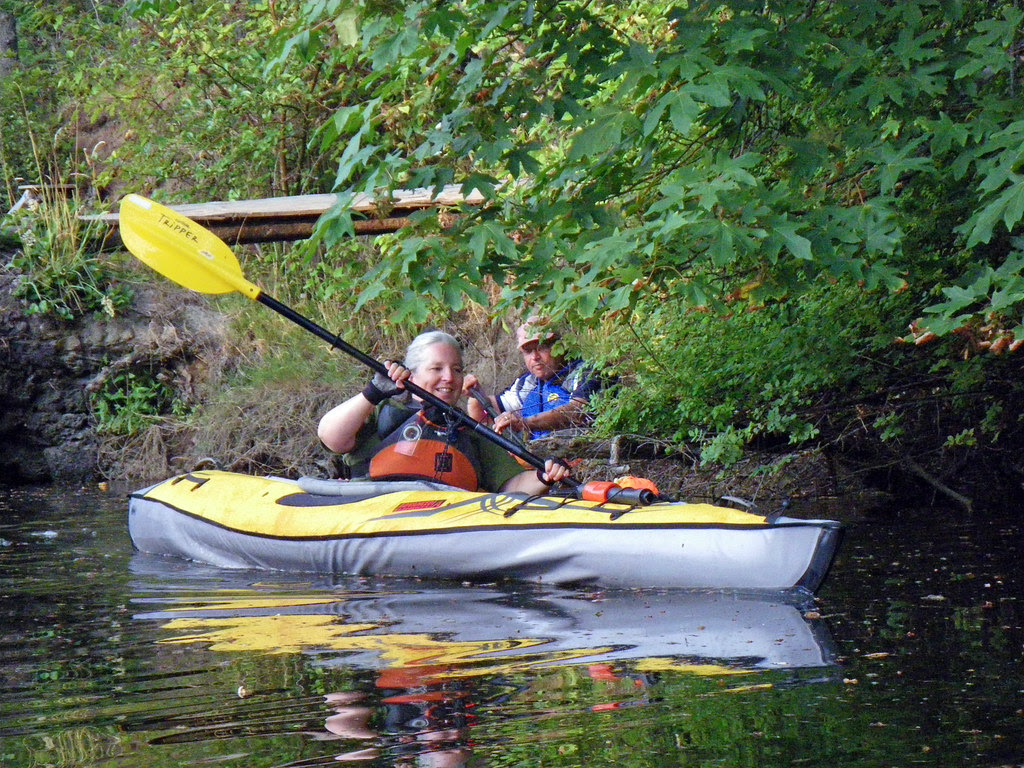 We were quickly losing the sun as we headed back towards home.... 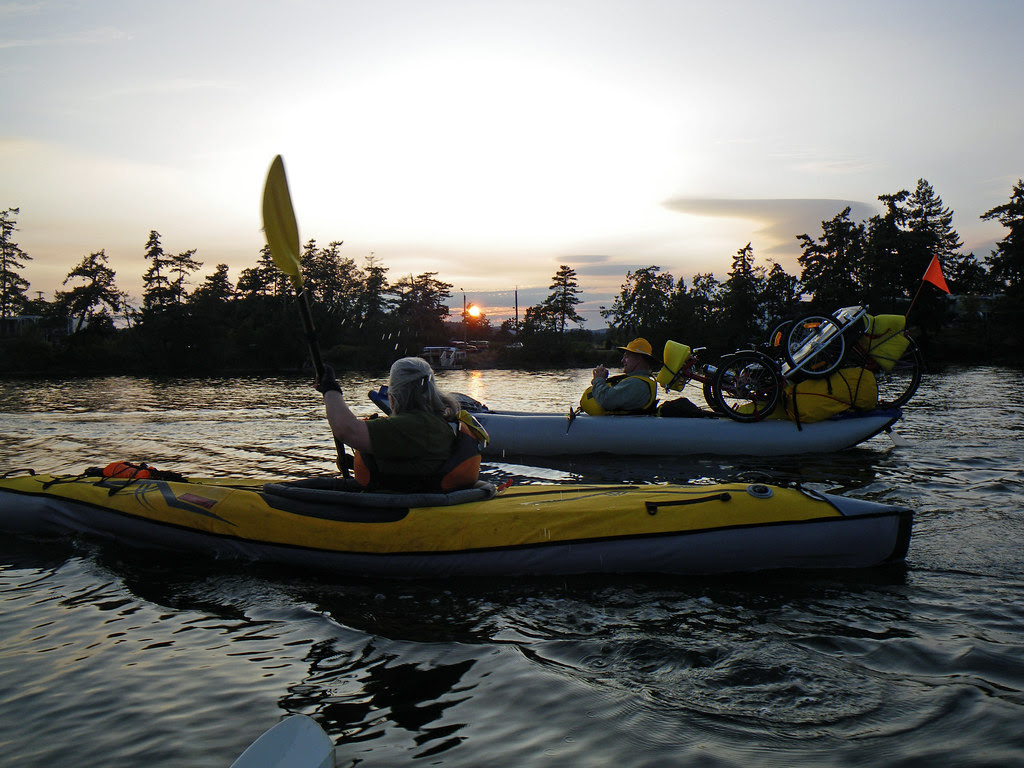 ...and we weren't the only ones heading home in a hurry! 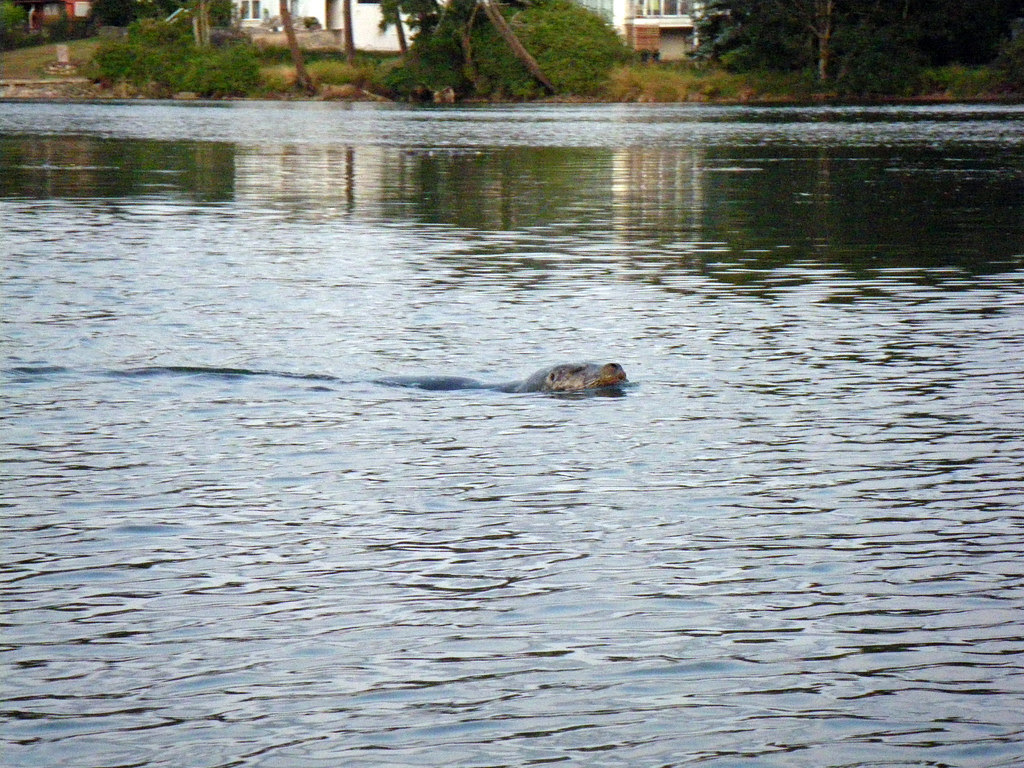 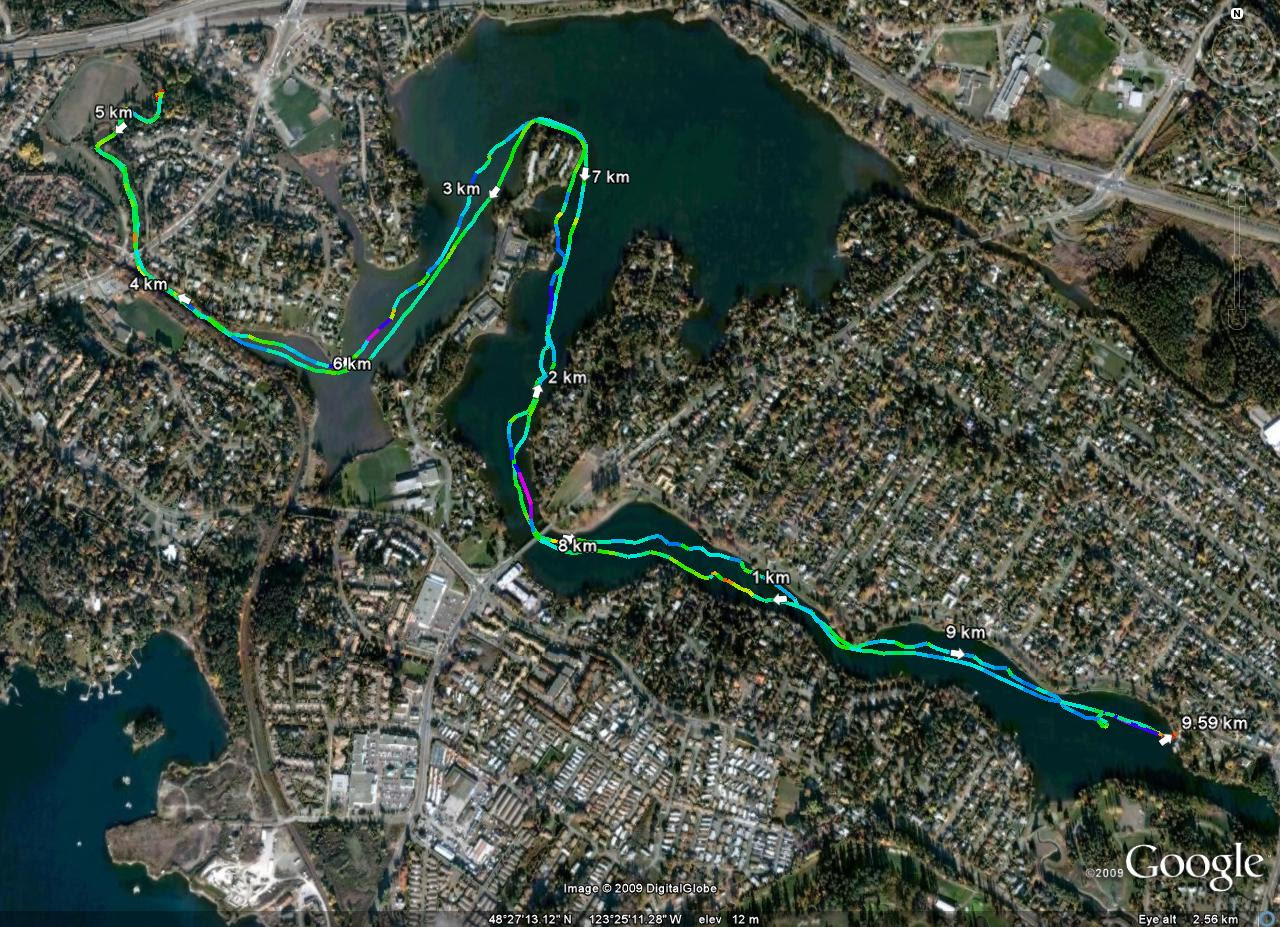