A bright and warm sun heated up the sea and sand as hundreds of kayakers hit the beach at Cadboro Bay for MEC Paddlefest 2008.
Our day started out with a stop at Paula and Bernie's place nearby, where they showed off their new kayak. It's a Lazer, about eleven feet long. They found it abandoned on the beach. They've put up "Found" notices around the neighbourhood, but so far no one has claimed it. Because Bernie can only fit one leg in, it's now Paula's fourth kayak. Once she gets one for every day of the week, she may stop. 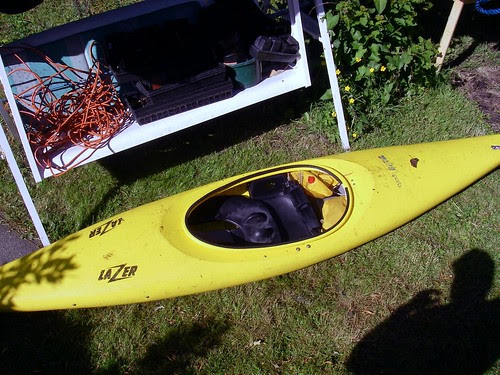 As mentioned, Louise and I stopped by Paula and Bernie's to start the day with a quick nosh at Starbucks, then we headed down to the beach. The rest of the regulars are out of town; Alison is on a course in Montréal, and Richard is at a scooter rally in Idaho. (That's what he says, anyway. We think he's here.)
It was just a gorgeous day for paddling, the only complaint was that the breeze was a little chilly, but that is just a minor quibble. It was beautiful.

There were some on-water courses and some on-land courses, but we just wanted to demo boats. Louise hit the water first in this Point 65°N kayak. They seem like good boats at a good price. I can't say that Louise was overly impressed with it, but she didn't mind it at all. 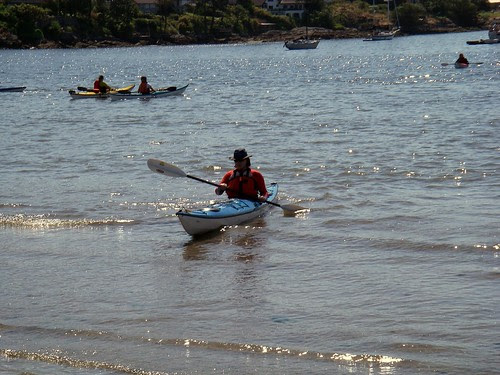 Then she tried this Current Design Gulfstream. She found it a little tippy and not her thing. I tried it and it fit like a glove that was two sizes too small.
It's too bad -- I like the look of Current Design boats and they seem really solidly built and excellent kayaks, but I just can't find one that suits me. 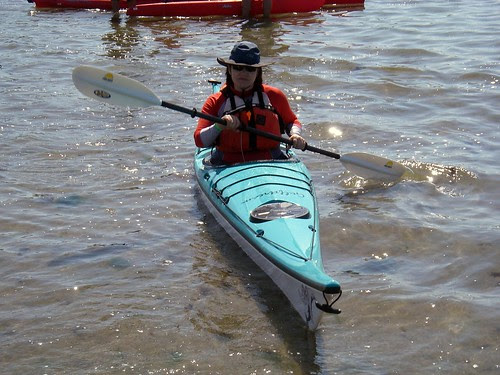 We couldn't come here and not try the Deltas. Here, Louise gets ready to head out in the Sixteen. This model is not in production yet, but we hear that they may hit the stores in August. Louise loves this boat. She'd've bought one on the spot if there were any for sale.
Paula took it out and was impressed, too, but she still prefers her Necky Eliza. 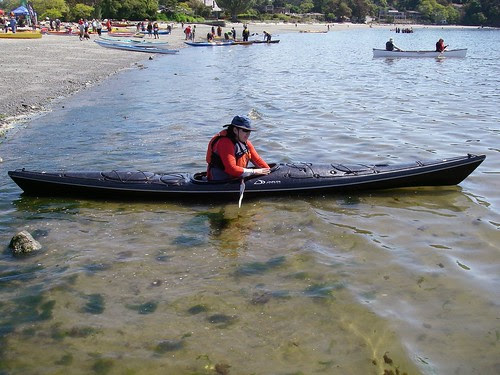 I took out the Delta Eighteen5. And I liked it! 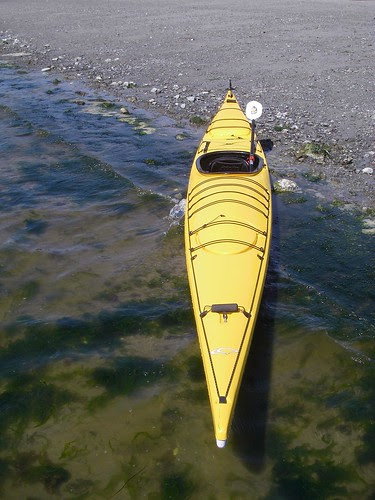 It was a fun and picturesque day on the water, a perfect last paddle day before I take a short medical leave. Let's hope the weather is still good in July when I'm back on the water! 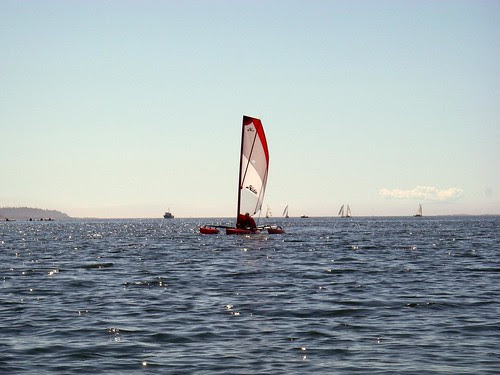 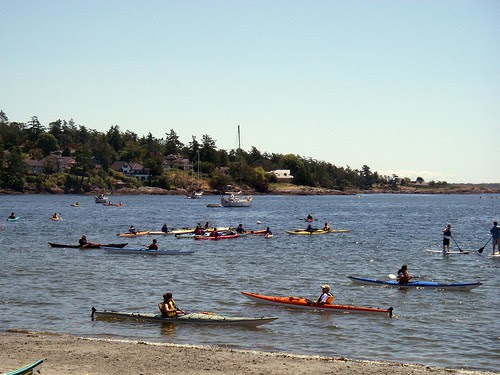 John's pictures are here.
Posted by John at 4:26 pm