So Saturday finally saw an attempt to paddle Sooke Basin . We launched in Cooper's Cove about 3:00pm--a lot later than our usual 9:00am. The weather was nice, but with a steady onshore wind. As the tide was on the way out, this was going to lead to choppy waters--I could see whitecaps off in the Basin proper, once you exited the cove. 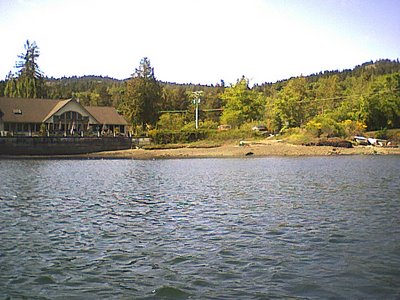 Looking back at the beach we just launched from. To the left of the restaurant is a kayak rental outfit. 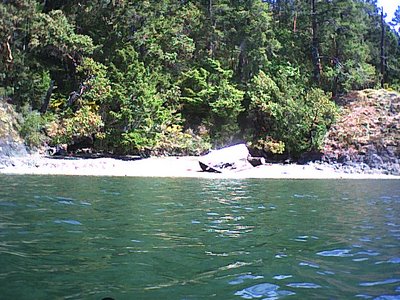 On the east side of the cove is a wrecked fishing boat that is fully exposed at low tide. 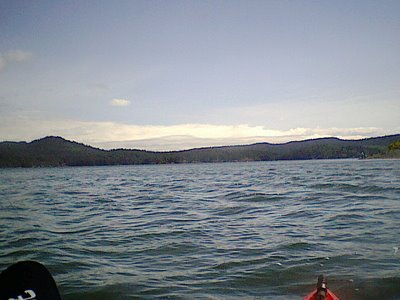 This shows the exit from Cooper's Cove into Sooke basin proper. The Basin isn't as wide as the maps lead me to believe, but it is plenty long.... about 2 km across but 4 km long--and then you are in Sooke Harbour. 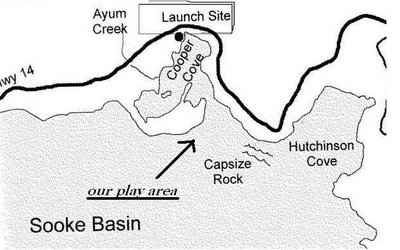 With the wind, a long excursion seemed to be out of the question. With a strong onshore wind, paddling was difficult--about 60% of your energy was dedicated to maintaining your position against it. John and Louise in particular wanted to simply get used to using thier new boats in choppy conditions. 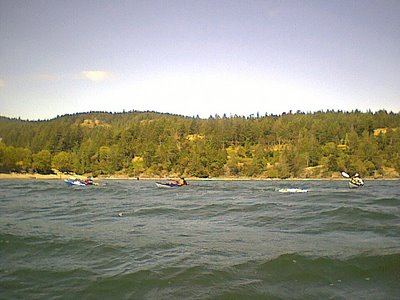 The learning curve isn't as steep with a new boat as it was with a first boat, but there is still a curve. The Delta's handle the waves much better than the Dagger Bayou's did, but learning how they handle the waves takes practice and time. 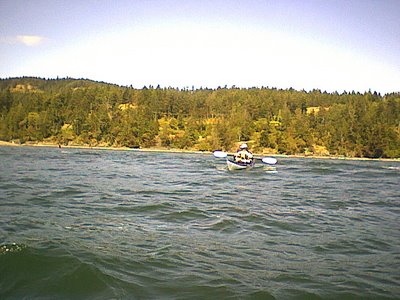 It might be a little hard to tell, but John is riding much better in the Delta. I mean, he has actual freeboard, something the Bayou didn't have.
Paddle excursions seem to have themes these days. Todd Inlet had the oyster day, the starfish day, and the crab day, for example. Each day seems to be different. Today, for example, was jellyfish day. You would catch sight of the occasional one in the top 450mm of water, but when you stopped to look, you realized that there were thousands of jellyfish in the waters of Cooper's Cove. 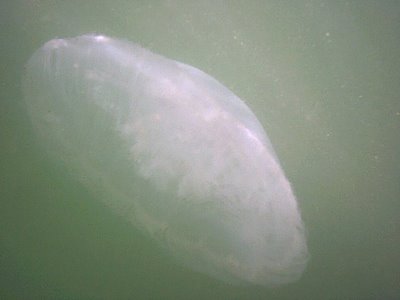 I spent a lot of time trying to photograph these creatures--not an easy thing. I would dunk my camera 300mm or so under water and point in a general direction, hoping that my motion and the motion of the jellyfish coincided. It did--twice. Once this side shot, and once from very close up. 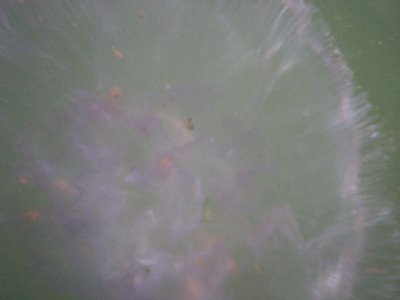