Well, out this afternoon at Telegraph Cove. Not so big swells today. We did a bit of coastal cruising.... 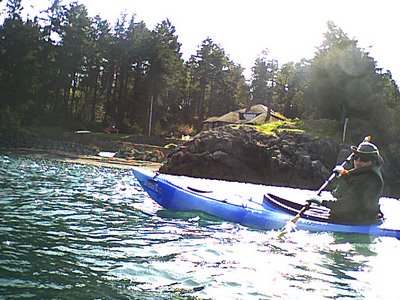 And spotted this big fellow eating something. I managed to get within about 4 or 5 metres of him without scaring him off. I would say, beak to tail, that he was at least a metre long. Big big bird. 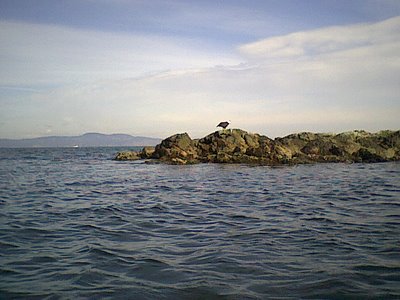 Of course there were the obligatory cormorants. 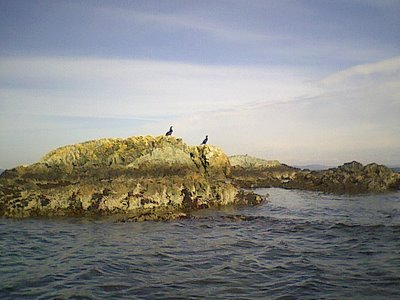 But thre were also little fellows that looked like oystercatchers. The day was really quite gorgeous. 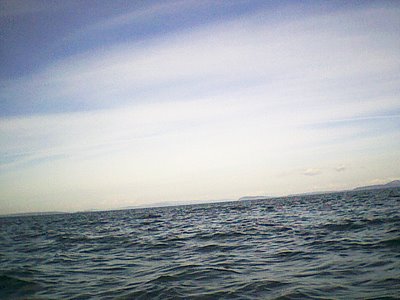 We stopped at the shopping centre and found another half-dozen kayaks on top of cars already in the lot! Including this Cape Charles from Cheasapeake Light Craft. The very model I've been planing on building. 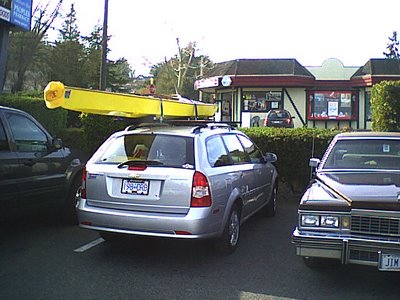 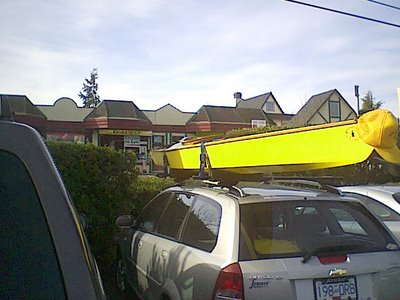 Nice way to spend an afternoon.
Posted by Bernie at 4:24 pm